Wittenberg University faculty members are standouts in their fields of academic study and research. Check this page often to read about their achievements and activities. 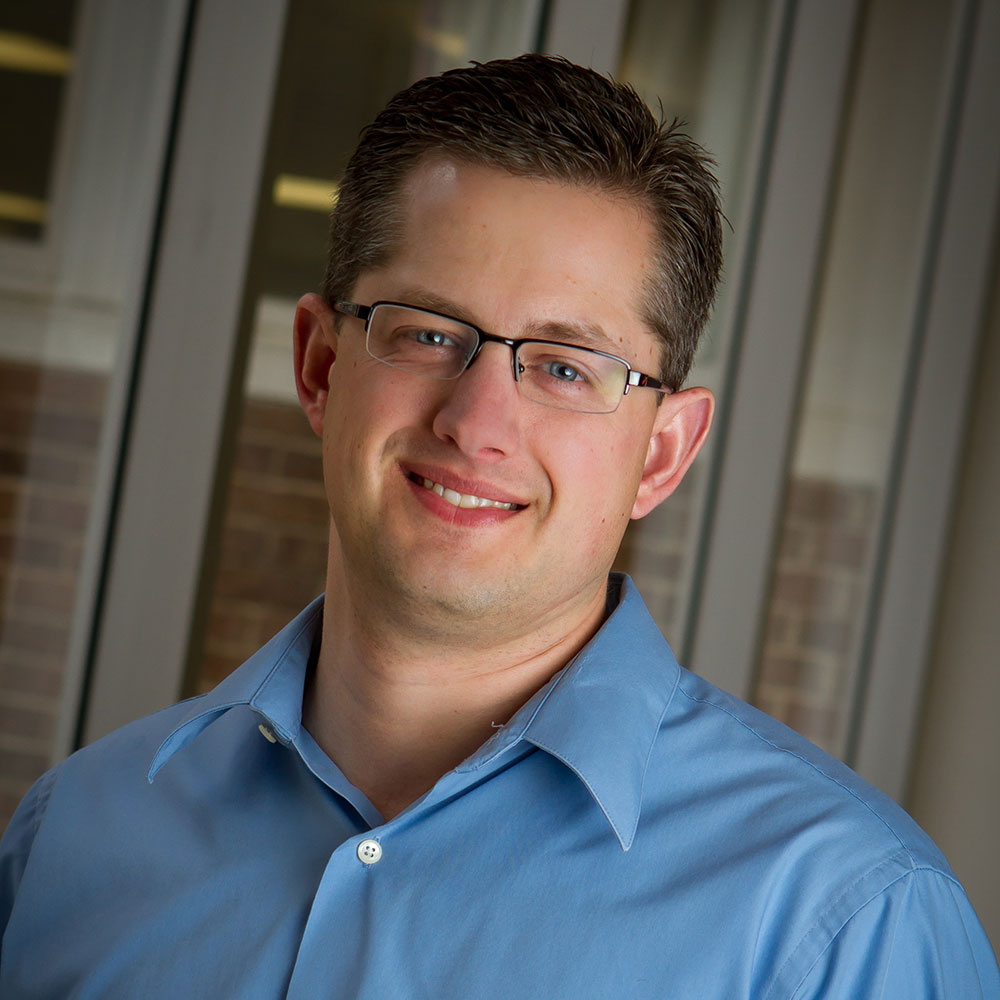 Commitment to Student Success: Wittenberg Chemistry Professor Furthers Student Success Through Active Learning
Wittenberg University Professor of Chemistry Justin Houseknecht has taken his commitment to student success to a whole new level over the last seven years. A proponent of active, hands-on learning, Houseknecht has become passionate about sharing with other chemistry faculty the teaching techniques that are contributing to higher student success rates in his organic chemistry classes. His efforts have resulted in the recent publication of a book and two academic articles. (posted 02/25/2020) 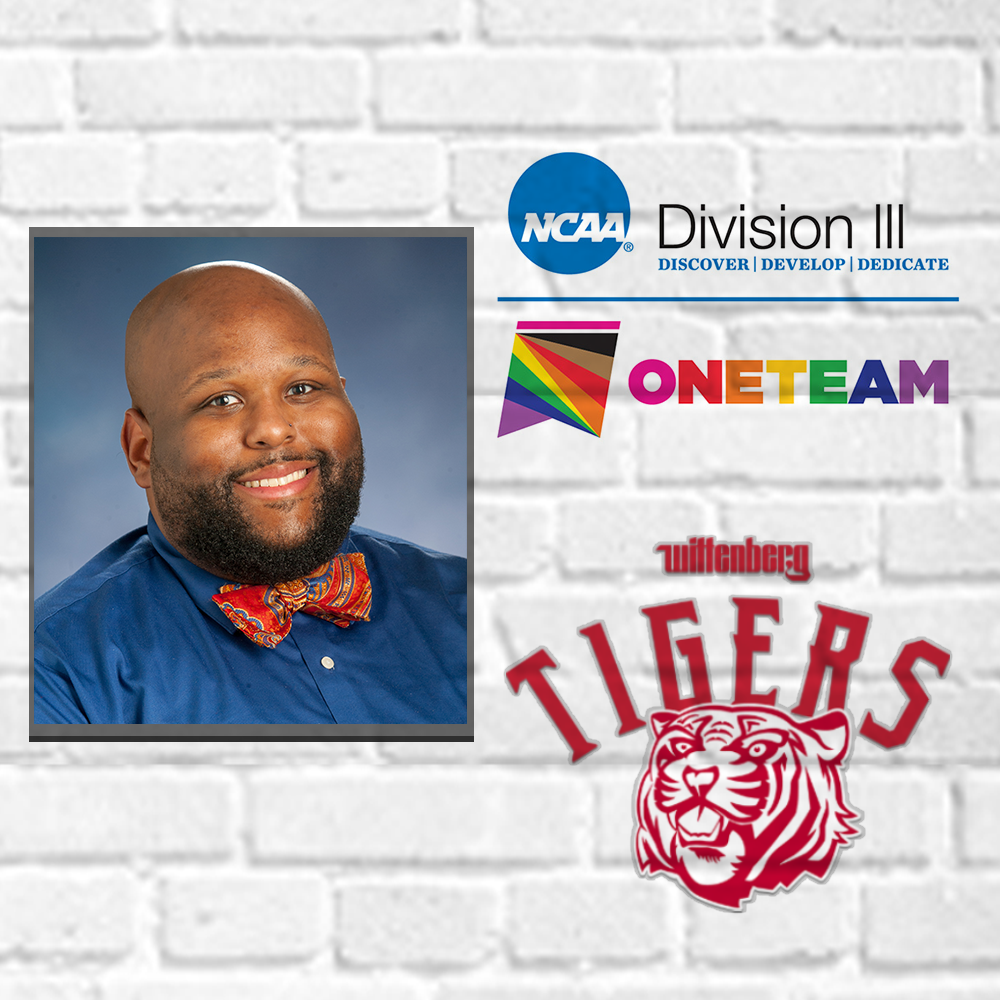 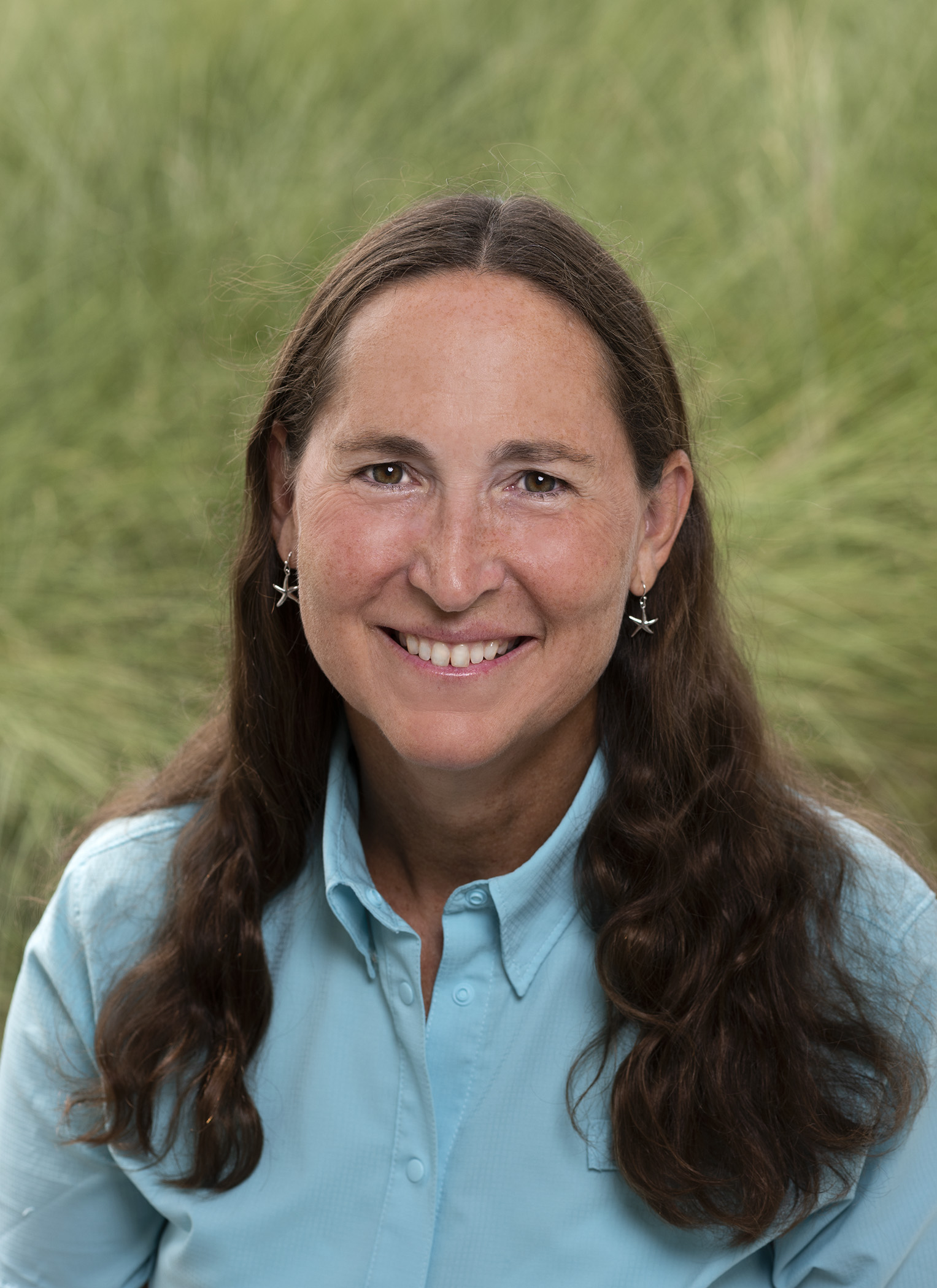 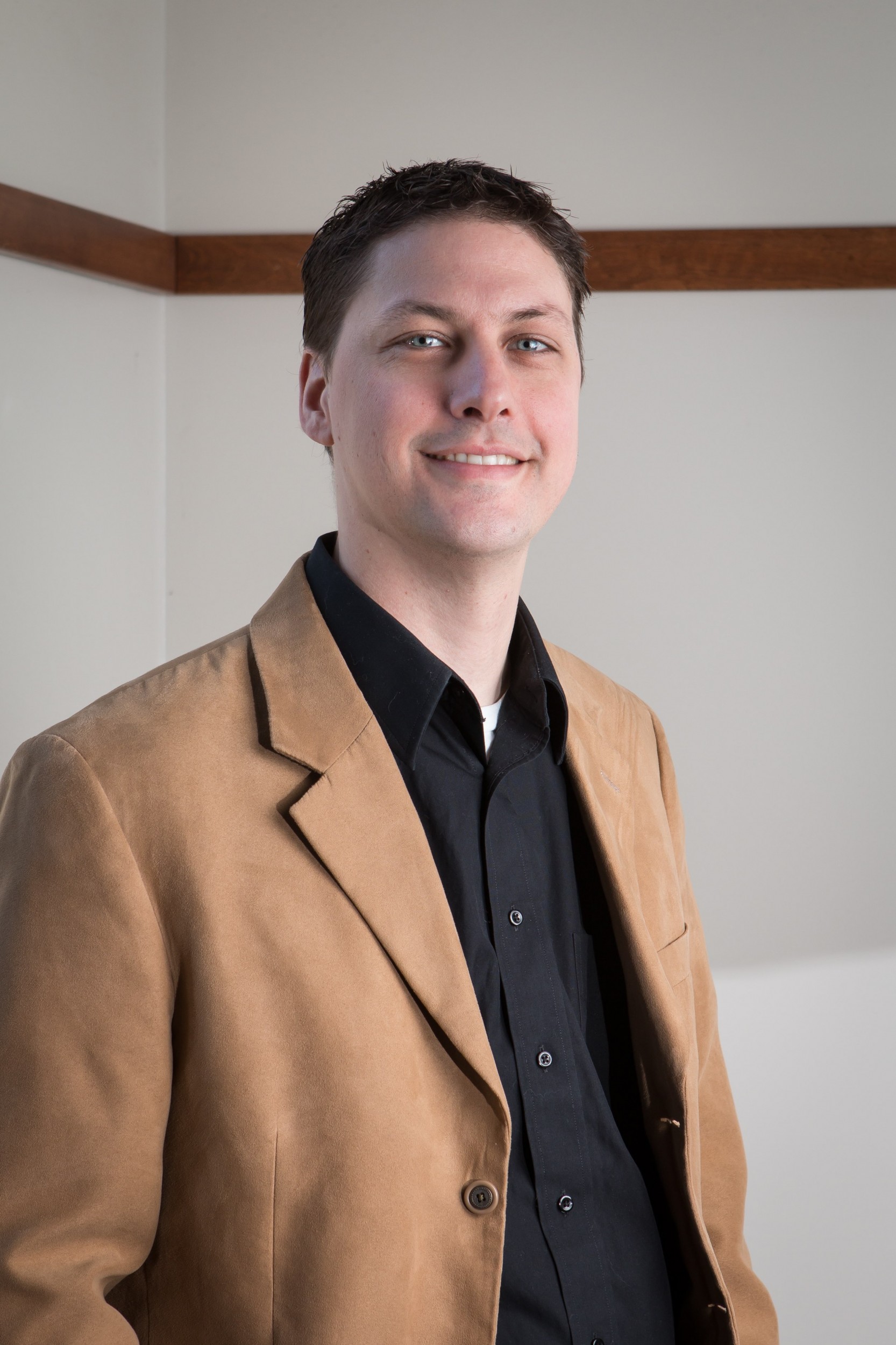 Hagen Center Names Director: Hasecke Named Interim Director of the Hagen Center
Ed Hasecke, professor of political science and Wittenberg class of 1997, has been named the interim director of the Susan Hirt Hagen Center for Civic and Urban Engagement. (posted 12/05/2019) 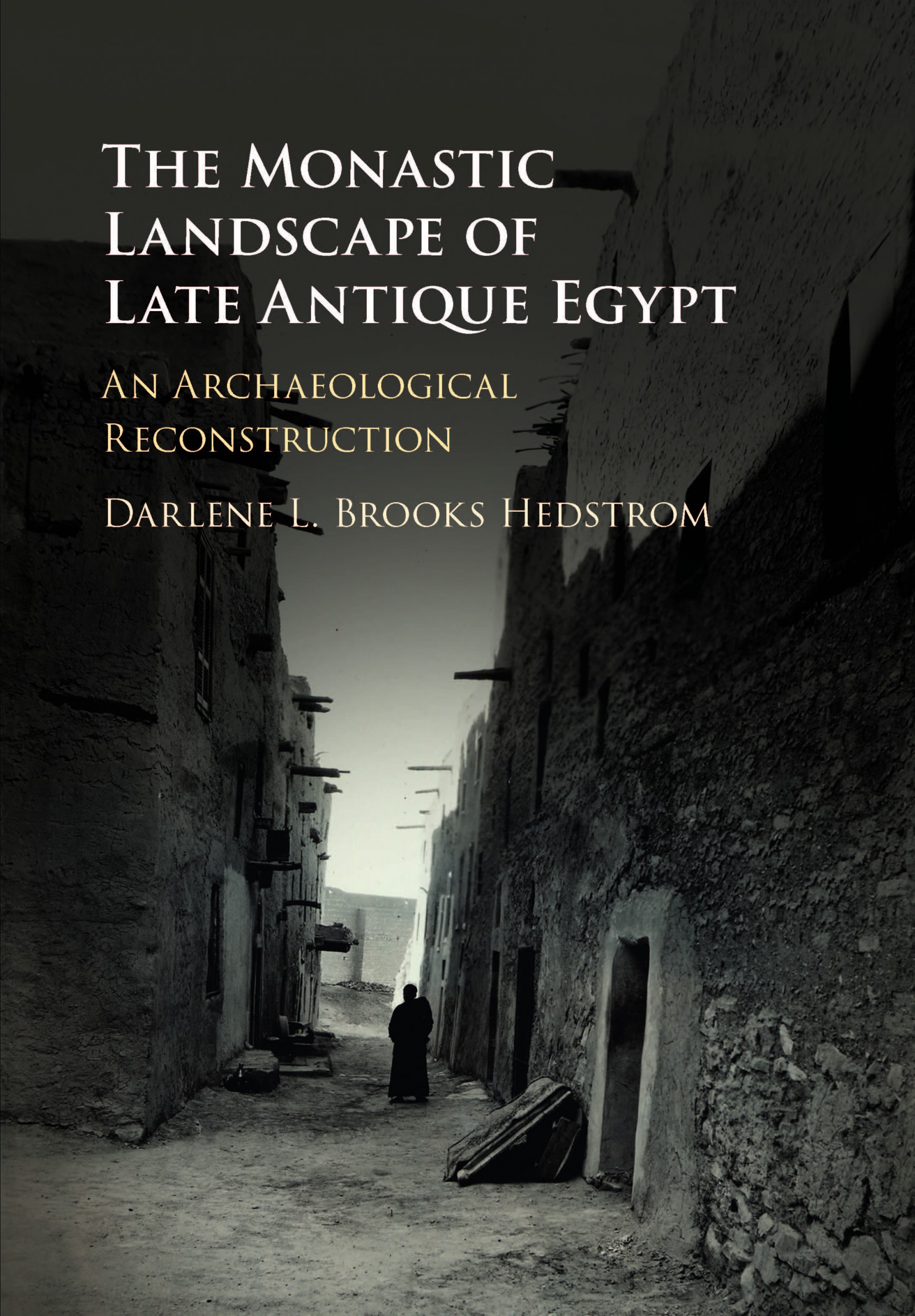 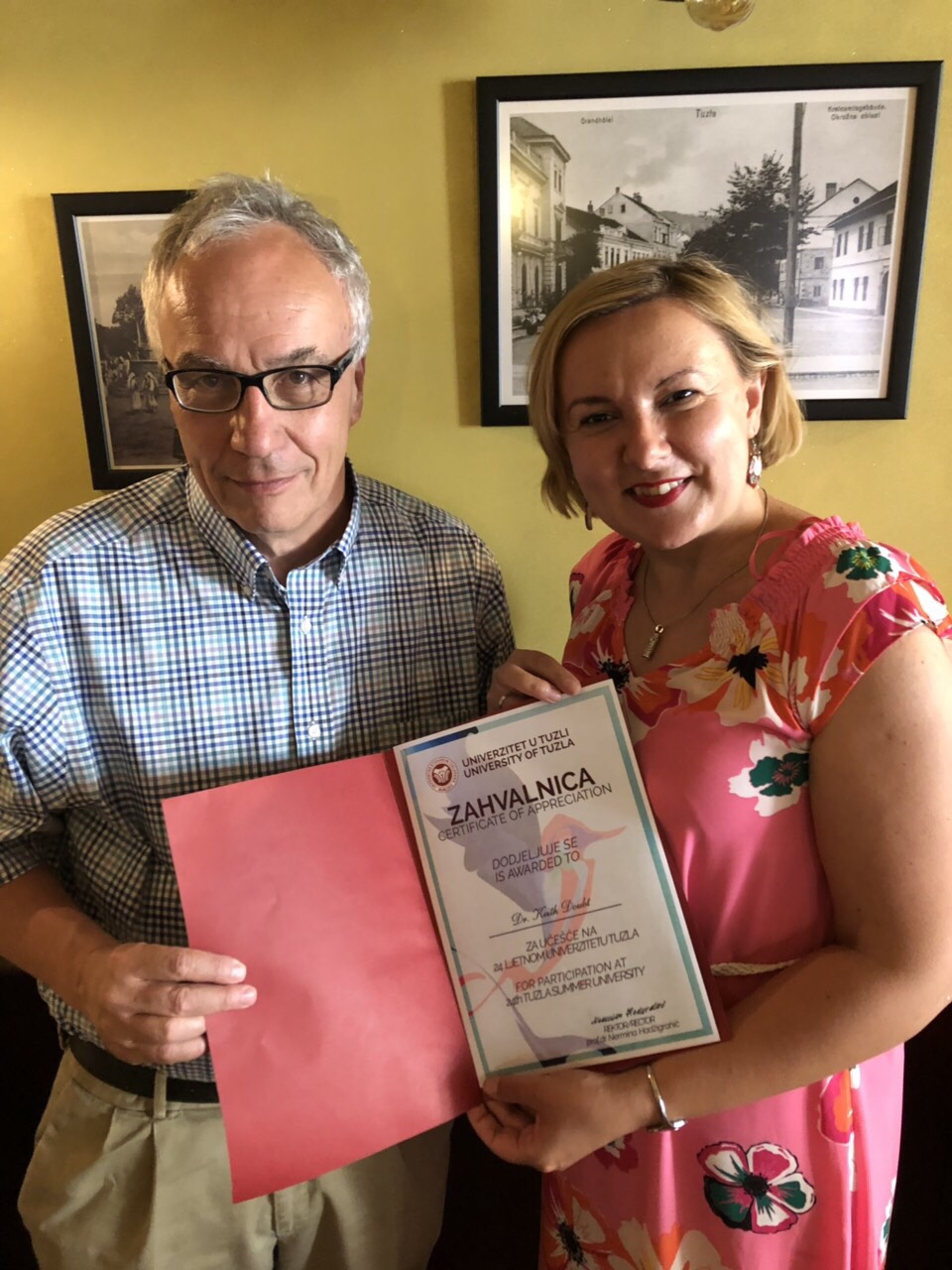 Book on Bosnia: Wittenberg University Sociology Professor Publishes Fifth Book on Bosnia
For more than 25 years, Keith Doubt, Wittenberg University professor of sociology and department chair, has been interested in Bosnia. After years of research and writing, as well as several summers spent living and teaching there, he is convinced that the Bosnian society is resilient, despite a war and genocide that claimed the lives of 150,000 people and displaced more than 2 million. (posted 9/20/2019) 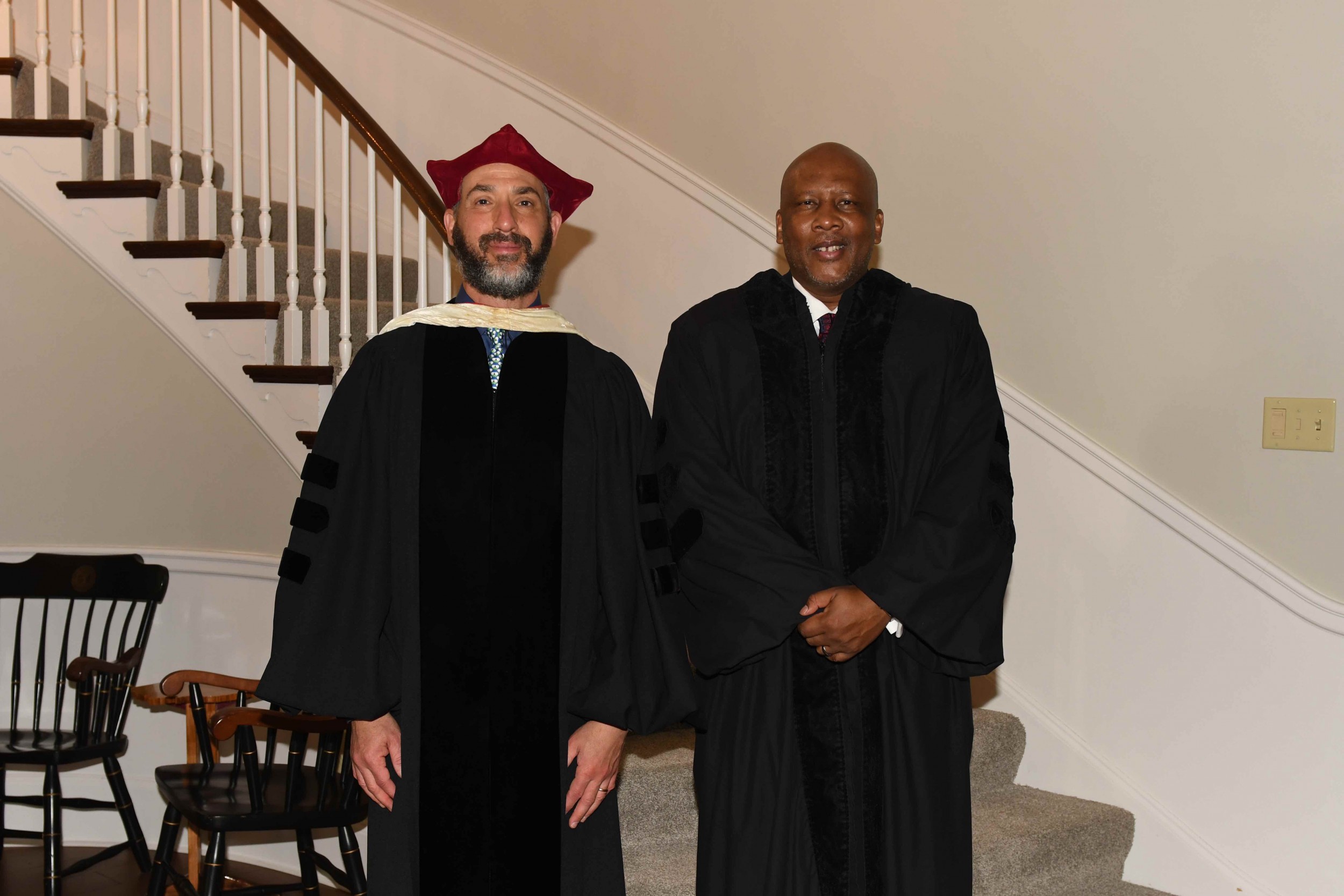 Rosenberg Named: Wittenberg University Names H. Orth Hirt Chair in History
The Office of the Provost has announced that Scott Rosenberg, professor of history, will hold the H. Orth Hirt Chair in History, endowed in memory of the founder of Erie Insurance Company, who graduated from Wittenberg in 1911, and whose children, the late F. William Hirt and the late Susan Hirt Hagen, also followed in their father’s footsteps, graduating from Wittenberg in 1947 and 1957, respectively. (posted 3/12/2019) 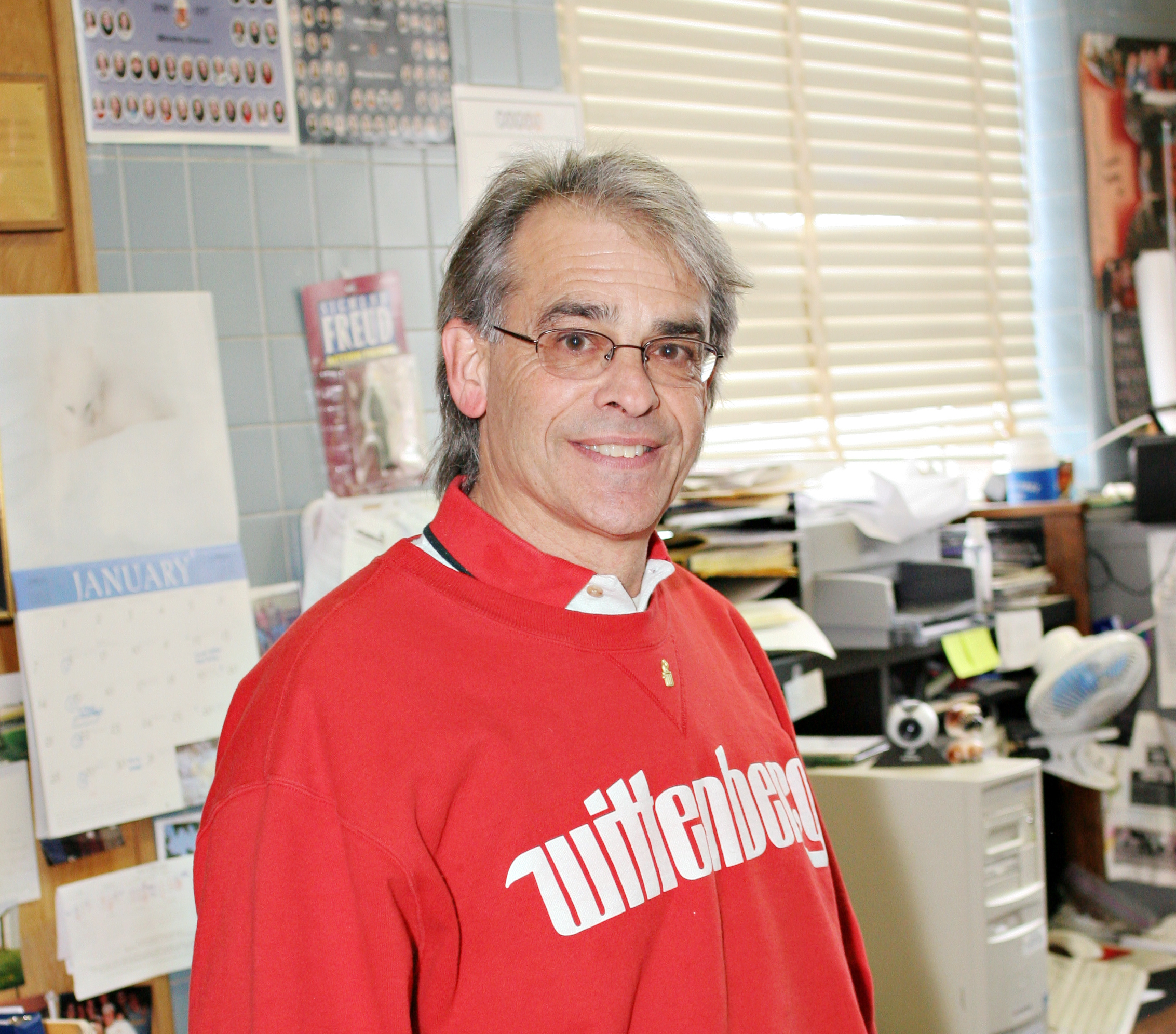 Brown Named: Wittenberg University Names New Keil Chair in Psychology
The Office of the Provost has announced that Cliff Brown, professor of psychology, is now the new Paul Luther Keil Chair in Psychology, a position endowed by the late Rev. Paul Keil in loving memory of his parents, Luther F. Keil and Mary Ruth Slater Keil. Endowed chairs are permanently funded positions typically established through gifts from donors to support excellence in teaching and scholarship. (posted 3/13/2019) 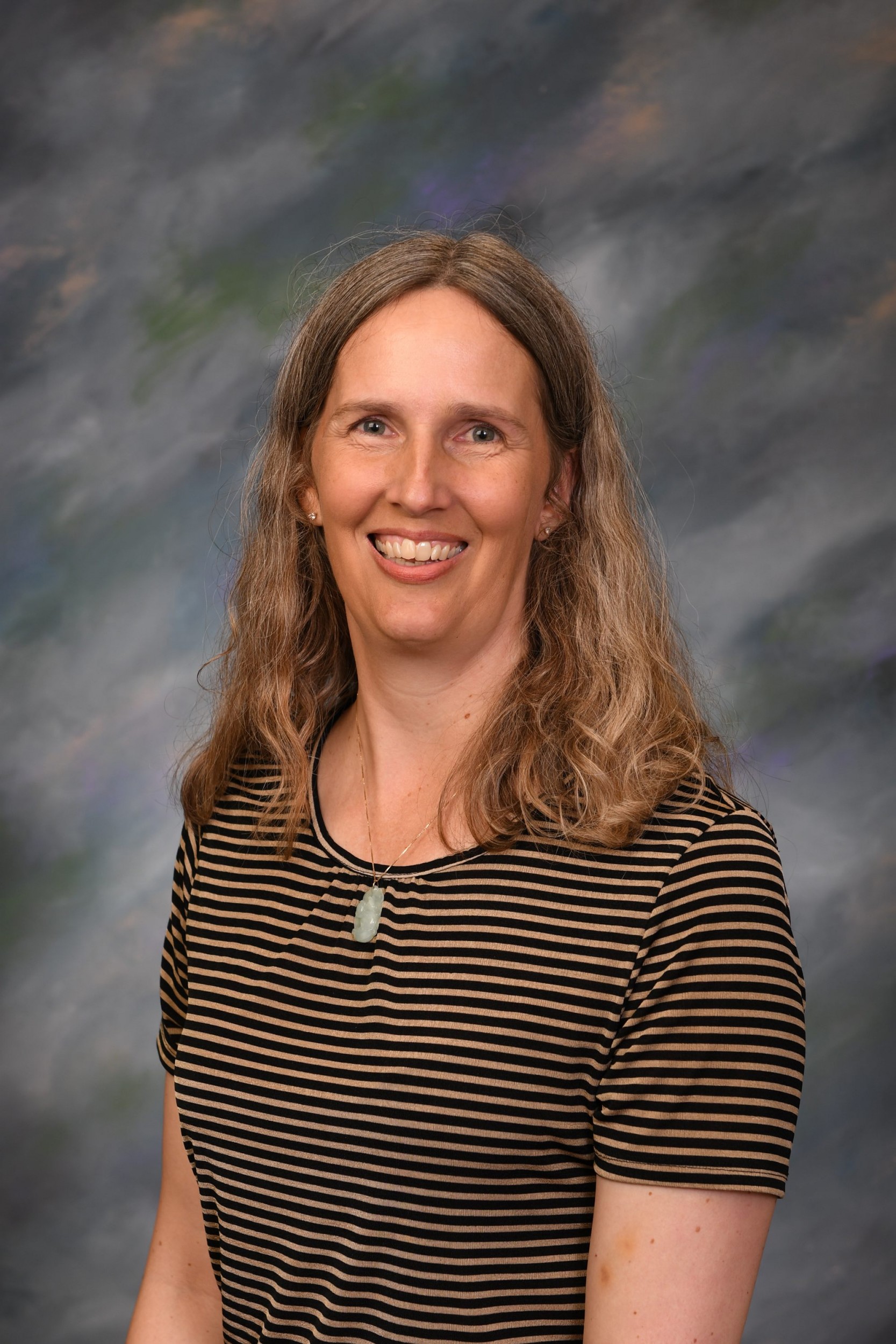 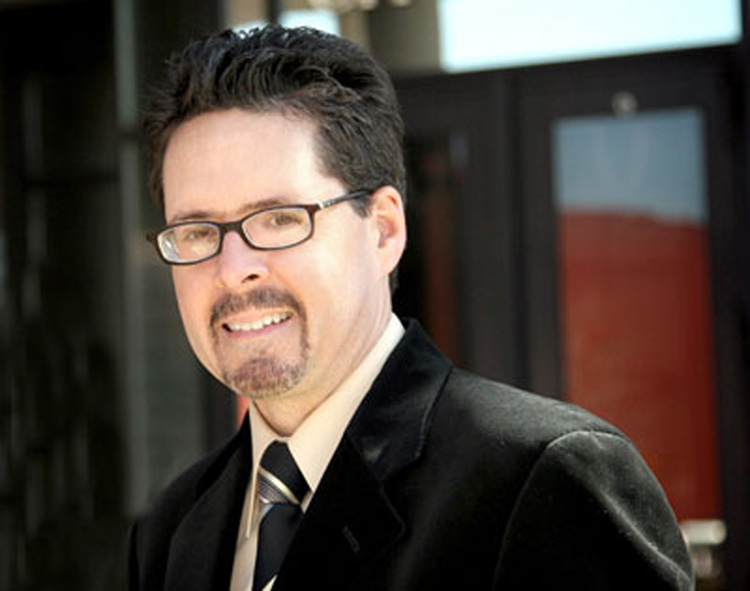 Baker Named: Professor of Political Science  Rob Baker  Named 2018-19  Laatsch  Scholar
Professor of Political Science Rob Baker has been named the 2018-19 Laatsch Scholar. Recipient of the 2011 Alumni Award for Distinguished Teaching and the 1990 Omicron Delta Kappa Award for Excellence in Teaching, Baker has taught at Wittenberg since 1987. In 2015, the George R. Voinovich Foundation named him a Voinovich Fellow. (posted 3/22/2019) 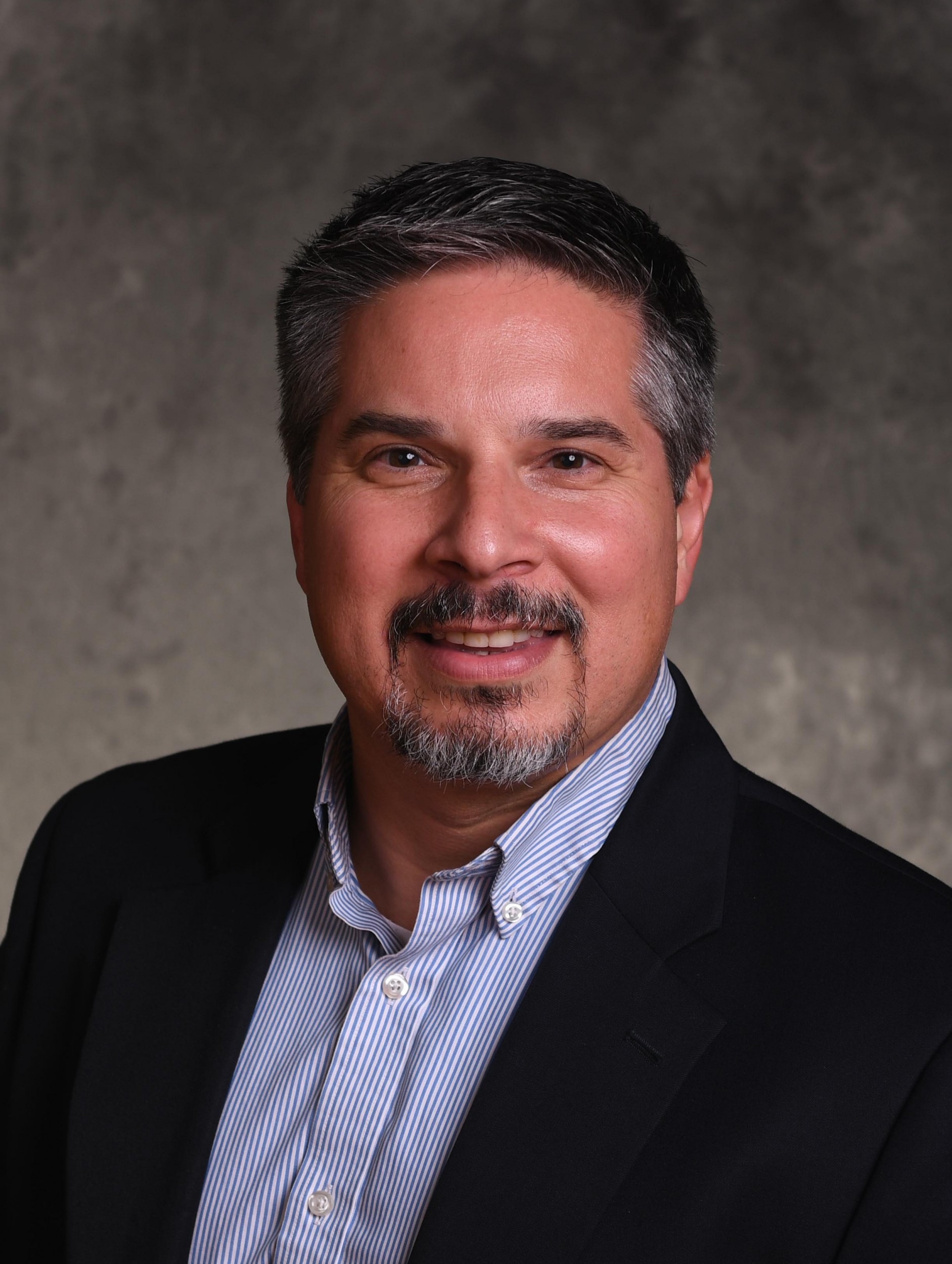 Philosophy in Public Spaces: Professor Joins Colleagues in Opening Up Dialogue
What is the meaning of life? Do humans have free will? Does God exist? These are just a few of the questions that philosophers debate. Wittenberg Professor of Philosophy Nancy McHugh is now collaborating with other professionals in her field to bring those conversations out of the classroom and into public spaces. (posted 4/10/2019) 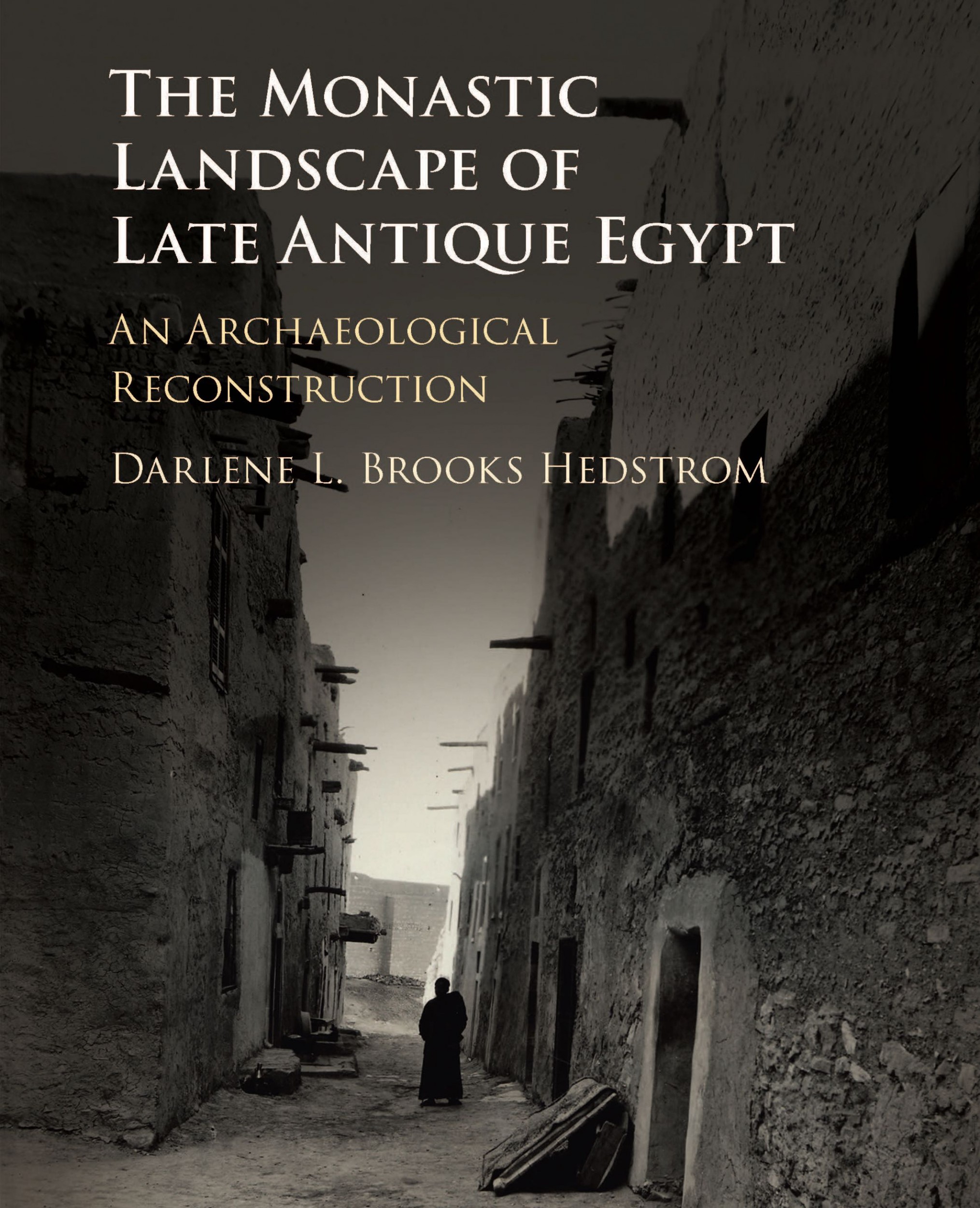 Featured Scholar: Wittenberg Writing Expert To Serve as Featured Scholar
Associate Professor of English and Writing Center Director Mike Mattison will be a featured scholar at the 2018 Naylor Symposium on Undergraduate Research in Writing Studies, Sept. 27-29, at York College of Pennsylvania. (posted 9/6/2018) 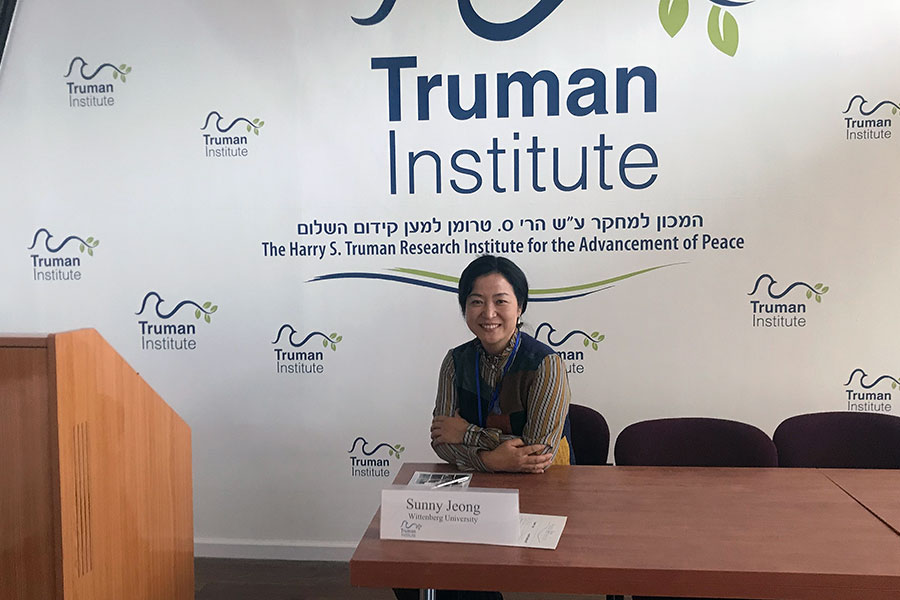 Spirituality and Executive Leadership: Professor Of Business Travels The Globe To Present Research Findings
This past spring, I was invited by the Hebrew University of Jerusalem to provide a cross-cultural workshop to their students and faculty on East Asian Business Culture. The Forum of East Asian Economies at the Hebrew University of Jerusalem hosted the workshop. (posted 12/18/2018) 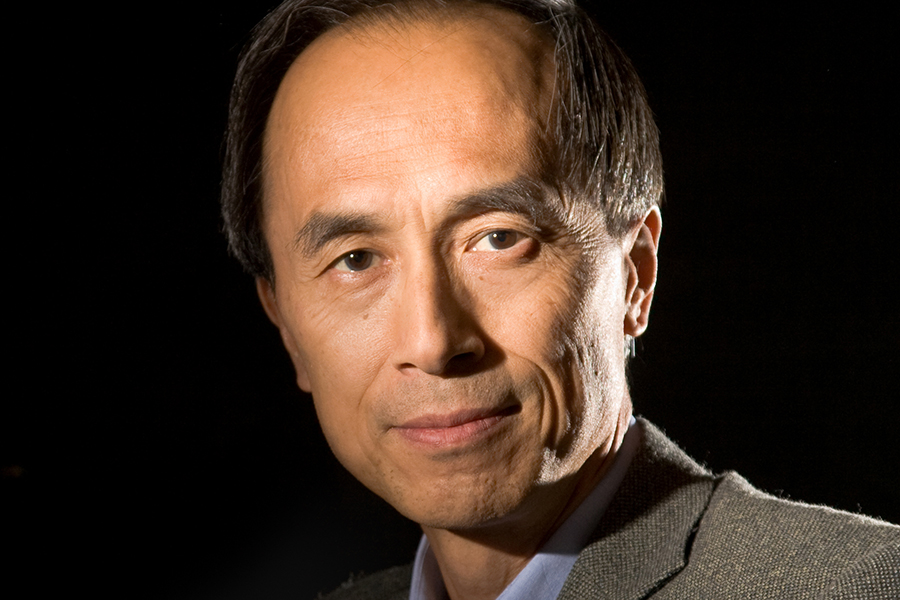 Up for Debate: Wittenberg Expert to Debate on U.S.-Chinese Relations at Ohio State
Wittenberg political science and East Asian Studies professor Bin Yu has been invited to join a debate on “Rising China: Trade and America’s Pacific Posture," sponsored by the Alexander Hamilton Society (AHS) of The Ohio State University. The debate will take place from 6 to 7:30 p.m. Thursday, Sept. 6, in the Mendenhall Lab, located in building 054 at 125 S. Oval Mall on Ohio State’s campus. (posted 8/30/2018) 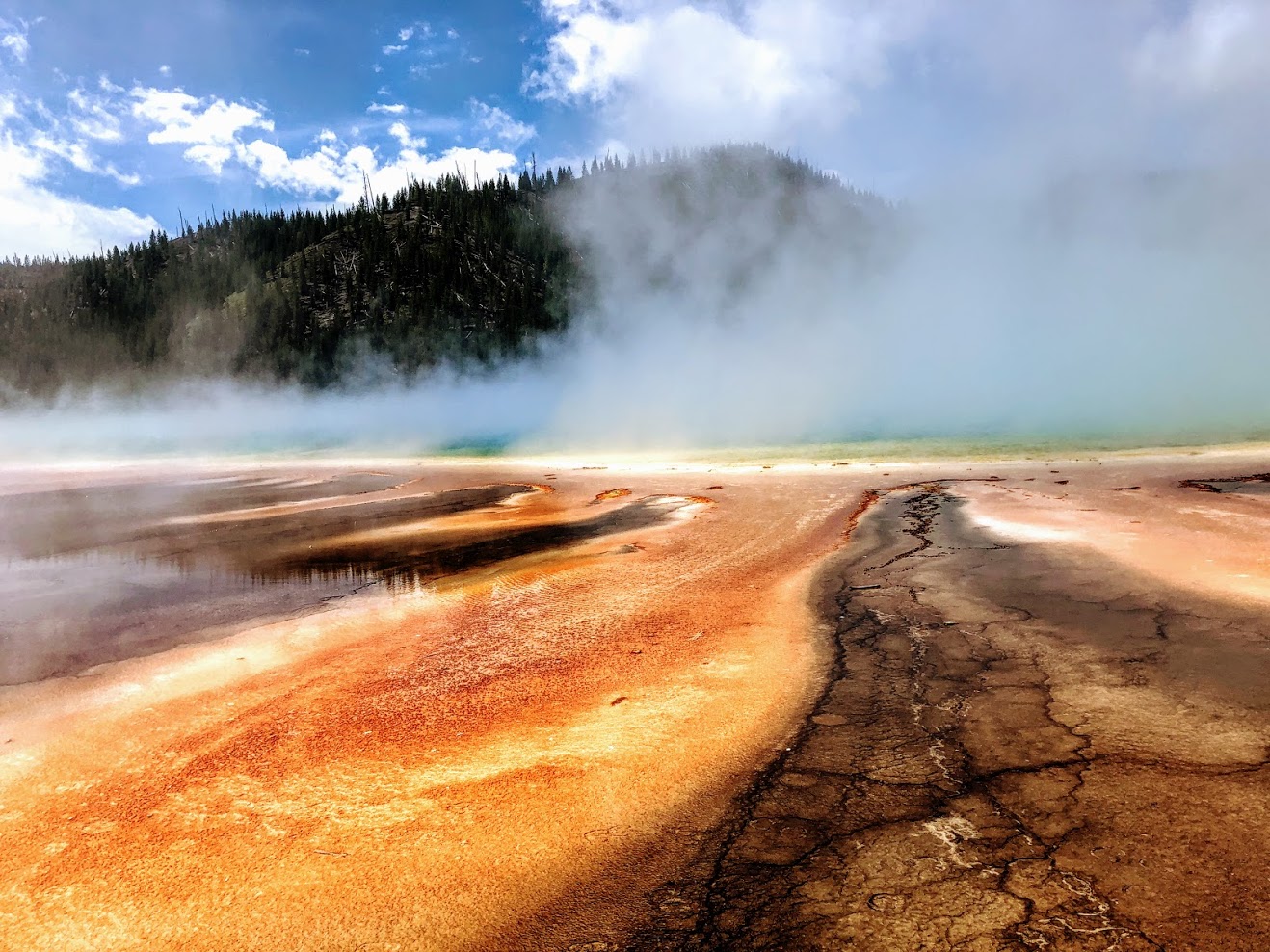 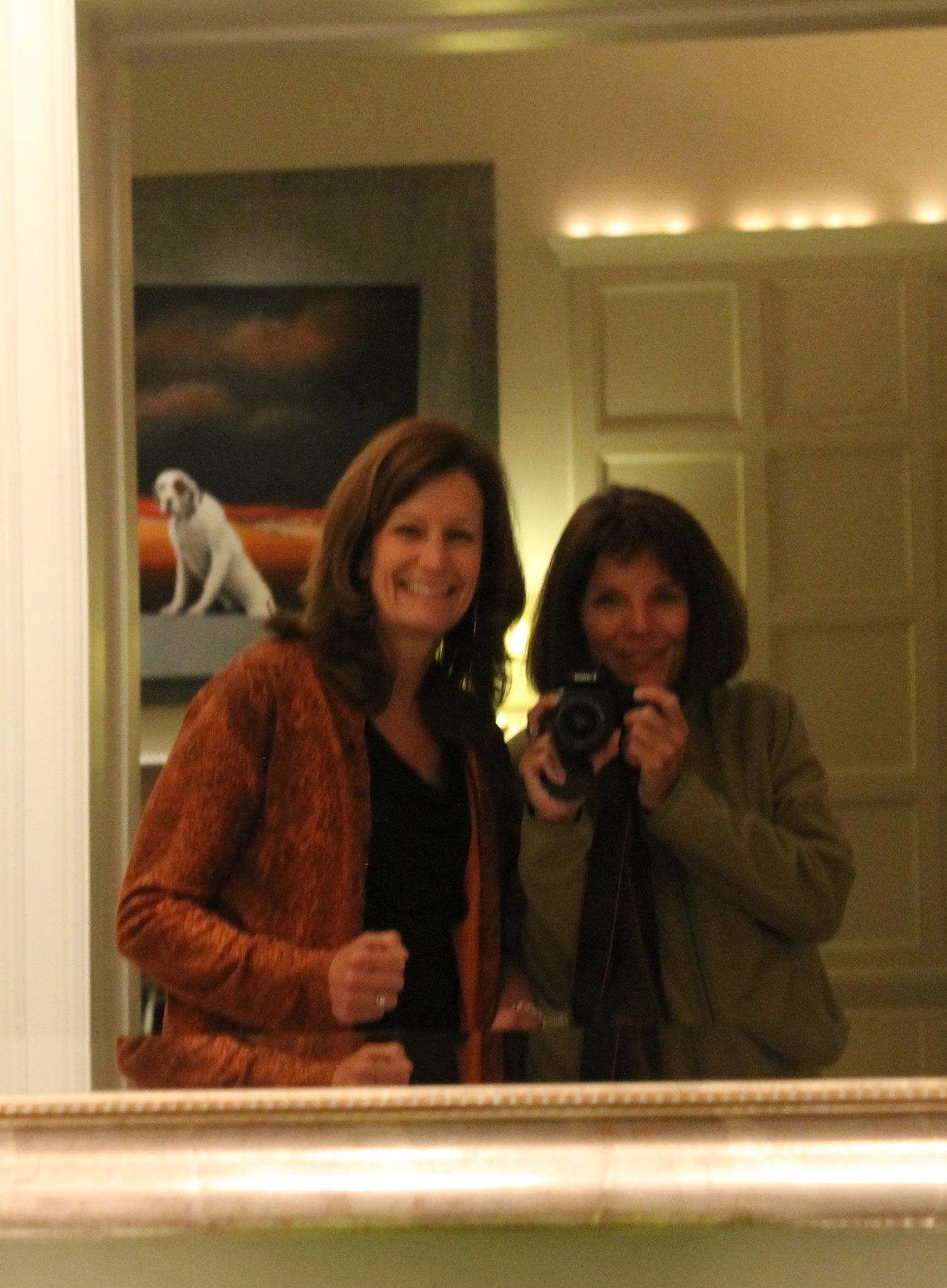 "Real" Southern Womanhood: New Book by Communication Professor Released
Catherine Egley Waggoner, professor and chair of the department of communication at Wittenberg University, examines the role that myths of southern womanhood play in real women's lives in the Mississippi Delta in her latest book Realizing Our Place: Real Southern Women in a Mythologized Land, co-authored with her sister, Laura Egley Taylor. The book will be released this month. (posted 8/8/2018) 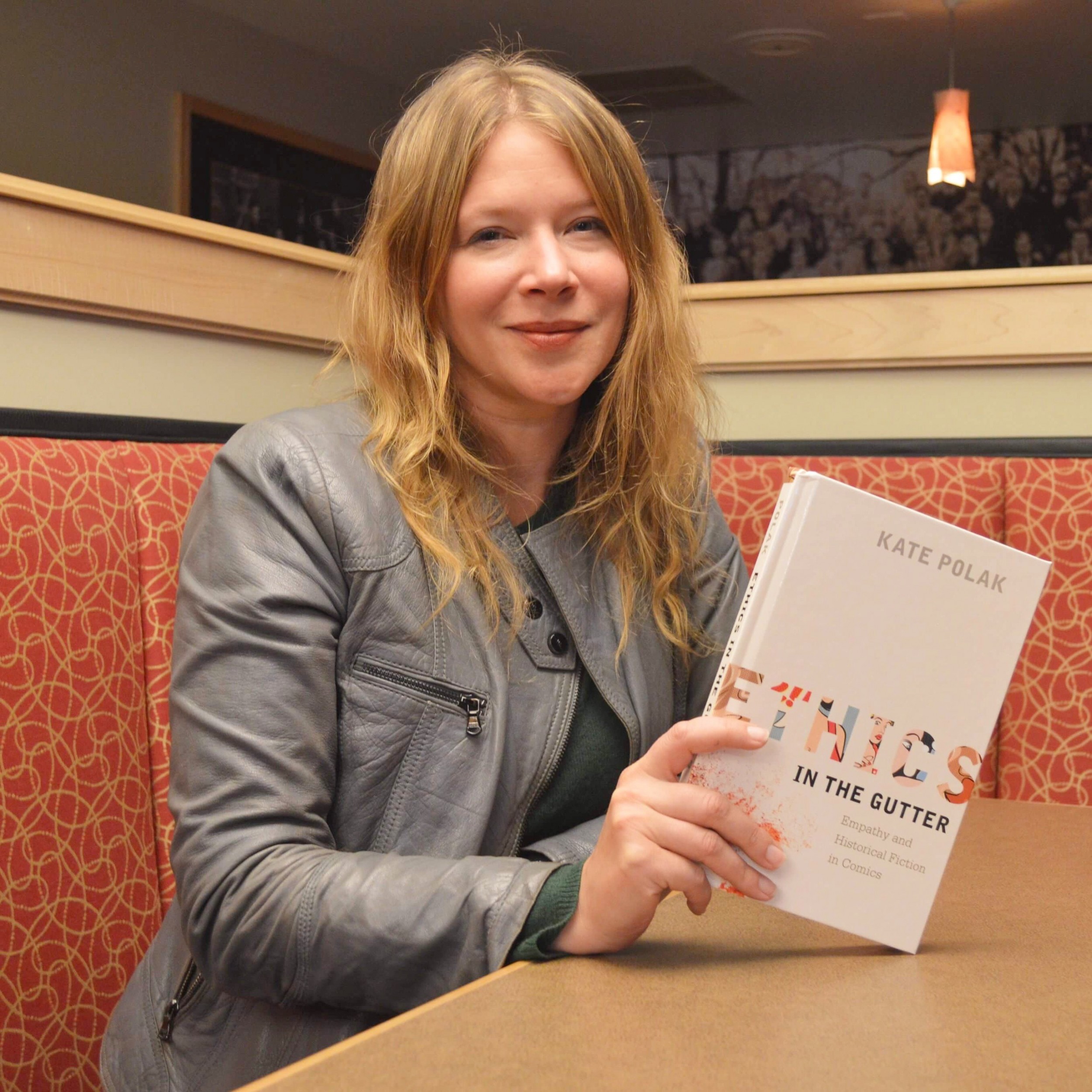 Between the Blocks: Wittenberg Professor's New Book Examines Comics as They Relate to Empathy
Kate Polak, assistant professor of English at Wittenberg University, is receiving national attention for her latest book offering. Ethics in the Gutter: Empathy and Historical Fiction in Comics (Ohio State University Press) was released last fall and focuses on the use of point of view and “the gutter,” those spaces between the image blocks in comics, as ethical tools that shape the reader’s empathetic reactions to the content, particularly historic atrocities. (posted 3/21/2018) 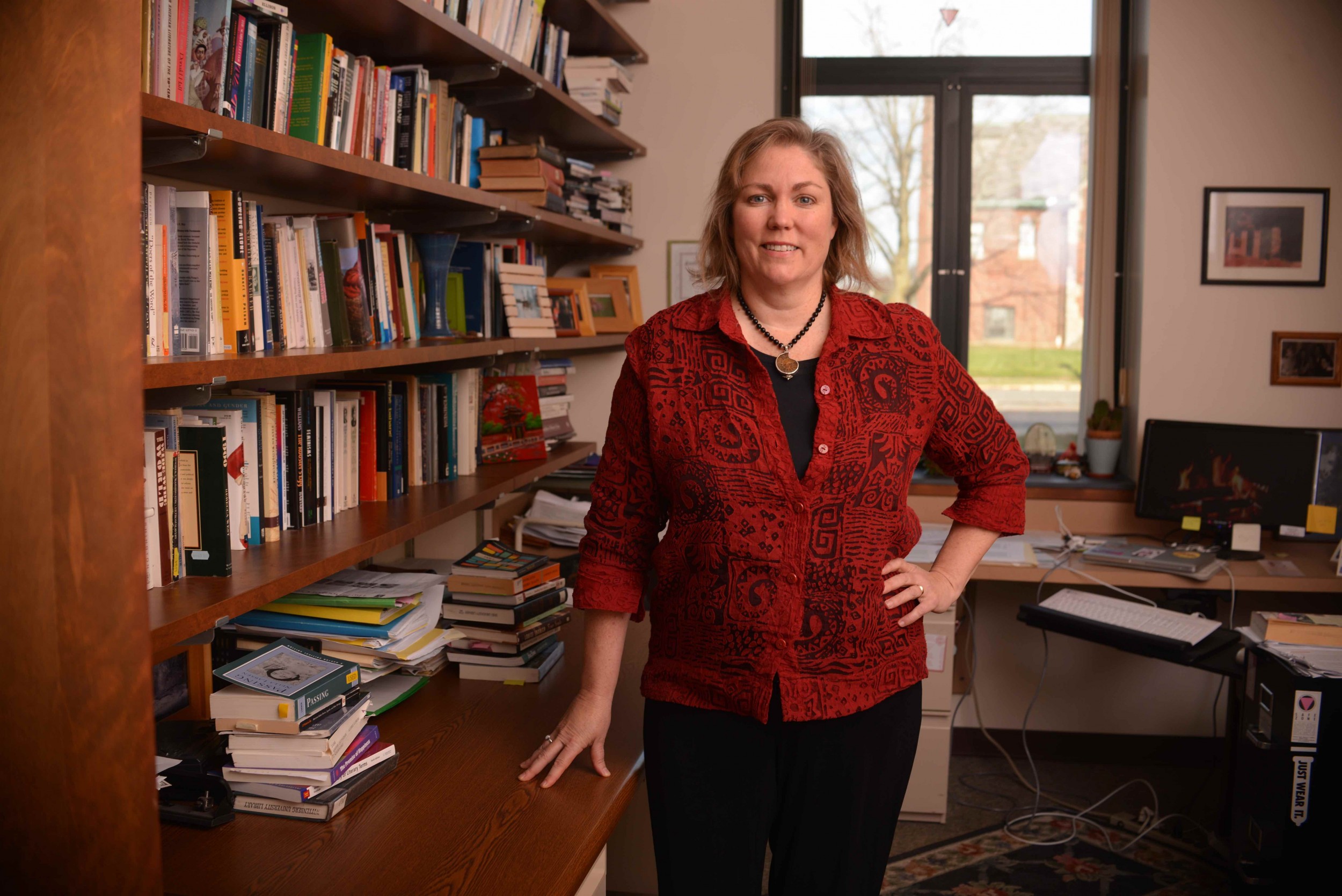 Though-Leader: Wittenberg University English Professor Elected to ADE Executive Committee
Lori Askeland, associate professor English and department chair, has been elected to a three-year term as a member of the executive committee of the Association of Departments of English (ADE). (posted 3/15/2018) 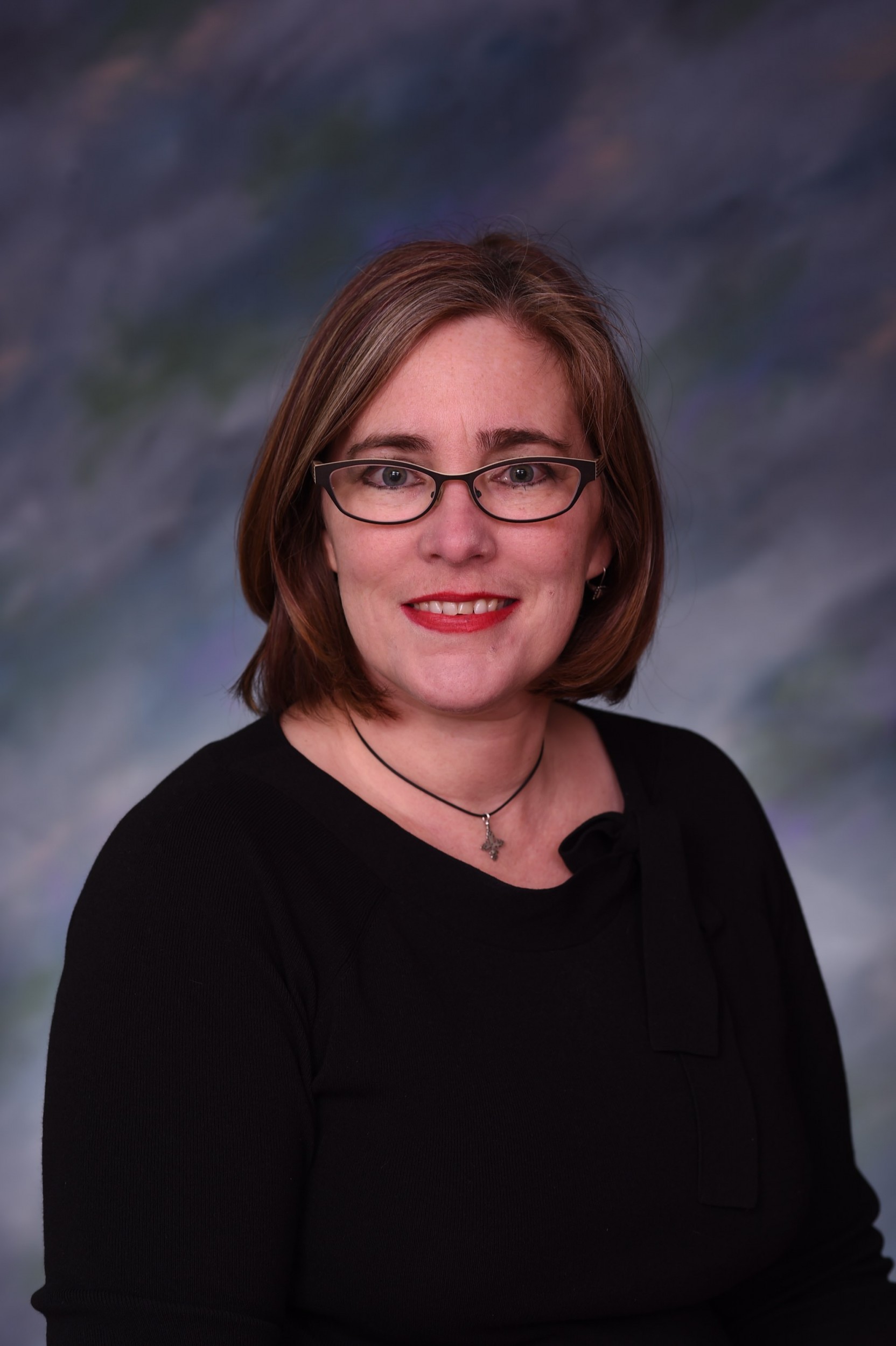 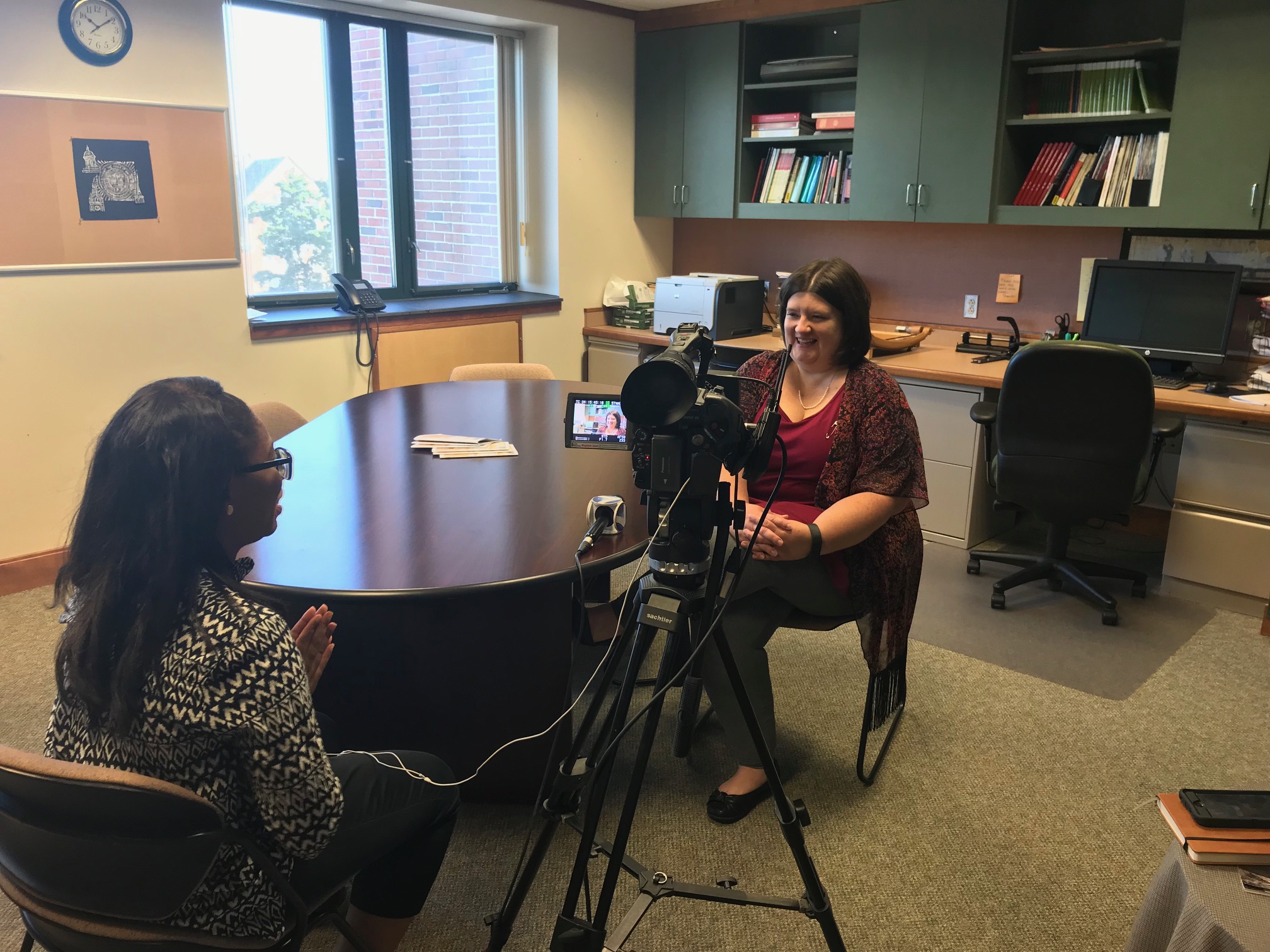 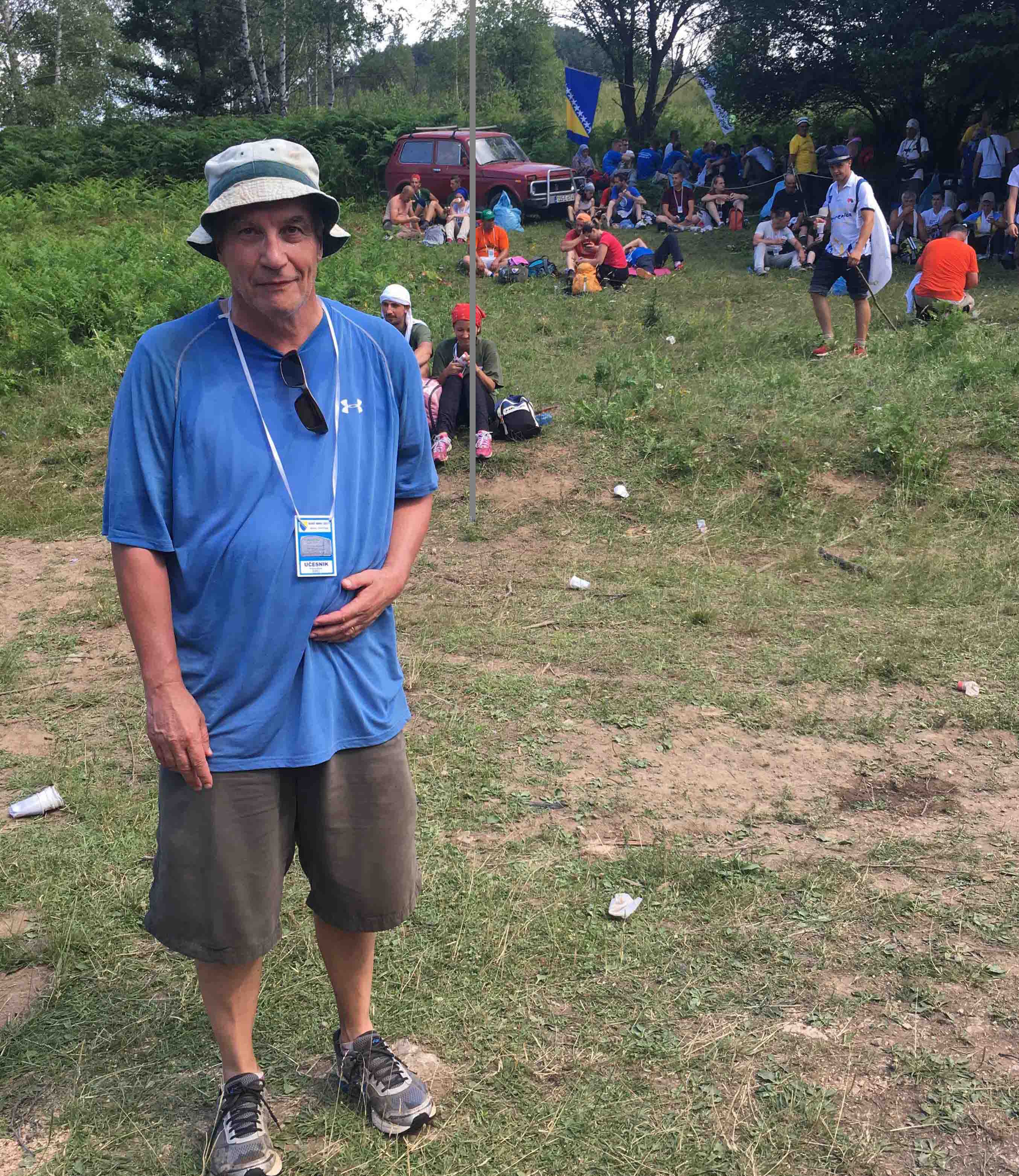 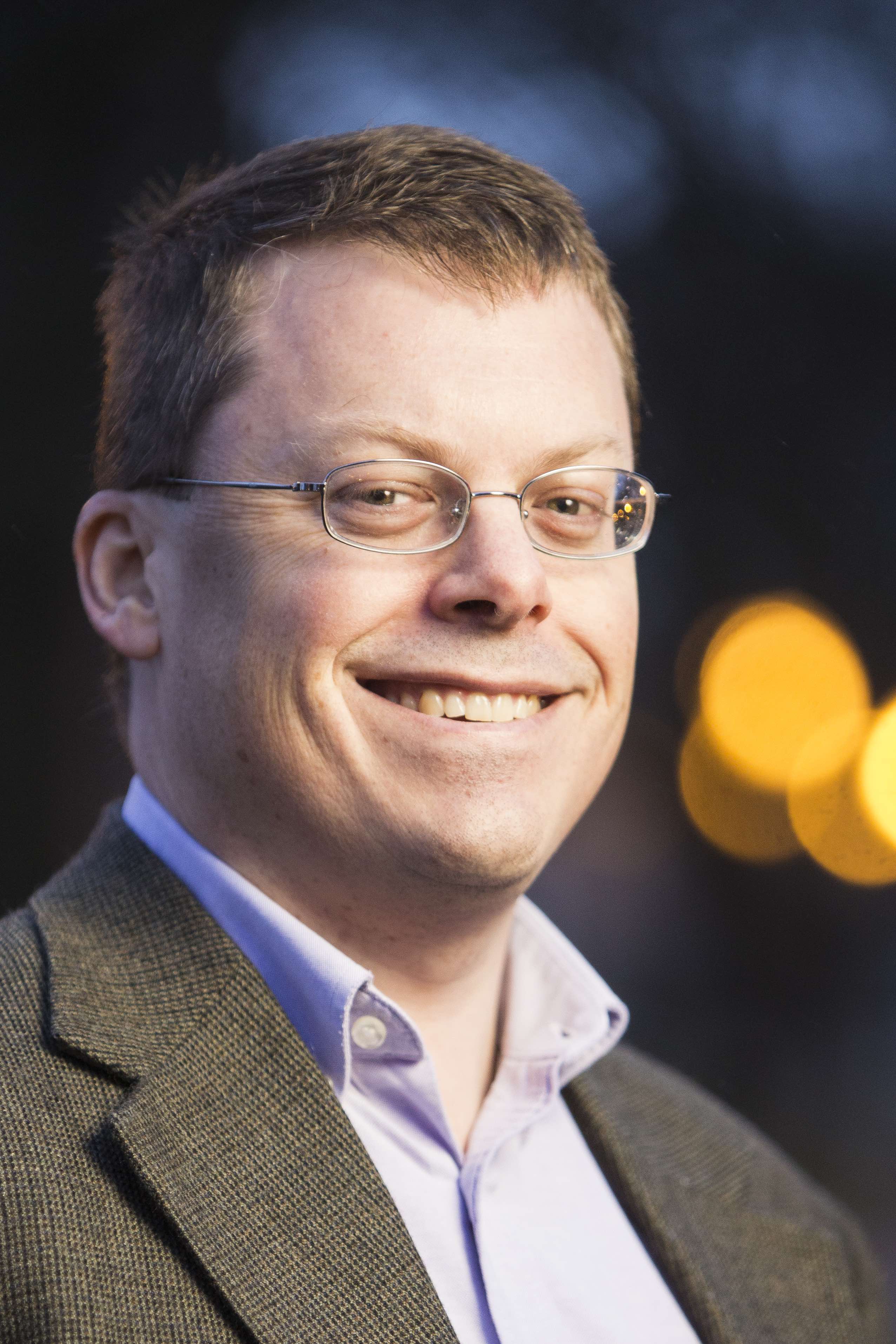 Chemistry of Glacier Melt: One Professor's Journey To Antarctica
Sarah Fortner, assistant professor of geology and environmental science at Wittenberg University, recently visited the McMurdo Dry Valleys in Antarctica to explore the chemistry of glacier melt as part of the McMurdo Long Term Ecological Research Program. The Dry Valleys are ice-free valleys located within Victoria Land west of McMurdo Sound. This work extends from early research she conducted on snow and stream chemistry on glaciers at all latitudes. (posted 2/22/2017) 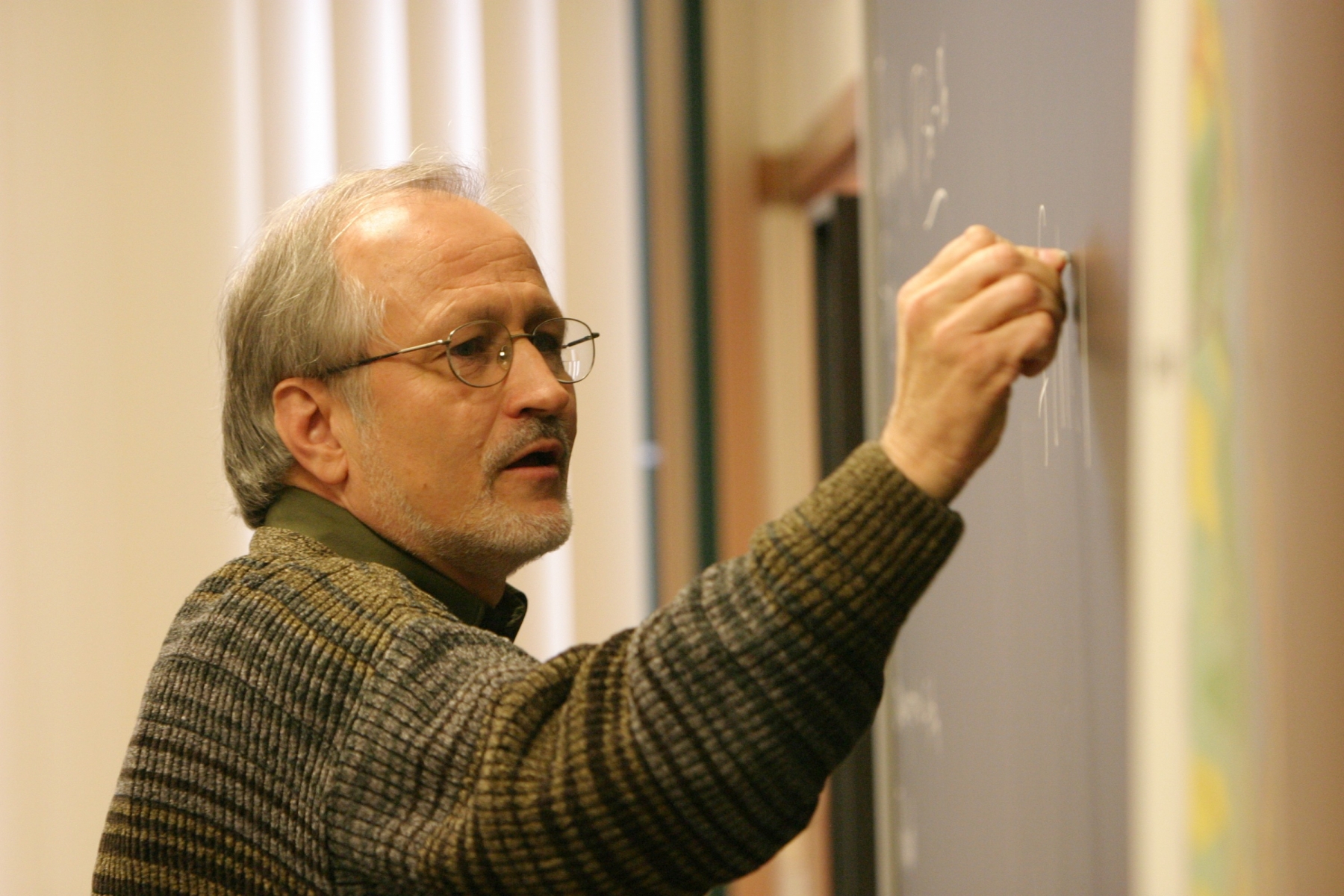 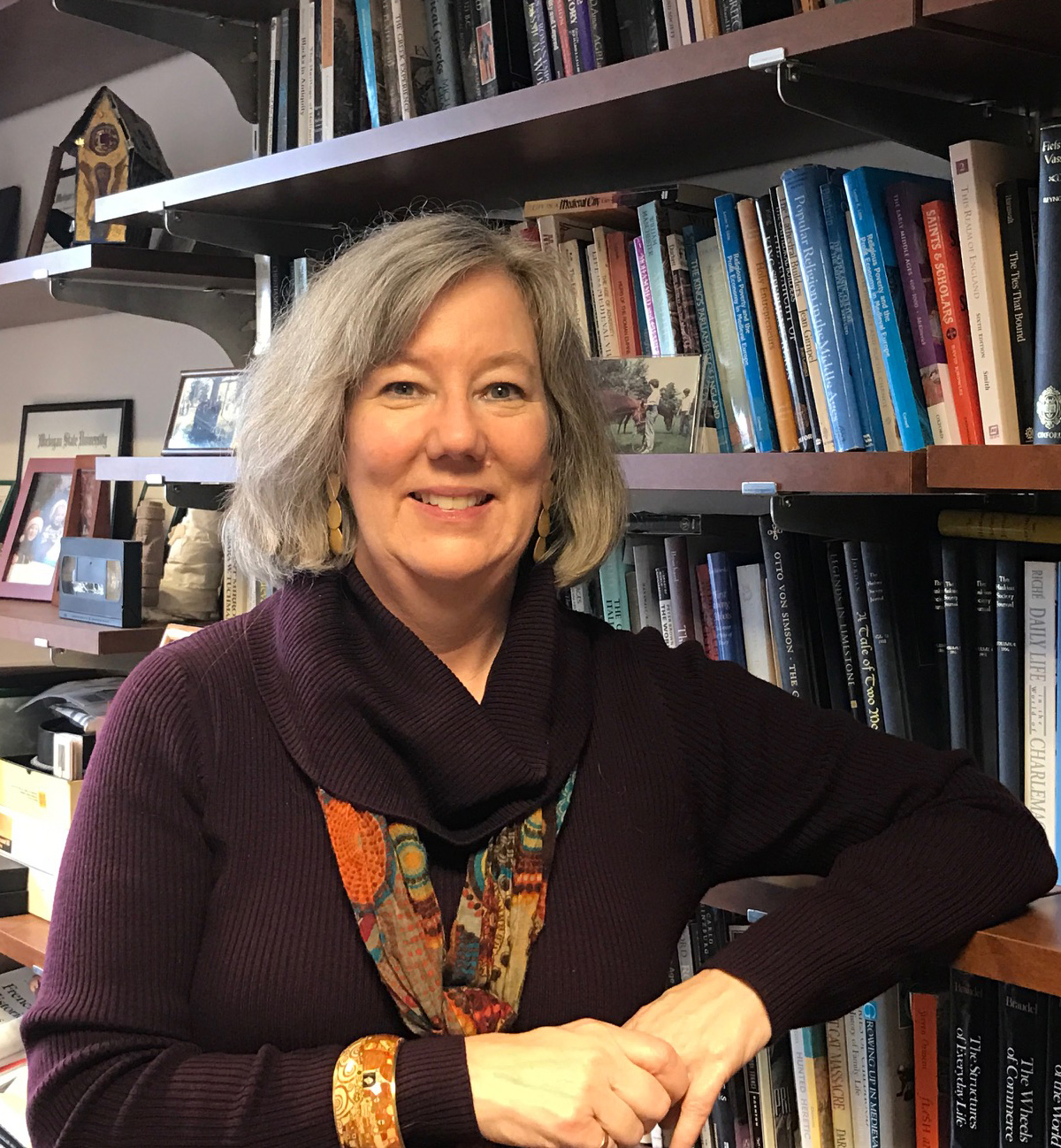 Teaching Excellence: Livingstone Earns Prestigious Award From Medieval Academy Of America
Amy Livingstone, H. Orth Hirt Professor of History and director of the Honors Program at Wittenberg University, was presented the CARA Award for Excellence in Teaching Medieval Studies by the Medieval Academy of America (MAA), the world's oldest and largest organization of medievalists supporting research and teaching in all aspects of medieval civilization. (posted 3/15/2017) 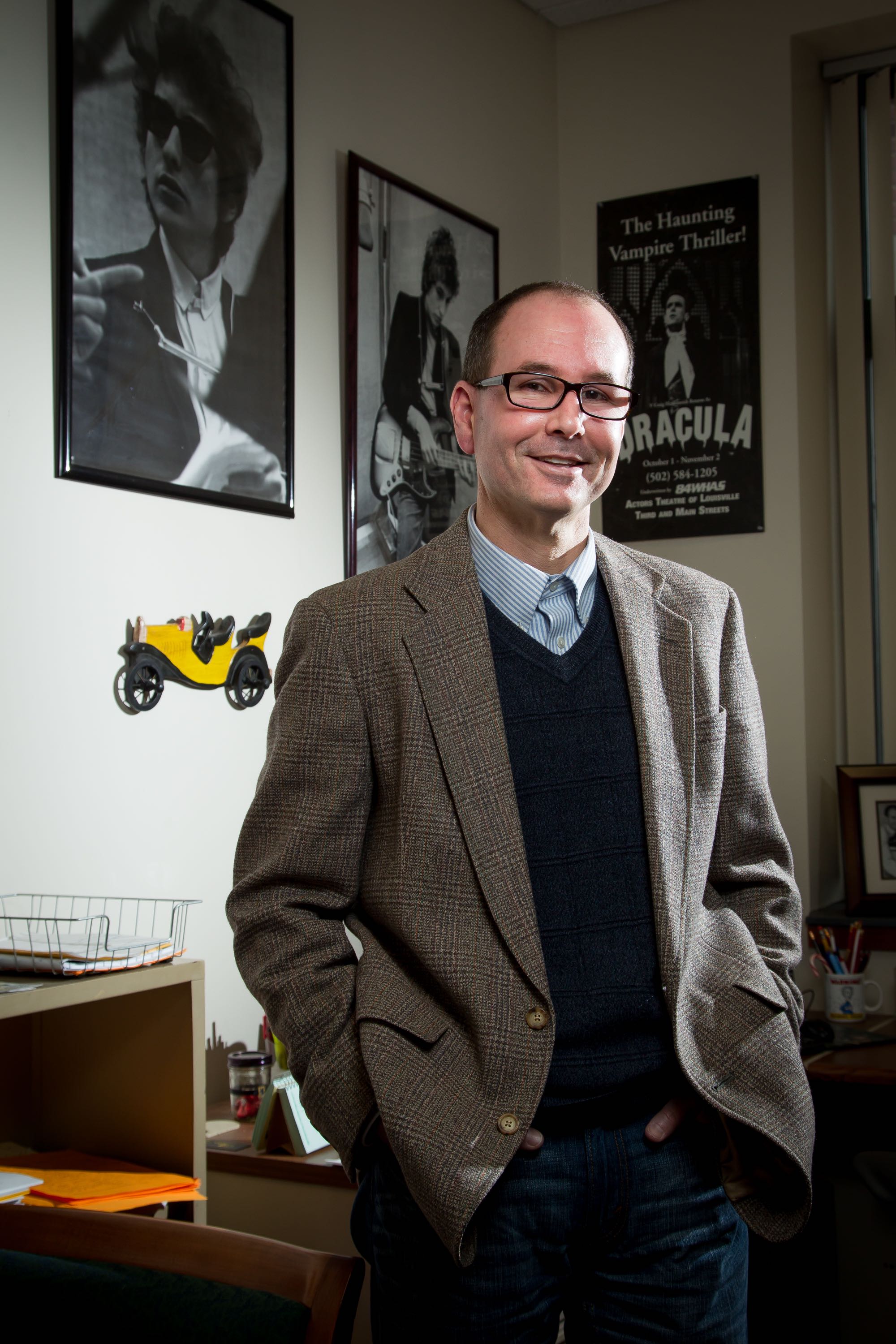 Distinguished Teacher: Ohio Professor of the Year John Ritter Recognized for Outstanding Teaching
Wittenberg Professor of Geology John Ritter’s resume includes many impressive achievements, including Excellence in Teaching awards, an Ohio Professor of the Year award, an Excellence in Community Service award. This year another teaching honor was bestowed on the geomorphologist – the highest award a member of Wittenberg University’s faculty can receive, the Alumni Association’s Award for Distinguished Teaching. (posted 11/15/2016) 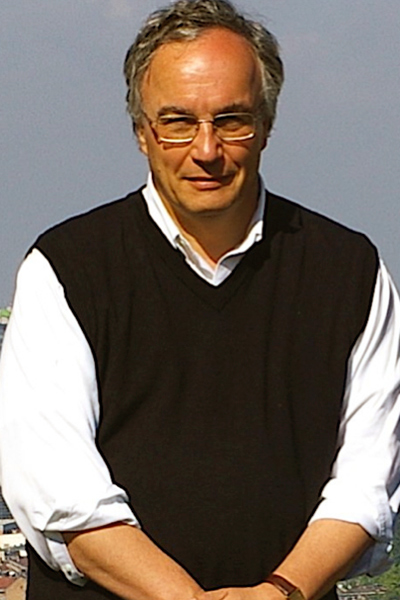 Window In Time: Fulbright Scholar Looks to Study Culture Untouched By War
Doubt has conducted extensive research and has authored five books on the sociological impact of war and genocide following the Balkan War, which led to the break-up of the former Yugoslavia. His research has expanded to include culture, literature and social structures in the region, which a third prestigious Fulbright award will help to accelerate. (posted 5/31/2016)