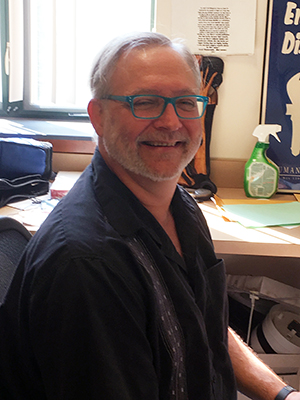 Timothy L. Wilkerson, Associate Professor of Languages, directs the French Studies program and teaches courses in French language as well as on a wide variety of subjects within French studies such as French literature, history, philosophy, and the fine arts in France.