Nuclear Engineer Tosha Bell '07 is keeping us safe and secure 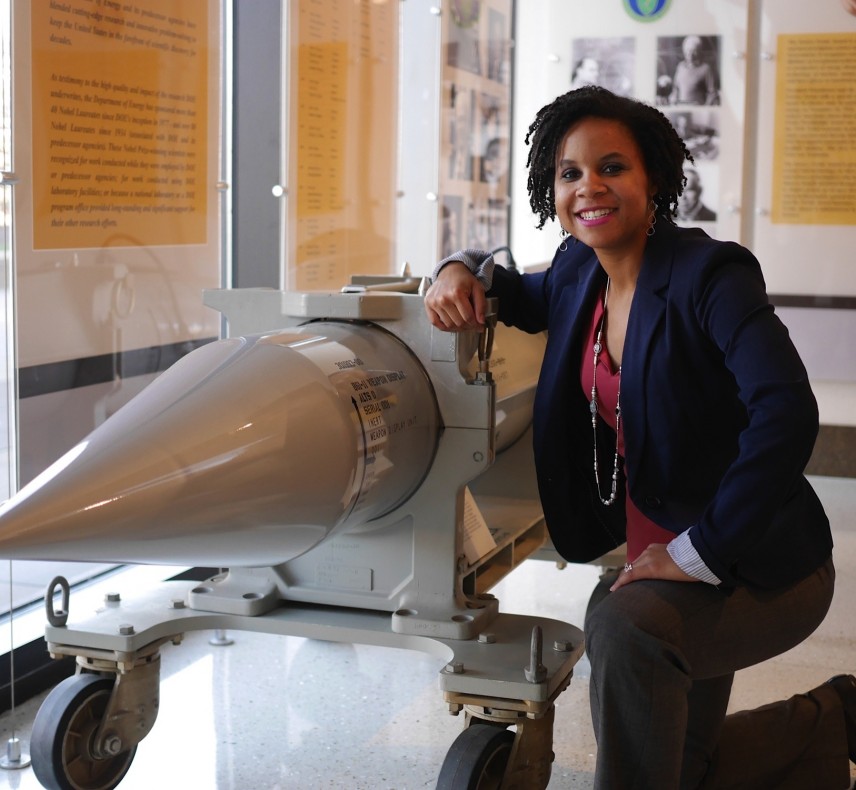 Bell, originally from Cincinnati, Ohio, is a nuclear engineer for MELE Associates Inc., supporting the National Nuclear Security Administration (NNSA) in Washington, D.C., where she currently resides with her husband, Dustin. She majored in physics with a minor in mathematics.

“I was introduced to the field of nuclear engineering through the REU program,” said Bell, who stayed busy during her time at Wittenberg as a letter winner on the women’s basketball team, a resident advisor, chair of Honor Council, co-president of Athletes for Christ (AFC), co-president of Society of Physics Students (SPS), and a volunteer for Springfield Christian Youth Ministries. Additionally, she participated in Primetime (now Campus Crusade for Christ), went on a summer service trip to the South African Kingdom of Lesotho, and was the recipient of the Alma Mater and Ivy Ring awards at Wittenberg in 2006, and the Heimtraut Dietrich award in 2007.

“I attended this program at Wright State University and found out that I would be part of a small subset of students in the program that would actually be doing our summer program at WPAFB,” she continued. “To be honest, I wasn’t thrilled that I was being sent to WPAFB because that’s not what I thought I signed up for, but it turned out to be the best thing that could have happened to me and ultimately paved the way to where I am today.”

Bell was assigned to the nuclear engineering department at the Air Force Institute of Technology (AFIT), the graduate school at WPAFB, which she never knew existed until that summer.

“My advisor was Dr. James Petrosky, a retired lieutenant colonel from the Army,” said Bell, who currently serves on the Wittenberg Alumni Board. “While at Wittenberg, I knew I eventually wanted to go to graduate school for engineering, but I didn’t know what kind of engineering, and this summer internship opened my eyes to a discipline that I enjoyed. I worked in the area of radiation detection using high purity germanium (HPGe) detectors. Dr. Petrosky was a great advisor and toward the end of my internship, he asked if I wanted to continue my work throughout my senior year at Wittenberg and make it part of my senior project. I was thrilled to be able to do that and my Wittenberg advisor, Dr. (Paul) Voytas (associate professor of physics), was supportive and helped make that a reality. My senior project poster still hangs in the physics hallway at Wittenberg.”

After graduating from Wittenberg, Bell pursued graduate school at AFIT where she received a master’s degree in nuclear engineering.

“After weighing my other options, I knew that AFIT was the place for me,” said Bell, who worked as a research assistant at AFIT to fund graduate school and was the first civilian to go through the nuclear engineering program. “I truly enjoyed my time at AFIT. My cohort consisted of me and five Army majors. Initially I was a bit intimidated by these guys because they had a lot more experience and knowledge than I did, but we came together as a group and they accepted me into the fold right away. It was their support and pushing that got me through the program. I still keep up with most of them today and one of them actually works at NNSA in a different office.”

After graduating from AFIT in 2009, Bell was hired by the Science Application International Corporation (SAIC), now Leidos, as a government contractor supporting the Department of Homeland Security’s Domestic Nuclear Detection Office (DNDO).

“I served as the liaison between SAIC risk analysis team and the detector modeling group, translating critical detection results data into information for the customer to use within the larger global nuclear defense architecture risk assessment effort,” Bell said. “After a year of that work, I began supporting the Defense Threat Reduction Agency (DTRA). I provided nuclear detection modeling and simulation support with the use of physics modeling tools and provided quantitative analyses of limitations associated with nuclear standoff detection on various detection technologies.”

She loved the people and the job, but four years ago a former colleague and friend reached out to her about an open position in his office.

“I told him that I was happy where I was and I wasn’t looking for a new job, but I’d consider it,” she said. “I was intrigued with the position description, so I decided to apply for the job, and I got it. Now as a government contractor, I provide technical and programmatic support to the Office of Weapon Surety and Quality, whose mission is keeping our weapons safe and secure. I work with use control experts at the national laboratories in the area of nuclear weapon surety and support assessments of nuclear weapon systems. I also provide technical and programmatic support to the Federal Program Manager (FPM) for use control related programs. My job requires traveling, and I’ve been fortunate to work in London, California, New Mexico, Texas, and seen parts of the country that I wouldn’t have otherwise.”

Bell, who also supports joint United States/United Kingdom work under the 1958 US-UK Mutual Defense Agreement, thinks that it’s “so important to treat people well and make good connections” because you never know when a previous interaction ends up paving the way in the future.

“It was connections with former colleagues and friends that got me at NNSA doing what I do today,” she said. “I’ve been grateful to have worked with and met great people who saw something in me and my work ethic and drive – people who gave me opportunities to shine and put their names on the line to vouch for me. The work at NNSA is interesting and important, and I truly love going there every day.”

Bell also believes that her liberal arts education is the basis for why she is where she is today.

“Wittenberg has amazing professors who care about students not just as numbers in their department, but as people and that translates into intangible support that sets Wittenberg apart from others,” she said. “The liberal arts education provided the broad area of education that set me up for my career and graduate school. Having a well-rounded education and other skills besides math and science has proved to be invaluable in my career. I’ve learned that no matter how much you know in your head, if you can’t convey it to other people in a meaningful way, then it doesn’t matter and has no real impact. My ability to write is something that I credit directly to Wittenberg and has been instrumental to me as a professional.” 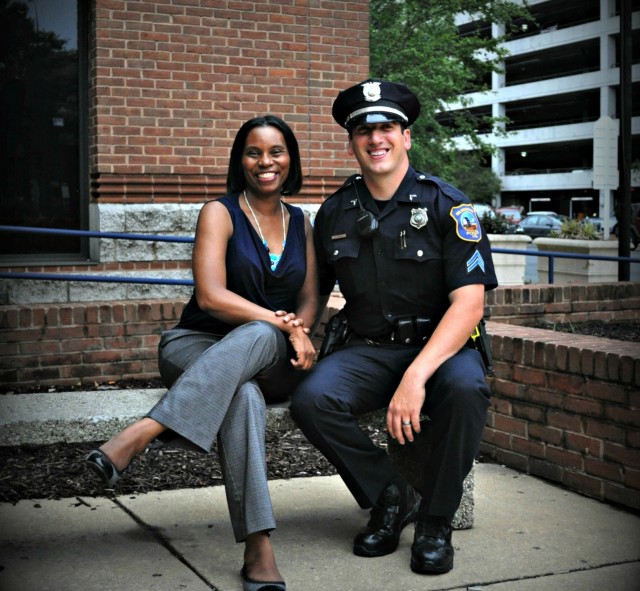 Reconciliation in Blue is Bernadette Evans working title for a book about how the relationships created by a community-oriented policing program helped make the Browntown neighborhood of Wilmington, Del., a safer and better place to live. 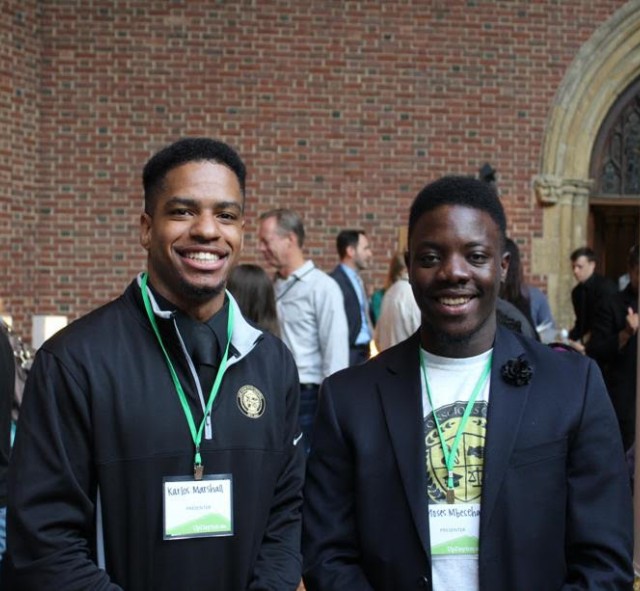 A grassroots nonprofit dedicated to school-age and neighborhood literacy in Springfield, Ohio, and the Greater Miami Valley area, The Conscious Connect Inc. is the brainchild of Wittenberg graduates Moses Mbeseha and Karlos Marshall, both members of Wittenberg’s class of 2013. 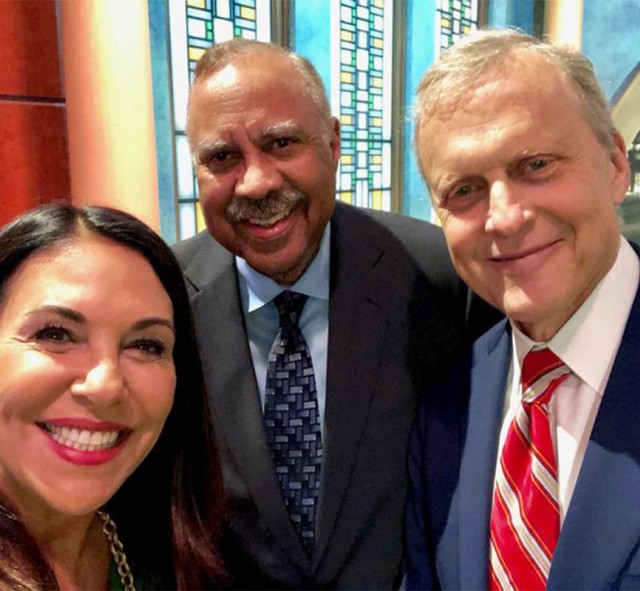 Adding another feather to what is already a full cap, Fred Mitchell, Wittenberg class of 1969, received the Alumni Association’s most prestigious recognition, the Class of 1914 Award, during the university’s annual Homecoming Weekend, Oct. 7-9