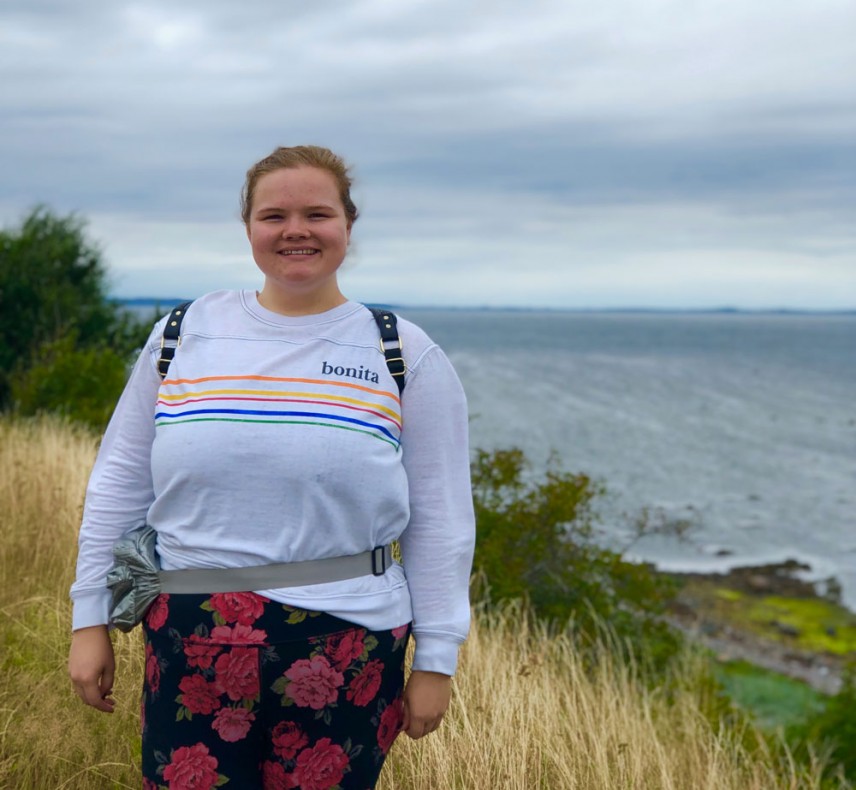 Schwartz, a history and German double major from Traverse City, Michigan, was slated to present her paper, which is part of her senior thesis, at the symposium in Baltimore, April 3-4, prior to the COVID-19 global health crisis. The paper is titled “In and Outside City Walls: Medieval Jewish Communities and Rulership in German Cities.”

While the symposium has been canceled, Schwartz will still upload a digital presentation and submit 20 pages of her thesis for the peer-reviewed Richard Macksey National Undergraduate Research Journal, created in the absence of the event. The presentation will also be part of the first national database of its kind for undergraduates.

“The paper is a study that undertakes a comprehensive analysis of the comparative experiences of the northern Jewish centers of Speyer and Worms and the southeastern Jewish communities of Regensburg and Würzburg,” she explained. “The case study of these cities by means of laws, rights, protections, and placement within the city, reveals a variety of medieval Jewish experiences within the German states, and one that is divergent based upon city, governance-type, and geographic location within the empire. The resulting picture is a more fully fleshed image of Jewish communities in the German Kingdom than can be received from either one micro-history or broad-spectrum survey of the empire as a whole.”

According to its website, The Richard Macksey National Undergraduate Humanities Research Symposium provides hundreds of students across all fields of the humanities the opportunity to share their work in the professional presentation style most common to their fields.

“This is, I would suggest, a very big deal for one of our students to be accepted into this event, and speaks to Zoe's diligence as a student and scholar while at Wittenberg,” said Christian Raffensperger, associate professor of history and the department chair. He and Tim Bennett, associate professor of languages and department chair, encouraged Schwartz to submit an abstract of her senior thesis to the symposium.

The inspiration for Schwartz’s senior thesis came about during her sophomore year at Wittenberg while studying the Jewish experience during the crusades.

“After this I was inspired to continue bringing the experience of Jews to the surface of medieval history,” she said. “Due to my background in German, and my year-long experience studying abroad in Germany, I have been interested in medieval Jewish history in Central Europe. Furthermore, there are many areas and aspects of medieval Jewish history that has yet to be explored, and a myriad of stories have yet to be told.

“All of my past and current professors are undoubtedly those who had the biggest impact on me, specifically Dr. Raffensperger, Dr. (David) Barry (associate professor of languages), and Dr. Bennett,” she added. “Working in the Language Learning Center with other language tutors and my supervisor has been great. My time abroad also changed me greatly. I feel more independent, and I am a stronger person after a year in Germany. My thesis (and thus my participation at the symposium) would not be possible without the German language skills I have acquired from the guidance of the great German professors here at Wittenberg and my time abroad in Germany. The history department has prepared me very well to undertake this mountainous task as well.”

As for the naming of her thesis, Schwartz always tries to include a metaphor or double meaning to her titles.

“The title is ambiguous enough to encompass a myriad of ideas such as Jewish community’s relationship with their Christian neighbors within the city, then how they live inside of the Jewish quarter in their own communities,” she said. “It also hints at the inclusion and exclusion of Jewish peoples living in cities. I’ve been interested in Germany and the Holocaust, perhaps since reading the book on Anne Frank around second grade. After that I was very interested in the Holocaust, Germany, and upon entering college, I discovered that medieval history was more fun than modern history. There are many more unanswered questions for the Middle Ages than the 20th-century Europe.”

Upon graduating this May, Schwartz plans to attend graduate school either for medieval studies or linguistics, and is also contemplating participating in the Japan Exchange and Teaching (JET) program.

“In any case, I will continue my education,” she said. “I think I will go for my Ph.D. so I can teach at a university in the future. Wittenberg has given me the opportunity to explore my interests, thus I have the opportunity to pursue any one of them.” 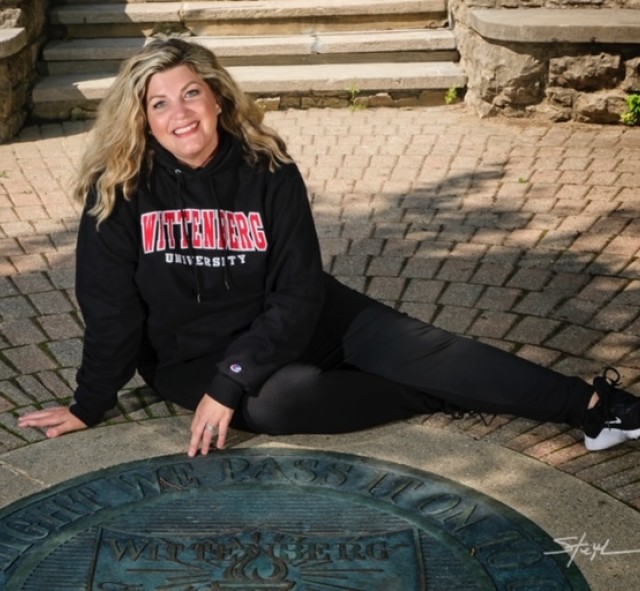 Tracey Tackett, owner of Sip & Dipity Paint Bar in downtown Springfield, is finishing up some business she left undone some time ago. 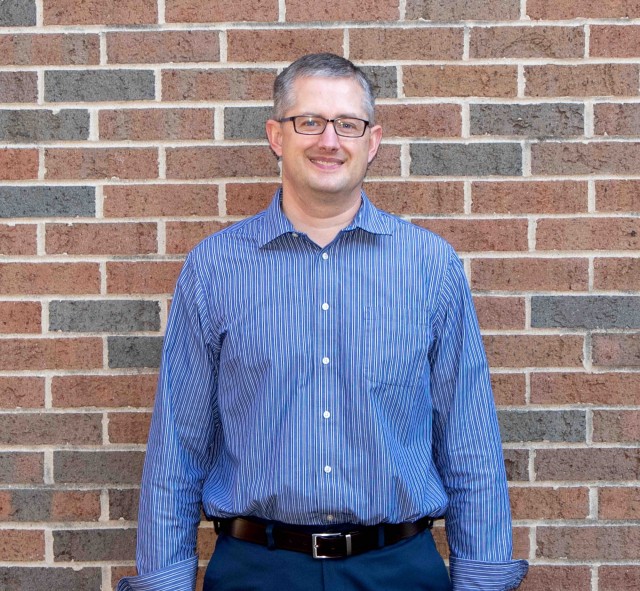 ALL LEARNING IS ACTIVE

Justin Houseknecht, professor of chemistry and department chair, has taken his commitment to student success to a whole new level over the last seven years, and those efforts are attracting international attention.