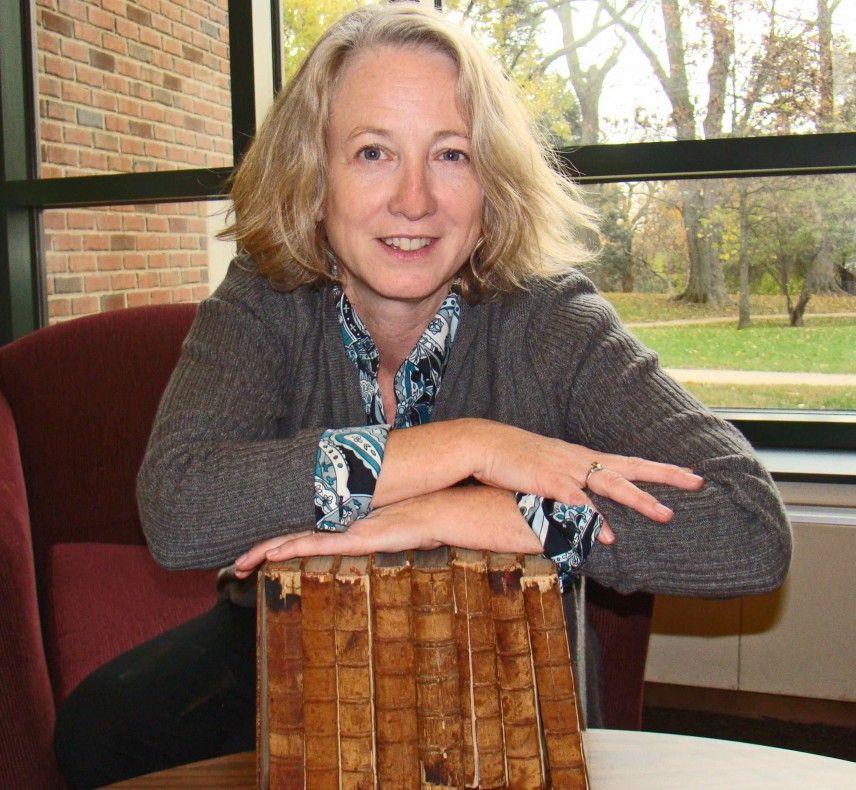 Recognizing a ‘dedication to superior quality teaching,’ the Wittenberg University Alumni Board has named Cynthia Richards, professor of English, the 2021 recipient of the Alumni Association Award for Distinguished Teaching, the top faculty prize. Richards learned the news during the institution’s annual Honors Convocation, April 9. The award was presented by Alumni Board President Jennifer Ramage, class of 2000.

“This year’s award recipient continuously demonstrates her service and commitment to Wittenberg,” Ramage said. “Dr. Richards has always advocated for students and shows genuine care. The type of care shown by (her) and so many of the faculty here is what makes Wittenberg such an amazing place. Like past recipients, she demonstrates that excellence in teaching spans all aspects of Wittenberg’s curriculum. She has grown not only students’ interest in her field, but the value they place on a Wittenberg liberal arts education. (She) has continued a great tradition of connecting with students, bringing them to Wittenberg, and giving everything to make their lives and careers more fulfilling. In turn, they are lifelong contributors to our communities and stewards of Wittenberg University. We thank you for your many gifts and for sharing them with us.”

Richards, who joined the University’s Department of English in 1995 and currently serves as director of faculty development, fell in love with literature while taking a seminar on John Keats her first semester at Brown University, where she earned her B.A. in 1984. She later redirected her passions toward 18th-century literature while in graduate school at New York University, where she earned her Ph.D. in 1996, and has remained a committed teacher and scholar. Her teaching interests include 18th-century literature, the woman writer, war, romance, the body, and how the study of all of the above intersects with living a meaningful life. She also has an interest in trauma studies, disability studies, and narrative medicine.

“It’s very hard to convey how much the Distinguished Teaching Award means to me,” Richards said. “I remember watching someone receive the award when I first came to Wittenberg and realizing that this award elevated teaching to our highest accomplishment. The award represents the very best of Wittenberg, and it’s something I’ve aspired to since coming here. The award honors how teaching can be transformative. It means so much for me to be recognized because of Wittenberg’s long tradition of teaching excellence. Wittenberg honors teaching that aspires to transforming students’ lives and empowering them to achieve their goals and dreams.”

A Fulbright scholar in 2004-05 in the Czech Republic, Richards is co-editor of the forthcoming Early Modern Trauma: Europe and the Atlantic World, co-editor of Approaches to Teaching Behn's Oroonoko and editor of Mary Wollstonecraft's The Wrong of Woman paired with William Godwin's Memoirs of Wollstonecraft's life. Published widely in her field, she is also a contributing editor for The Scriblerian.

Some of Richards’ other notable accomplishments include chairing the English department from 2009-2015, serving as the Lawrence Ruff Visiting Chair in 18th-Century Studies at the University of Dayton in 2016, and being named Wittenberg’s Woman of the Year in 2014 and 2015. A Fulbright Alumni Ambassador since 2009, she received the American Society for 18th-Century Studies Innovative Teaching Award in 2002 for her course Transatlantic Connections, and earned the 2000 Omicron Delta Kappa Excellence in Teaching Award and the Edith B. and Frank Matthies Teaching Award at Wittenberg in 2003 and again in 2014. In addition, she received the Collegium Award for Excellence and Innovation at Wittenberg in 2018 and the Award for Faculty Excellence, Southwestern Ohio Council for Higher Education in 2001, 2003, and 2018. She is believed to be the first professor to win all three Wittenberg-related awards – the Omicron Delta Kappa, given by students, the Collegium Award for Excellence and Innovation, given by faculty, and now the Distinguished Teaching Award, given by alumni.

Over the course of her career, Richards directed at least one honors thesis or independent study per year, multiple student internships, and participated in and led annual field studies trips to Stratford, Canada, for the Stratford Shakespeare Festival. Currently, she is developing a course to be taught in the Wittenberg in Wittenberg, Germany, study-abroad program and continues to play an active role in the University Honors program. She is also working to develop courses in English for the new public health major. Richards chaired the Faculty Executive Board in 2017-2018 and directed the Women’s Studies program from 2002-2005.

Dedicated to service, Richards was also presented with the Excellence in Community Service Award at this year’s Honors Convocation. Outside of teaching, Richards serves on the board for Project Woman, the Political Action Committee of the Springfield Ohio Chapter of the NAACP, the Rocking Horse Community Health Center, Planned Parenthood of Southwest Ohio, and on a steering committee for People for Safe Water. In 2020, she was a democratic state candidate for state representative in District 79.

“I want to make sure that everyone is empowered to achieve their dreams and originally I thought the classroom would be the best place for me to do that,” Richards continued. “But over the years, I’ve seen the needs of students and realized it wasn’t enough just to teach about empowerment in the classroom. Social justice doesn’t just happen in the classroom. You have to go out into the community to fight for what’s right. I felt the need to support organizations that inspired me the most. And I saw what others were doing for the community and decided to run for public office. I wish there was even more that I could do. I feel that we have to think outside the classroom, and being involved is my way of doing that. I feel the two awards I received go hand-in-hand in this way – each makes the other more valuable to me.”

Here are some comments from some of her past students and a colleague:

“I first met Dr. Richards during the second semester of my freshman year. I enrolled in an honors course having, clearly, no idea what I was doing. I quickly realized that I was swimming in a much deeper academic pool than I was used to. Here I was, a chemistry major, surrounded by juniors and seniors who loved the humanities. Well, by the end of that class, I, too, fell in love with the humanities, and I switched my major to English. In fact, I am currently a high school English teacher, having dedicated my life to that pursuit. Certainly, Dr. Richards' love of her field, then, has had a profound impact on me. That would not be the last class I took with her. However, what made her so special was the way she approached me not just as a student, but as a human. She encountered me – and she encounters all of her students – as individuals full of their own hopes and dreams, insecurities and fears. Her instruction, then, engages with the whole person: she truly teaches the humanities. I am profoundly better for having had Dr. Richards as a teacher, and her love of both her material and her students have found – I hope – an echo in my own work.” - Ronald Ross, class of 2009

“Dr. Richards was the most amazing professor during my time at Wittenberg. She was SO passionate about writing and literature that I continually channel that passion when I teach my own students. I thought I wanted to be an English teacher before I had Dr. Richards, but she cemented that in me and I have been teaching for almost 20 years. I had Dr. Richards throughout my four years at Witt, and even took part in her small discussion class on teaching Evelina by Frances Burney. I still remember the love for literature that just emanated from Dr. Richards with EVERY course I took from her. She is phenomenal and very deserving of this award.” - Katharine Young, class of 2000

“Cynthia Richards embodies the best of Wittenberg’s faculty in creative teaching, cutting-edge scholarship, and tireless service to Wittenberg, and the Springfield community. Cynthia passes her light in the classroom not only by sharing her expertise in critical theory and 18th-century literature, but by making those challenging subjects both relevant and compelling to her students. For instance, when the U.S. went to war with Afghanistan and Iran, she focused on how the endless wars of 18th-century England erupt into the drawing-rooms and even the bedrooms of early novels. Her more recent upper level courses bring trauma theory and disability studies to bear on the 18th century to stunning effect. But it’s not just her advanced literature students who experience these urgently relevant, student-centered courses. Her English 101 helps students write about the roles memory and remembering plays in our lives, private and public. Her English 180 students examine ideas of romance from the middle ages to now, and what love means to them. In a new area of interest, narrative medicine, she offers to nursing students and others a powerful way to use story-telling and analysis to understand illness. She helps her students connect with literature not through some false idea of universality, but by celebrating difference and finding common humanity. She creates a sense of community in each class through her own warm presence and through meetings at coffeehouses or her own home. When scores of Wittenberg alumni think of the prototypical Wittenberg professor, they are remembering Cynthia Richards.” – Professor of English Robin Inboden

Established in 1960, the Distinguished Teaching Award is presented to a faculty member who has completed five years of service at Wittenberg and is a full-time teacher at the time of selection. Selection is based on current performance, and all alumni, students, faculty and staff are allowed to nominate candidates.

“It’s very hard to convey how much the Distinguished Teaching Award means to me. I remember watching someone receive the award when I first came to Wittenberg and realizing that this award elevated teaching to our highest accomplishment. The award represents the very best of Wittenberg, and it’s something I’ve aspired to since coming here."
Cynthia Richards, professor of English and the 2021 recipient of the Alumni Association Award for Distinguished Teaching
SHARE THIS! 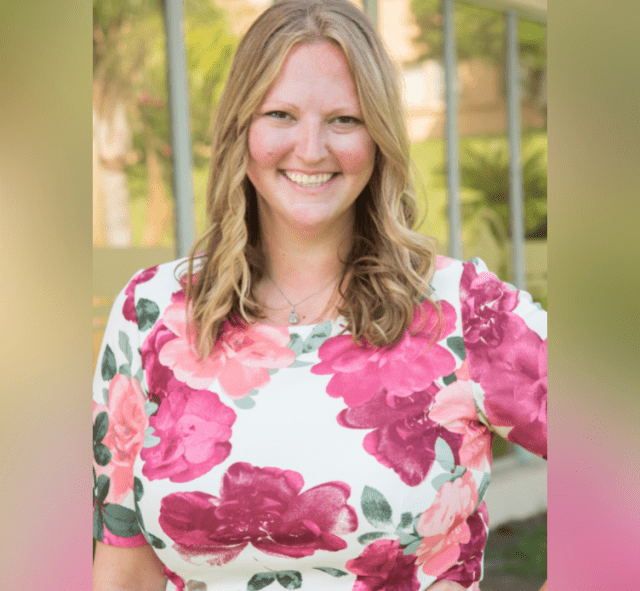 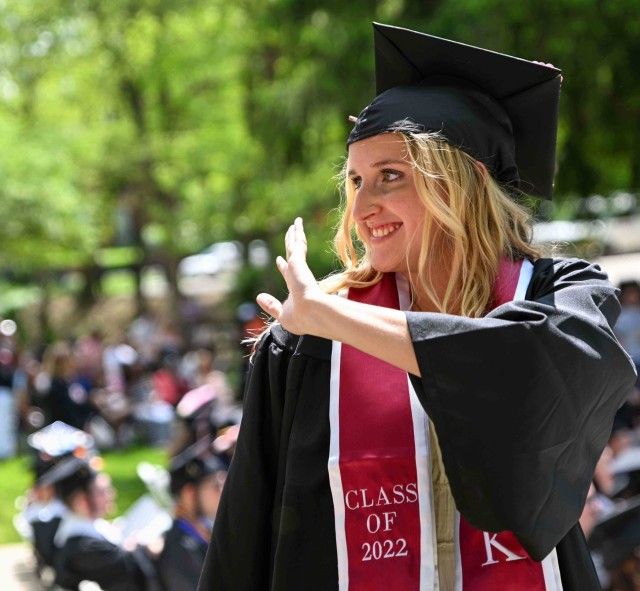