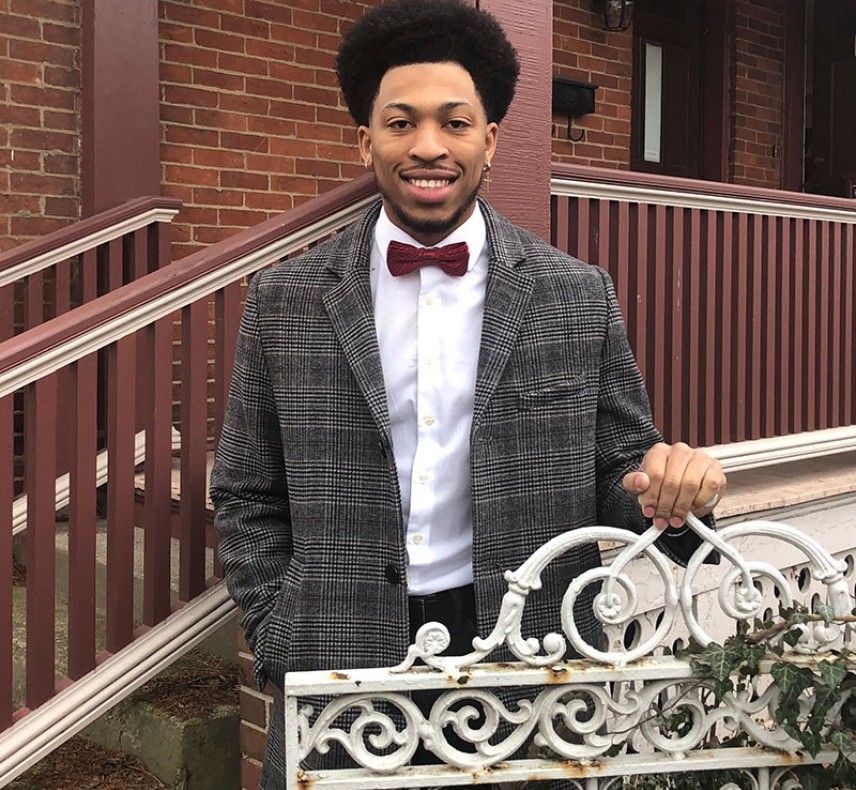 Springfield, Ohio – Emmanuel Thombs, Wittenberg class of 2022, is being recognized as a changemaker and public problem-solver when he was recently named a Campus Compact 2020 Newman Civic Fellow.

Thombs joins a group of 290 community-minded students representing the organization’s member colleges and universities from 39 states, Washington, D.C., Mexico, and Greece. The Newman Civic Fellowship is a yearlong program for students from Campus Compact member institutions.

“Since the acceptance of my nomination, I have had the opportunity to connect with some of the other fellows via Facebook and LinkedIn,” said Thombs, who is a financial economics and political science double major from Raleigh, North Carolina. “I feel both honored and humbled to be able to network with and learn from such a large cohort of leaders. As a fellow, I will be completing a project related to an issue that I am very passionate about, which is economic inequality within underrepresented communities. I am still in the planning stages of my project, but I plan to present my work in a short documentary.”

Students selected for the fellowship are leaders on their campuses who demonstrate a commitment to finding solutions for challenges facing communities locally, nationally, and internationally. According to the Campus Compact website, through training and resources, the Newman Civic Fellowship nurtures students and helps them develop strategies for social change while building transformational partnerships between campuses and communities. It also provides virtual training and networking opportunities. Fellows are nominated by their president or chancellor on the basis of their potential for public leadership.

Thombs is heavily involved in the University’s student government, specifically Student Senate, and was recently elected student body president. He is also training to be a Writing Center advisor, a resident advisor for the Witten ‘burbs, and is a member of the Phi Kappa Psi fraternity, the Entrepreneurship Fellowship program, and Minority Men Striving to Succeed. He believes that it’s his duty to use his voice for others, “especially in a world where many face persecution for standing up for their beliefs.”

“The idea of igniting change and solving problems within a society motivates me to tackle issues in the communities of which I am part,” said Thombs, who went through an interview process before being selected by President Michael Frandsen and approved by the national Campus Compact organization for the fellowship. “Since coming to college, I’ve had the opportunity to create outlets where I am able to use my voice to make a difference. In my time on Student Senate, I’ve helped to create spaces for conversation, which ignite thought and allow our community to engage in civil discourse for the purpose of connecting the ties that seemingly draw us apart. Out of all of the things that I am involved with at Wittenberg, Student Senate has by far had the largest impact.”

Thombs first gained interest in addressing issues of economic inequality while growing up watching his mother work pro-bono as a bankruptcy attorney.

“While seeing her change the lives of thousands of people brought me much pride, it concurrently made me aware that there were far too many people in difficult situations that could have been prevented,” he said. “Growing up in that environment, I learned quickly that financial literacy is imperative in reversing the effects of generational economic inequality.

“My mom told me from a young age that she thought I would have a career in politics,” Thombs added. “The idea of having the ability to help people and change things for the better has always excited me. Growing up, I was heavily inspired by Barack Obama. While he was campaigning in 2007, he came to Raleigh, and I was fortunate enough to shake his hand and tell him my name. After he was elected, I asked my parents to help me write him a letter telling him how much he inspired me and made me feel like I could accomplish anything I set my mind to. I typed that letter up, signed it, and sent it to him. On a warm spring day later that year, I opened my mailbox to find a letter from the White House, signed by President Obama himself. I can't describe the elation I felt in that moment. I don't know why, but when I ponder the motivation behind my current career aspirations, this memory is what comes to mind.”

After graduating from Wittenberg, Thombs hopes to attend law school and specialize in international law.

I have a lot of big dreams, so my career aspirations are quite lofty. I am drawn toward a career in diplomacy and politics, and my future aspirations largely revolve around those two areas. Being a fellow will provide me an outlet to conduct community outreach and collaborate with leaders in order to enrich the lives of people in my community, which is something I plan to be doing for the rest of my life.
Emmanuel Thombs '22

“Since arriving on campus, he has shown a passion for providing outlets for his peers to voice their opinions and bridging divides in our community,” President Frandsen said. “His approach to leadership is to take time to listen and process, and when necessary take a step into the uncomfortable gap between groups. Building off the momentum of helping individuals create strategies for improvement, he plans to connect his academic interest of understanding the allocation and use of resources on a national level to positively impact individuals who need financial support in their day-to-day lives. He believes that one way to address economic inequality is by seeking out ways to help all members of the community make informed financial choices.”

Campus Compact is a national coalition of 1,000-plus colleges and universities committed to the public purposes of higher education. A Boston-based non-profit organization that recognizes and supports community-committed students, the fellowship is named in honor of Frank Newman, one of Campus Compact's founders, and is supported by the KPMG Foundation and by the Newman's Own Foundation. Visit www.compact.org.

Community Service At Wittenberg
Wittenberg University's Community Service program provides students with opportunities to serve, to connect with the greater Springfield community, and to reflect on the service experience to better understand themselves, community needs, and their responsibility in advancing the common good.
Learn More
SHARE THIS! 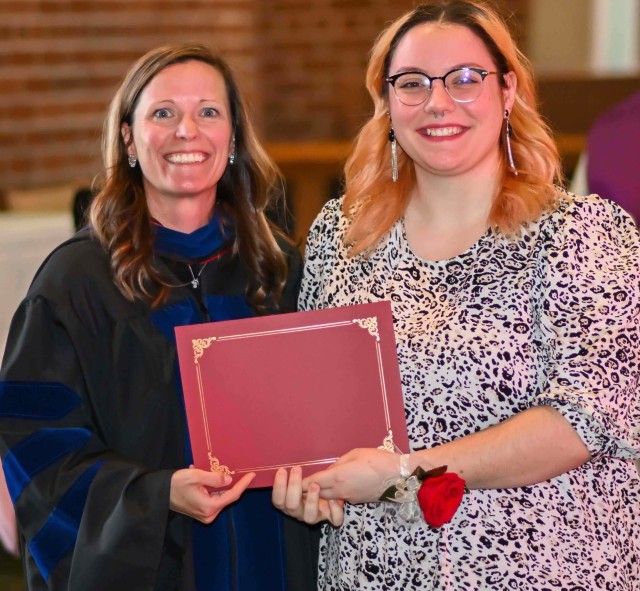 Sydney Lamb, Wittenberg class of 2023, is being acknowledged as a public problem solver. Thanks to her demonstrated investment in finding solutions for challenges facing the community, she was recently named a Campus Compact 2022 Newman Civic Fellow. 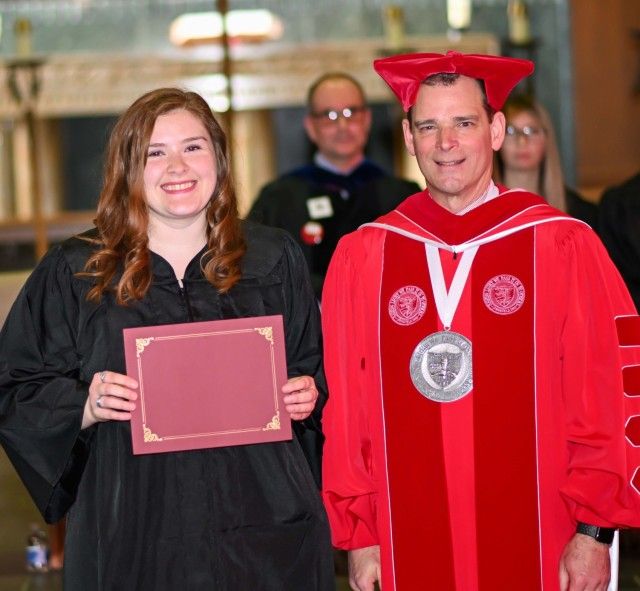