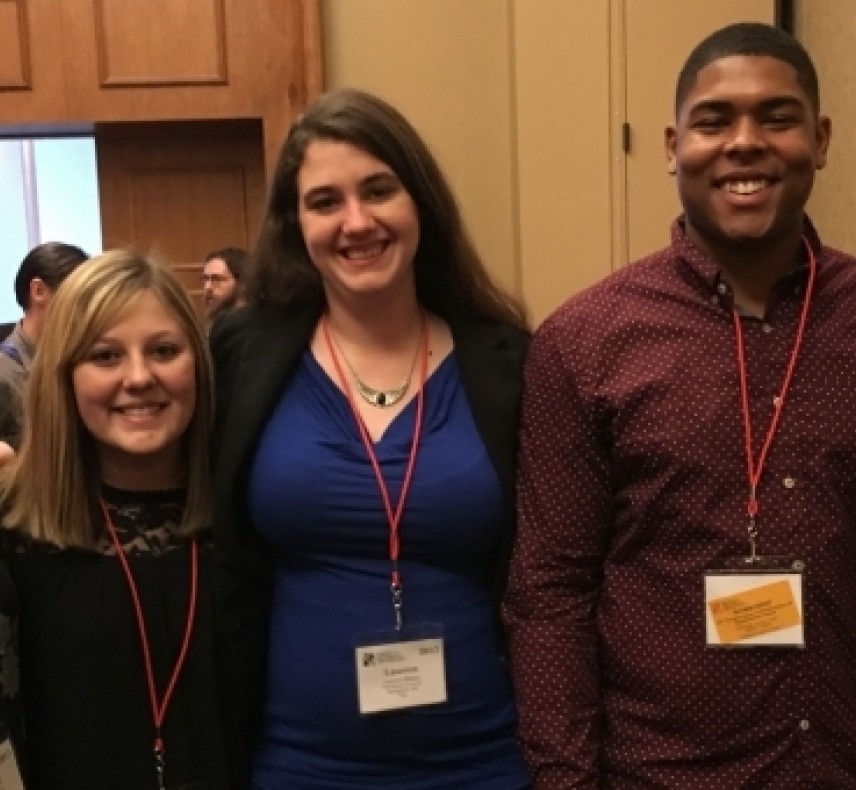 How about those undergraduates from Wittenberg? That was the talk at the recent 50th annual meeting of the Society for Historical Archaeology (SHA) in Fort Worth, Texas, after Wittenberg students spontaneously entered the society's 4th annual Ethics Bowl competition.

A friendly competition that provides conference attendees with an opportunity to think and talk about applying professional ethics to real-life experiences as practicing archaeologists, the Ethics Bowl is apparently a tradition at the conference.

"All teams prepare in advance and have the topics to assist in preparation," said Professor of History and Department Chair Darlene Brooks Hedstrom, who is also the director of the archaeology program. "What made our students so remarkable beyond being willing to participate as undergraduates is that they didn't know about this part of the program until we arrived in Texas. They also did not know the topics in advance. I also had no idea about this component, as I was new to attending SHA along with them. So, they held their own and were confident enough to participate."

The students entered the debate against graduate students, discussing historic preservation, ethics in history and archaeology, as well as questions about "who owns the past." The result: a superior performance. In fact, the Wittenberg students performed so well that a final round was added to the competition with the group taking second place.

"The room was so impressed by our students and their training in my archaeology class that deals specifically with the history of preservation and heritage that the SHA executive committee elected to award them $250 to acknowledge their success; the first prize team wins $750," Brooks Hedstrom said. "Throughout the rest of the conference, I received emails and texts from faculty at the conference talking about 'those Wittenberg students' and 'how great they were!'"

Committee members not only awarded the money, but also wrote letters to interim Wittenberg President Dick Helton and interim Provost Mary Jo Zembar. One letter in particular came from Mark Warner, president-elect of the SHA, who helped organize the Ethics Bowl.

The faculty and professionals who were there either as judges or as spectators were tremendously impressed. I have been involved in this organization for approximately 25 years. and this was one of the most satisfying things I have seen at the conference.
Mark Warner, president-elect of the SHA

"To be frank, your students were the talk of the conference," he wrote. "They spontaneously joined the competition (literally putting down their lunches to participate) and went head-to-head against a team of graduate students (three Ph.D.s. and one master's) and more than held their own, almost beating the other team. The faculty and professionals who were there either as judges or as spectators were tremendously impressed. I have been involved in this organization for approximately 25 years. and this was one of the most satisfying things I have seen at the conference. You should be tremendously proud of these students for their willingness to stick their neck out and join in."

According to its website, the SHA was formed in 1967 and is the largest scholarly group concerned with the archaeology of the modern world (A.D. 1400-present). The main focus of the society is the era since the beginning of European exploration. SHA promotes scholarly research and the dissemination of knowledge concerning historical archaeology.

Historical archaeology is the study of the material remains of past societies that also left behind some other form of historical evidence. This field of research embraces the interests of a diverse group of scholars representing the disciplines of anthropology, history, geography and folklore.  For more information on the SHA, go to https://sha.org/

Wittenberg students also attended a bioarchaeology workshop and met several professionals in cultural resource management, museum studies, the National Park Service, heritage specialists, and historians who use archaeology to write about the past.

"I also was asked to meet with the President of SHA (Warner), and he expressed his appreciation for bringing our students as well as how remarkable it was for them to be so prepared and professional," Hedstrom added. "He strongly encouraged me to find a way to bring them back to next year's conference in New Orleans. The students were thrilled with their accomplishments and knew I would be proud of them. I can't describe how magical it was to see them just beaming with their intellectual satisfaction at holding their own against graduate students."

The five students were able to attend the conference with funding from the C. Louis Meyer Foundation - a gift established by Louis Meyer Brown, class of 2000 and given to both the Wittenberg history and psychology departments to support student travel to museums and conferences.

Recognizing the gift of a life-changing education he received from Wittenberg, Brown, from Chicago, Ill., has committed $10,000 annually to support the departments.

He currently serves as vice president of wealth management at Morgan Stanley Smith Barney LLC in Chicago, and worked with his family's foundation to provide the gift. Founded in 1946, the foundation seeks to further public welfare through the relief of poverty and suffering, the advancement of education, the promotion of health, and the extension of the influence of religion. 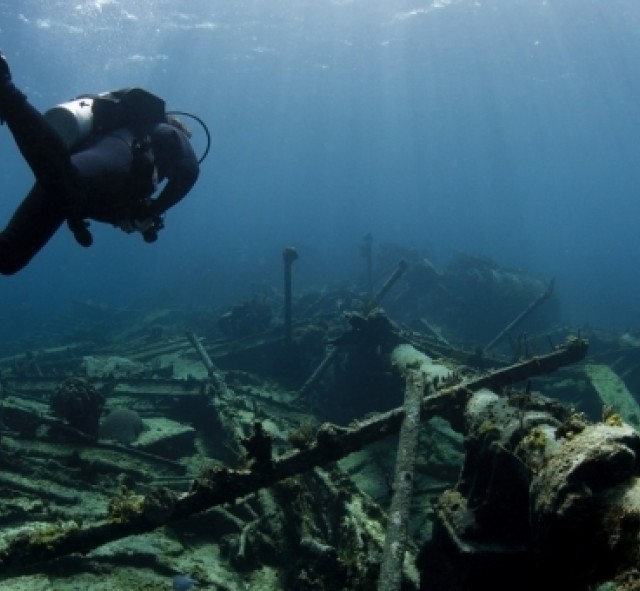 Four years and thousands of frequent flyer miles later, Lobl's interest has transformed into a passion - and, most importantly, a promising career. 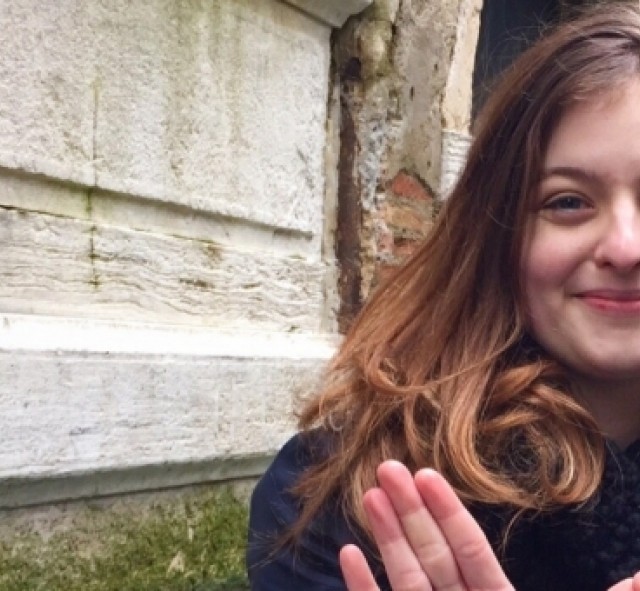 Known for its many castles and beautiful greenery, Ireland captured one student's heart last spring while studying abroad. Now Hannah McCartney, class of '18 from Greenville, Ohio, will have a chance to return to the snake-free island in the North Atlantic through the Institute of Field Research (IFR), an organization created to bring archaeological field schools to students. 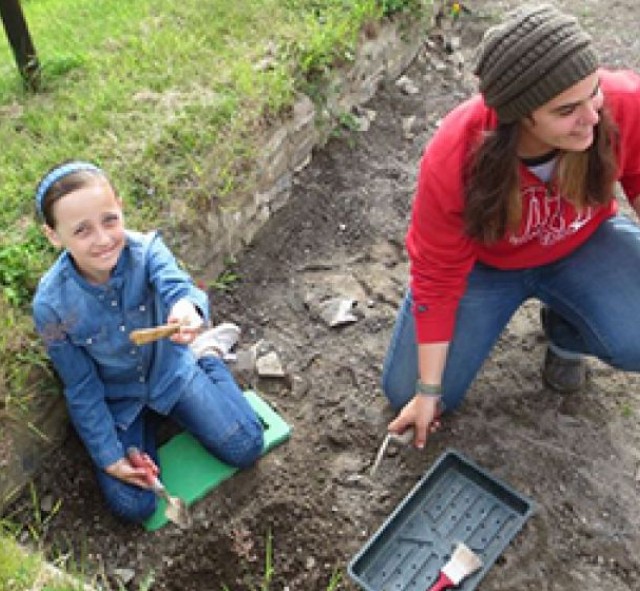