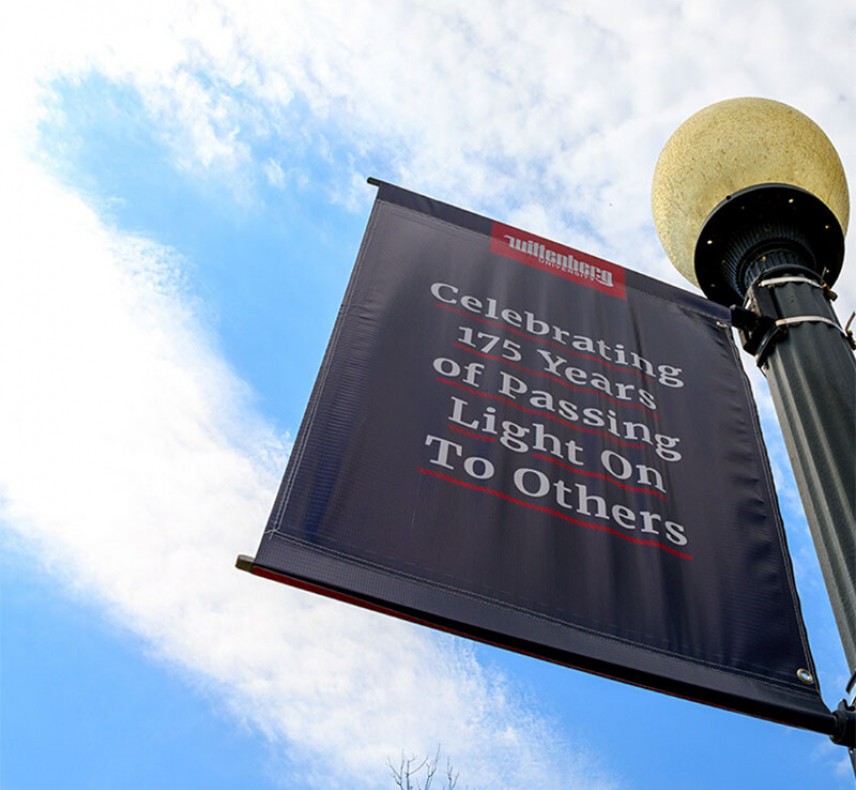 Springfield, Ohio – Even as Wittenberg University delivers classes through remote learning as a result of the COVID-19 health crisis, the annual Honors Convocation celebrating academic achievement was successfully presented through a series of social media announcements. Beginning with an introduction by President Michael L. Frandsen on Friday, April 3, the original date for the 2020 Honors Convocation, the social media-led celebration continued through Monday, May 4.

The 2020 Alumni Association Award for Distinguished Teaching was presented by the Wittenberg Alumni Board to Associate Professor of Education and Department Chair Brian Yontz. The award was established in 1960, and it is the highest recognition Wittenberg bestows on its faculty. Candidates must have taught at Wittenberg for more than five years and are nominated by students, alumni, faculty, and staff.

Wittenberg was also proud to announce that Theresa K. Harper, Columbia, South Carolina, is a U.S. Fulbright recipient in the student program, while Madison T. Nadler, Jackson, Ohio, and Samantha L. Reynolds, Holland, Ohio, are U.S Fulbright semi-finalists, who are still waiting to find out if they have been selected as finalists. Harper will be an English teaching assistant in Taiwan for the academic year 2020-2021.

Elaina Adams, Livonia, Michigan, was named Alma Mater, an honor bestowed upon a junior woman on the basis of character and integrity, service to the community, concern for others, and high standards of scholarship. Deion Woodson, Westerville, Ohio, was named Alma Lux, an honor bestowed upon a junior male student who possesses qualities of leadership, scholarship and service.

Marlee T. McGorray, Rocky River, Ohio, received the Heimtraut Dietrich Award, which was established in 1981 to recognize the student who best emulates the spirit of the late associate dean of students' devotion to Wittenberg through faith and service.

The M. Alice Geiger Award was presented to Erykah L. Andrews, Reynoldsburg, Ohio. The award, named for Wittenberg's first woman graduate, recognizes a senior woman for outstanding contributions to the campus in the areas of performing or literary arts, athletics, co-curricular leadership, new programming, special academic pursuit, or through special representation at any time during her college career.

The John F. Mitchell Award, honoring the senior man who best represents the liberal arts tradition at Wittenberg, was presented to Noah W. Perry, Columbus, Ohio. The award goes to a top student who is a positive force in academic, cultural, and social aspects of the campus.

The Alpha Delta Pi Scholarship Award, created in 1990 by the Springfield Alumnae Association and Chi Chapter of Alpha Delta Pi sorority, recognizes two junior women, one Greek and one non-Greek, who best exemplify the characteristics consistent with the ideals and goals of the sorority. This year's recipients are Zori L. Parker, Columbus, Ohio, (non-Greek) and Charlotte E. Hurst, Athens, Ohio, (Greek).

The Charles J. Ping Student Community Service Award is presented in recognition of outstanding leadership and ability to meet the needs of the community by working in partnership with members of the community. It recognizes the student's effort to create an organization to lead and to involve others. Ohio Campus Compact, a statewide membership organization that serves to promote community service initiatives at colleges and universities, sponsors this award. This year's recipient is Mackenzie E. Hill, Zanesville, Ohio.

Asharee B. Jones, Hamilton, Ohio, and Jonathan A. Seay, Miramar, Florida, were the recipients of the Martin Luther King Jr. Award for positive examples to members of the African American community and to the University.

Jamin N. Waite, Lexington, Kentucky, received the Broadwell Chinn Award, named for one of the first African American students to enroll at Wittenberg in the 1870s. The award honors the student holding the highest GPA among African American juniors.

The Dominic E. and Alyce G. DeMarco Award is a scholarship given for academic excellence and distinguished service to those living on the margins of society. It is awarded to a student with a GPA of at least 3.5 who has demonstrated and will continue to demonstrate a commitment to serving those persons who live on the margins of society, the sick, the material poor, the displaced, the homeless, and the elderly. This year’s recipient is Aislynn Ward, Toledo, Ohio.

Introduced in 2009, the Lillian C. Franklin Diversity Award is granted each year to honor a student and a faculty/staff member who have made outstanding contributions in promoting and furthering our goal of rich diversity in the Wittenberg community. Candidates must uphold the tradition of diversity embodied by the award's namesake, demonstrate high standards of personal integrity, commitment to the education of the whole person, global vision, and leadership. The 2020 student recipient is Erykah L. Andrews, Reynoldsburg, Ohio, and the faculty/staff recipient is Joshua Moore, assistant dean of diversity and inclusion.

Sarah M. Hartman, Reynoldsburg, Ohio was presented with the Copeland Community Service and Social Justice Award, and the Excellence in Community Service Award went to Sarah Fortner, associate professor of geology and director of environmental science.

Finally, Wittenberg annually celebrates students who have been inducted into a wide range of honoraries and recognition societies, highlighted by seniors earning university honors and inductees into Phil Beta Kappa, the oldest and most prestigious national honor society in the country.