Finding success on screen and off 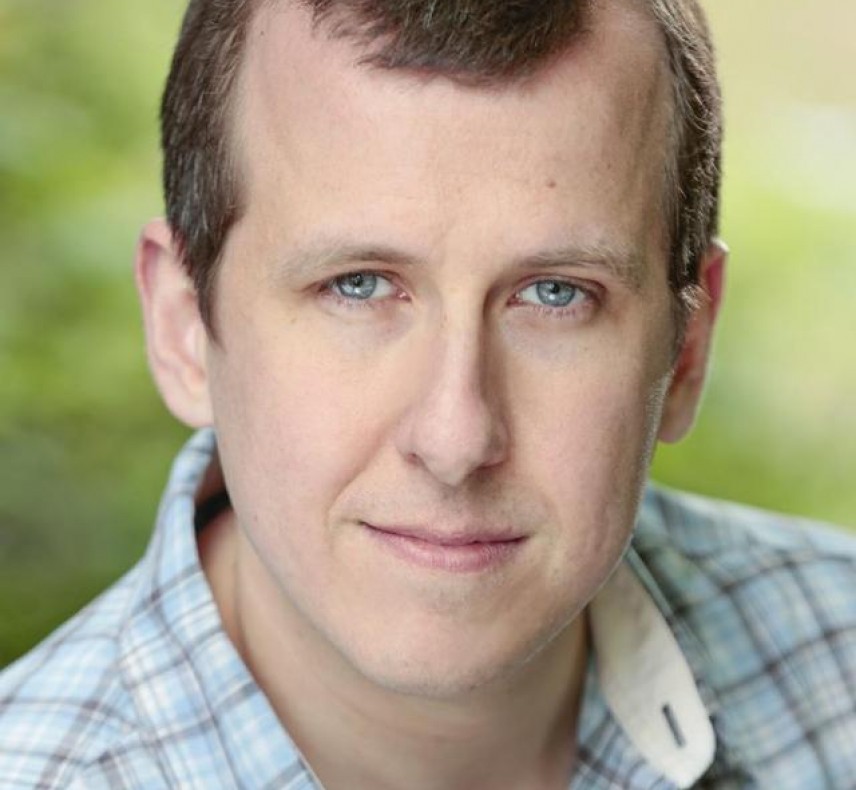 While studying at Wittenberg, David Herzog '06 took advantage of performing in every theatre production he could, and 11 years later, he is still finding his way onto the stage, even though acting was not part of his early career planning.

“Acting is not something I was interested in as a career when I was a child. Even when I was attending Wittenberg, I was actually training to become a preacher,” said Herzog, originally from Springfield, but now living in Colwyn Bay, Wales. He graduated with a degree in theatre and dance and a minor in religion. After graduating from Wittenberg, he obtained a master’s degree at the Liverpool Institute for Performing Arts in the United Kingdom.

“I pursued my theatre studies alongside my religious studies and the two worked hand in hand, very well,” he continued. “It wasn't until the mother of a young lady I was dating at the time said to me, "You can do the preacher thing anytime you want. You're also a great actor. Why don't you pursue acting now while you're young and return to the ministry later on if you still want to?" It was the best advice I could have been given. If I hadn't had that conversation, I might not be where I am today.”

While at Wittenberg, Herzog was a member of the Wittenberg Choir, Pocket Lint, the Chamber Singers and Peer Helpers, in addition to all of the theatre department productions he took part in. Now he rubs elbows with the likes of actor Kevin Bacon, musician Ed Sheeran and comedian Katherine Ryan.

“I'm still acting,” he said. “It's such a blessing to continue to pursue my passions and my studies. Wittenberg helped me on so many levels. The liberal arts element provided me with many disciplines and backgrounds that continue to contribute to how I pursue acting and how I research the different roles I play. Mostly, of course, it was the teachers that steered me in the right direction. The entire theatre and dance department (Corwin Georges, Steve Reynolds, Jimmy Humphries, Debbie Henderson, Shih-Ming Li Chang, and Ligia Pinheiro) trained me hard in as much of the theatre arts as they could. More importantly though, they taught me discipline. Whenever my natural teenage laziness impeded my success or kept me from achieving my full potential, my professors were there to knock some sense into me and make sure I worked as hard as I possibly could.”

I would not be where I am today without my Wittenberg education. I wouldn't trade that for the world. Wittenberg provided me with support, knowledge and a strong work ethic. I think about my time at Wittenberg often, and the memories that I made while I was there. I miss it and the wonderful people who helped to shape my life.
David Herzog '06

Herzog recently took time to answer a few questions about his acting career.

W: Give us some background on what you currently do and how you got into commercials and doing voiceovers.

DH: Even though my background is in theatre, particularly musical theatre, I've found since moving to the United Kingdom that the stage industry is a bit desolate. There is a large pool of actors and actresses competing for very few jobs. My agents started submitting me for on-camera work instead. I discovered that the film and television industry in this country is much more lucrative and allows for a different kind of acting and creativity that I have now become very accustomed to. In addition to the on-camera work that my current agent submits me for, I also do voiceover work. Enough people in the industry had been commenting on how unique my voice sounds that I decided to give it a try.

W: Is this your full-time job now?

DH: Acting professionally is rarely a full-time job unless you're very lucky. I've been lucky to have the different acting jobs that I've had. Most of them help sustain me through the year. I do however hold down other jobs from time to time. At the moment, I am assisting my wife, April, with her latest project. She has opened up a drama academy for children here in North Wales. That takes up most of our lives these days.

W: Tell me who you’ve been able to work with, how this came about and what was it like working with these people.

DH: Kevin Bacon is the spokesman for EE Mobile Phones here in the UK. I was simply called into an audition for a small role in one of these commercials. The turnaround for something like this can be quite quick. I was seen for the role (a cannon operator). I was offered the role shortly thereafter. I was picked up by private car the next morning from my apartment in London and whisked off to Wembley Stadium for the shoot. I was taken through hair, make up and wardrobe, and before I knew it, I was working on a commercial with Kevin Bacon and the rest of the company on set that day. My job was to fire a soccer ball out of a cannon at Kevin Bacon's head. It felt very surreal standing in the middle of Wembley Stadium firing soccer balls at the head of an actor that I grew up watching and admiring. Similarly, with Ed Sheeran, he had just completed recording the song Lay It All On Me with the group Rudimental. I was called in to audition for the role of a police officer for their music video. I thankfully got the job and was filming it the next day.

W: Do you have any interesting details to share about any of the personalities/stars you’ve worked with?

DH: Unfortunately, I never got to work with Ed Sheeran himself. He came in to film his bits after mine had already been filmed. I'm not in the video for very long, but it was still cool to see the final product with Ed Sheeran singing to camera and then it cuts to me.

Kevin Bacon was very nice and very professional. There were quite a few of us on set that day. I didn't know whether or not he was going to be in this particular scene. So, I was pleasantly startled when he walked passed me. He gave us all a cheerful smile and a “hello” and we all went straight to work. He never interrupted or argued with the director or cinematographer. He simply got on with what he was told and kept a professional demeanor at all times. There was no diva complex about him at all. He was very pleasant to work with.

I also had the good fortune of appearing in the short film Acoustic Kitty that starred comedienne Katherine Ryan and television star Jeff Fahey (Lost and The Marshal).  Like Ed Sheeran, I never got to work with them on the actual filming days, but it was still cool to see my name included with theirs when the end credits rolled. It was a proud moment. Fellow theatre classmate Lindsay Weldon '06 attended the premiere with me.

W: What are your plans/goals for this career and business?

DH: My plans are to always move with the flow of life wherever it takes me. At the moment, that seems to be on the camera and voiceover work. I would love to return to musical theatre and stage acting when the opportunity presents itself. I would love to work on the Broadway stage at least once in my life. Until then, I'm perfectly happy working with the challenges and excitement that film and TV bring.

W: How hard was it to break into the field? Any tips?

DH: It is very challenging. The acting profession takes a lot of hard work, a lot of patience, and a lot of perseverance as well. The trick I've found to succeed is to never stop moving. Keep creating something new every day. Also, never stop meeting people. Half the fun of working in this business is meeting new and brilliant people. The more people you interact with in the real world, the more work you get through networking and making new friends.

DH: I would not be where I am today without my Wittenberg education. I wouldn't trade that for the world. Wittenberg provided me with support, knowledge and a strong work ethic. I think about my time at Wittenberg often, and the memories that I made while I was there. I miss it and the wonderful people who helped to shape my life. 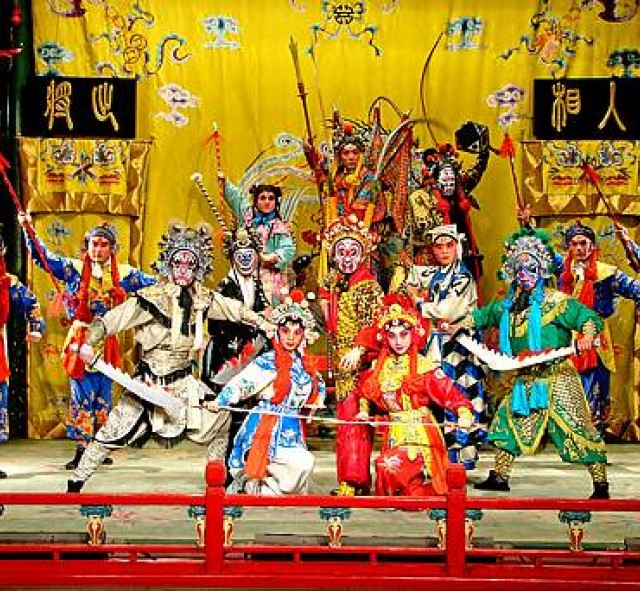 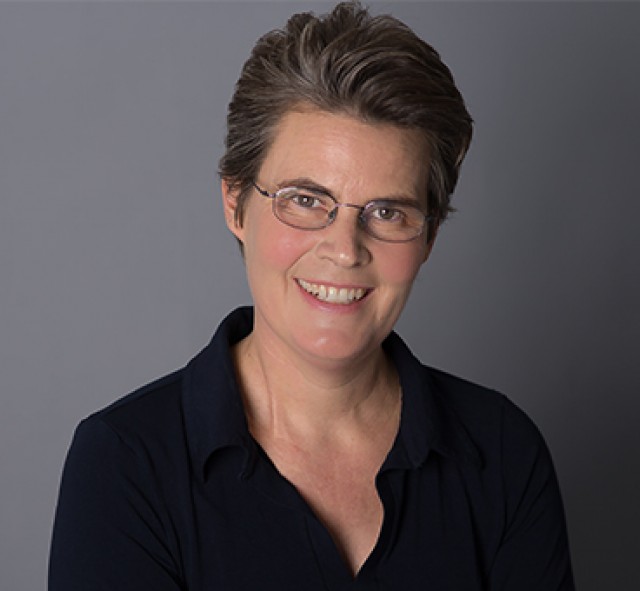 Kate Kingsley Lund has proved that #LifeAfterWitt is what you make it. 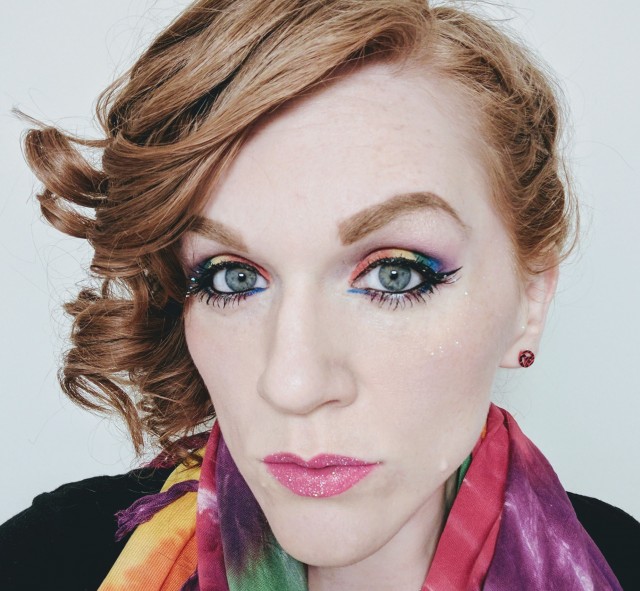