New Wray Chair in the Humanities 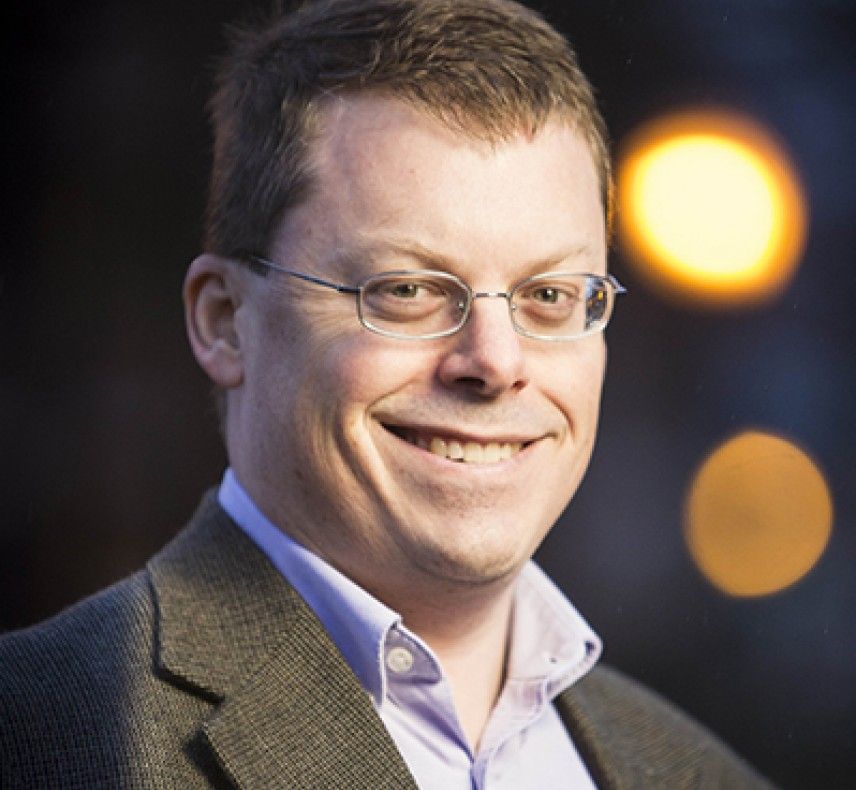 An internationally recognized scholar, Wittenberg’s Christian Raffensperger, professor of history, department chair, and the director of the University’s pre-modern and ancient world studies program, has been named the Kenneth E. Wray Endowed Chair in the Humanities.

The Wray Chair in the Humanities honors a senior faculty member with demonstrated excellence in three areas: teaching, depth and breadth of scholarship, and distinguished publications within one’s profession in the humanities. Raffensperger is the fourth faculty member to hold the distinction.

Established by alumna and former member of the Wittenberg Board of Directors Ruth Wray, the chair honors Wray's husband and seeks to recognize Wittenberg’s humanities faculty, whose work she greatly admired.Raffensperger was nominated by a committee of faculty colleagues representing each of the humanities departments. His nomination was then forwarded by Provost Michelle Mattson to the Chair of the Wittenberg Board of Directors, William D. Edwards, class of  1989, who, along with the full Board, approved him for this honor at its May 2021 board meeting.

“There are not many such endowed chairs at Wittenberg, and so it is especially humbling to have been awarded one of them. I am appreciative of the honor of being chosen by a panel of humanities faculty to hold this appointment, and I am grateful to them and to my colleagues for their trust in me. I plan to use the Wray Chair position to highlight the humanities at Wittenberg, as a teacher, scholar, public intellectual, colleague, and ambassador for Wittenberg.”
Professor of History Christian Raffensperger

Raffensperger’s record of publication is both distinguished and consistent. His first book, released by Harvard University Press in 2012 and titled Reimagining Europe: Kievan Rus’ in the Medieval World, 988–1146, won the Ohio Academy of History Publication Award in 2013. The work explores the relationship of Rus’ (the medieval kingdom that will become Russia, Ukraine, and Belarus) to the rest of Europe and focuses mainly on the multiplicity of connections between the ruling family of Rus’ and the other ruling families of medieval Europe. including dynastic marriages, religious ties, and trading relationships among other topics. His second book, titled Ties of Kinship: Genealogy and Dynastic Marriage in Kyivan Rus' (Harvard Ukrainian Research Institute, 2016), goes a little deeper into the marital connections of the Russian royal family. He published his third book, The Kingdom of Rus (Kalamazoo, Mich.: ARC Humanities Press) in 2017; and his fourth, Conflict, Bargaining, and Kinship Networks in Medieval Eastern Europe (New York and London: Lexington Books) in 2018.

Earning his B.A. from Bates College in Lewiston, Maine, and his M.A. and Ph.D. from the University of Chicago, Raffensperger is also active in multiple scholarly organizations. He recently served on the governing board of the Byzantine Studies Association of North America and the board for the Ohio Academy of History. Additionally, he is also a founding member of the editorial board for the journal, The Medieval Globe. The Medieval Globe's goal is to bring scholarly interconnectivity to a modern understanding of the medieval world.

In a letter to the provost, the Wray Chair Selection Committee said that Raffensperger is “an award-winning teacher who has modeled interdisciplinary studies for students at Wittenberg, having directed both the Russian and Central Eurasian Studies Program and the Premodern and Ancient Studies Program. He both embodies and demands academic excellence in the classroom and from his colleagues. Chris has consistently been an outspoken advocate for the centrality of the humanities to a true liberal arts education.”

Raffensperger’s interests are in Russian and Central Eurasian studies and premodern and ancient world studies. He currently has two additional books, one co-authored and the other in process. He has edited or co-edited three books, with another under contract with Routledge Press (forthcoming 2021), and yet another proposed to Routledge. He has also edited one and co-edited another issue of the journal Russian History/Histoire Russe. He has received numerous research fellowships and serves as an associate member of the Harvard Ukrainian Research Institute since 2014. He has more than 25 articles in recognized scholarly journals and/or book chapter contributions, either published, forthcoming or in process.

The National Humanities Center in Durham, North Carolina, awarded Raffensperger with his most recent fellowship – the Archie K. Davis Fellowship. Chosen from 638 applicants in April, he is one of 36 Fellows from universities and colleges in 16 U.S. states as well as from Germany, Greece, Hong Kong, Nigeria, and Taiwan, to receive an appointment for the academic year 2021–22. Each Fellow will work on an individual research project and will have the opportunity to share ideas in seminars, lectures, and conferences. This will be the second fellowship of this kind for Raffensperger. The first was during the Eugene and Daymel Shklar Research Fellow at the Harvard Ukrainian Research Institute in 2013. The Fellowship will take place at the National Humanities Center during spring 2022 term.

“The purpose-built research facility is in the woods around Durham and located near the Research Triangle so it can draw on the resources of Duke, UNC, and the other area schools, with whom it has a whole variety of agreements for sharing information and research,” he said. “I haven't been there yet, but it looks beautiful. To take this fellowship, I needed to take a leave of absence from Wittenberg, so I will not be on campus for the spring 2022 term. I had intended to apply for this during my sabbatical (Spring 2021), but with the pandemic, everything was shut down.

“The project for which I was awarded the fellowship is titled, "Comparative Political Development in the Arc of Medieval Europe,"” he added. “It is a study of how the various polities were ruled, which covered the majority of Europe, but did not include England, France, and the German Empire – which make up the majority of what is written about under the name of ‘medieval Europe.’ My contention is that those studies, largely focused on England, are not representative of medieval Europe as a whole, and by including the ‘arc of medieval Europe’ (those areas not England, France, and the German Empire), we can get a better picture of how rulers and rulership actually functioned in the medieval world. Additionally, what we will find (I believe, given the work I have already done) is that the picture from England is not the ‘normative’ picture it has always been portrayed as, but is, in fact, highly abnormal given what is going on throughout the rest of Europe. Largely, the research consists of a lot of reading of primary and secondary sources and then trying to work the material into a book format.”

The application process for the fellowship was very competitive as the National Humanities Center accepts only three percent of applicants of the several hundred applicants every year. The majority of those accepted are from R1 institutions, or local to the Research Triangle Area, Raffensperger said.

About the National Humanities Center
The National Humanities Center is the world's only independent institute dedicated exclusively to advanced study in all areas of the humanities. Through its residential fellowship program, the Center provides scholars with the resources necessary to generate new knowledge and to further understanding of all forms of cultural expression, social interaction, and human thought. Through its education programs, the Center strengthens teaching on the collegiate and pre-collegiate levels. Through public engagement intimately linked to its scholarly and educational programs, the Center promotes understanding of the humanities and advocates for their foundational role in a democratic society. 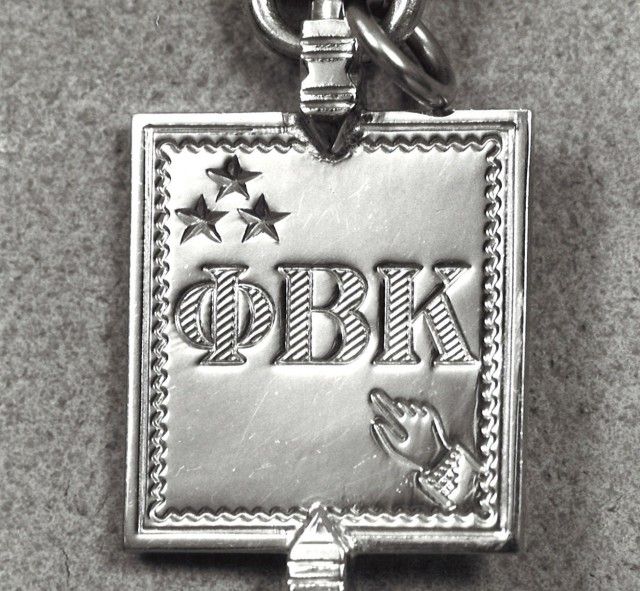 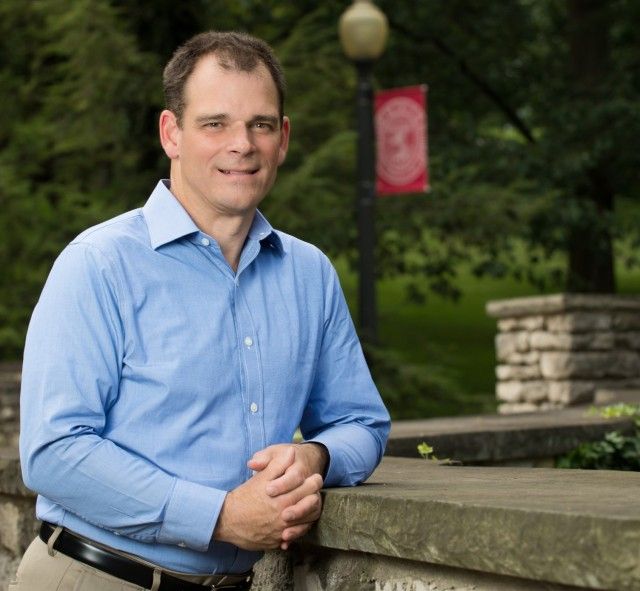 Wittenberg President Michael L. Frandsen is currently serving on the advisory group of the Association of Governing Boards of Universities and Colleges, where he and his colleagues are working on a collaborative project examining the board’s role in overseeing institutional business models.