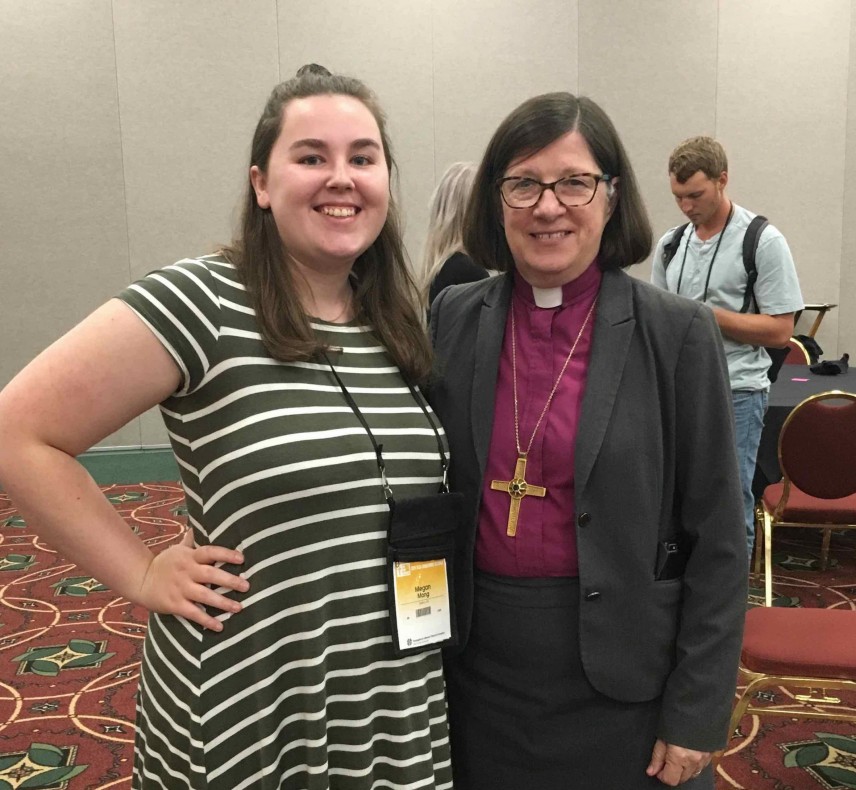 Thanks to a program offered by the Evangelical Lutheran Church in America (ELCA), Wittenberg University graduate Megan Mong will soon embark on a journey to Jerusalem to walk with others on their respective paths.

Mong, from Salina, Kansas, graduated in 2019 with a degree in religion and a minor in sociology. She will be working with Palestinian Christians in a church setting and teaching English to younger children within the school system in Jerusalem through the ELCA’s Young Adults in Global Mission (YAGM) program. The program, which is modeled after the Peace Corps, invites young adults ages 21 to 29 to participate in a transformative, year-long journey in international service. Wittenberg has created a steady pipeline into YAGM, one of the ELCA’s premier leadership development programs.

“No matter my official job(s), the biggest thing I will be doing is walking with the people I meet,” said Mong, who was an orientation assistant and peer mentor, as well as a member of the Weaver Chapel Association, Common Ground, and Kappa Delta during her time at Wittenberg. “Accompaniment and walking in faith are the main things I will be doing during my time there. I fell in love with the YAGM program because of its model of accompaniment. We aren't traditional missionaries whose goal is to convert people, but rather we walk with the people in our communities.”

Mong applied to YAGM in December 2018. Then, in April and four interviews later, she received word that she was assigned to a school in Jerusalem. She leaves in mid-August for her year of service.

“I have not studied abroad and am super nervous about it. I'm not sure what to expect, but I will be leaving with five other missionaries, who will also live in Jerusalem for the first time,” she continued. “Originally, I was supposed to be interviewing for Rwanda or Cambodia, but there were some unforeseen circumstances, and Cambodia was no longer an option. When listing my country preferences, I was excited to go anywhere that didn't require me to be fluent in another language. My parents were members of an ELCA congregation, so I have always been involved with the ELCA. When I was around 10, my church had a former YAGM volunteer come speak to my congregation, and I fell in love with the program then. The idea of being able to travel and help people along the way resonated with me.”

Mong is one of more than 85 young adults serving on behalf of the ELCA in 11 different country programs around the world. As they offer themselves in service, ELCA young adults are shaped by the witness of global neighbors and share in the journeys of companion churches and organizations around the world. A year of service through the YAGM program allows young adults to provide critical support to ministries and projects in communities of need, and invites volunteers into a journey of self-reflection, providing space to consider their sense of identity, God’s work in the world, and their place within it all.

Areas of service include, but are not limited to, health and development, congregational ministry, human rights, education, homelessness, addiction recovery, women’s issues, and children and youth. All site placements provide opportunities for young adults to confront issues of wealth and poverty, racial privilege, and economic disparity and globalization, all through the lens of faith.

After her year of service, Mong is considering a call to ministry and seminary. One thing she does know is that she wants to continue to work in a service-oriented profession.

“I always thought I would be in a helping or service-oriented profession, and the YAGM program is a dream come true for me,” she said. “I didn't really think I would be able to travel abroad while also helping people. Wittenberg gave me the confidence to actually pursue what I wanted to do. Our campus is very service-oriented and that helped a lot to keep the passion alive and connect me to other people who have taken similar career paths.” 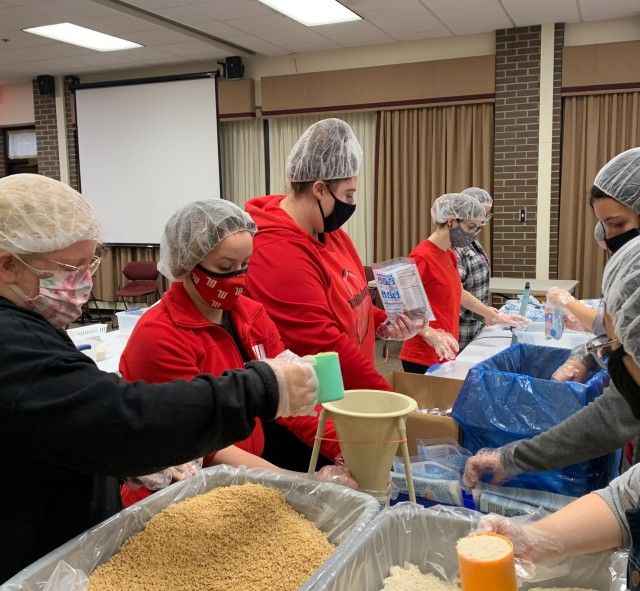 The Interfraternity and Panhellenic Councils partnered with the Lesotho Nutrition Initiative (LNI) during Greek Week 2021, Oct. 25-30, to pack meals for children suffering from severe malnutrition in Lesotho. 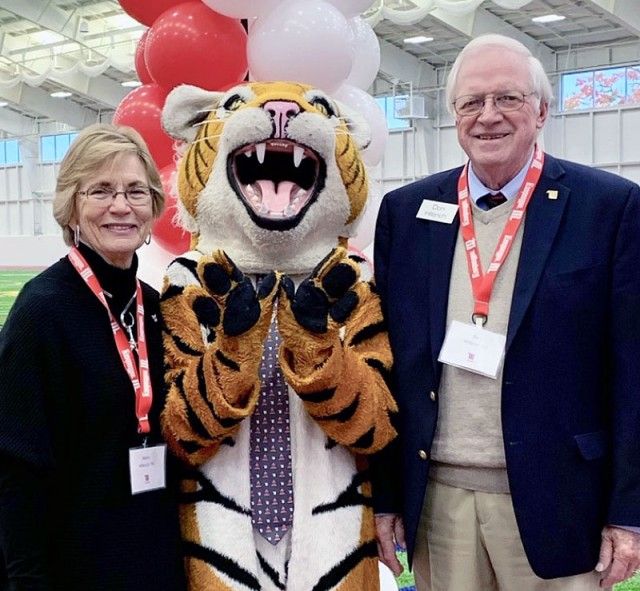 Rev. Dr. Don Hillerich ’61 ’64S and Marty Hillerich '95H continue to inspire and give back, all while proudly representing Wittenberg wherever they go.