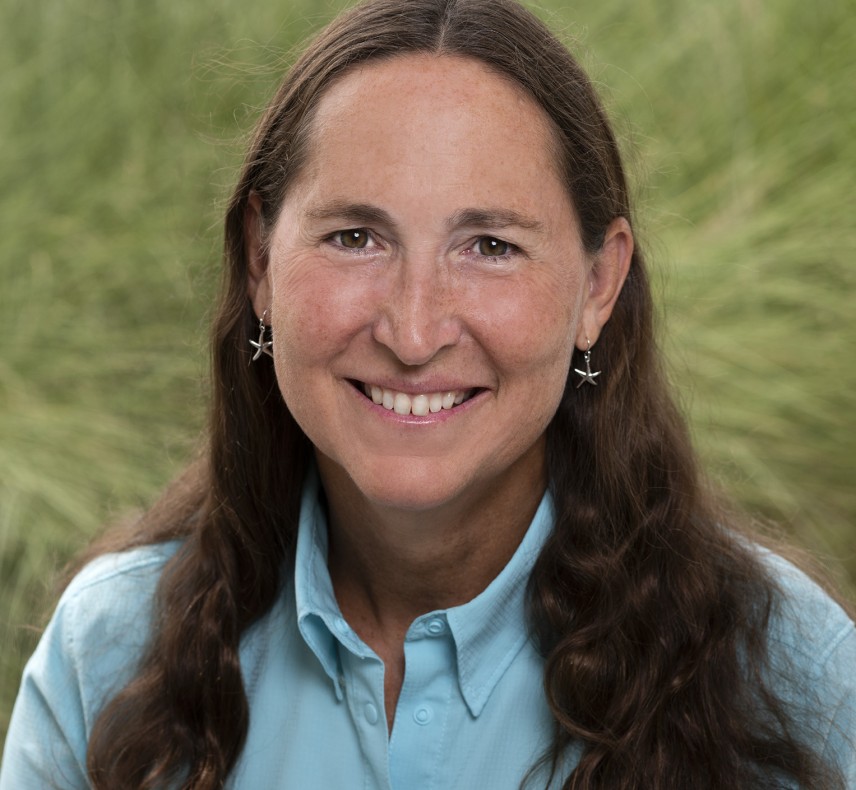 Kathleen A. Reinsel, associate professor of biology and the director of the marine science program at Wittenberg, has been named the George Greenawalt Professor in Biology.

Since joining the Wittenberg community as a faculty member in August 1999, Reinsel has become a distinguished teacher, an active and productive scholar, and collaborative colleague who makes regular contributions to the campus community and the larger scientific community. She is the fifth Wittenberg biology professor to hold the distinction. The first named professor was William Beaver, who taught at Wittenberg from 1923 to 1965, followed by Emmet Bodenberg, Elizabeth Powelson, and Dave Mason.

Reinsel has taught nine different courses while at Wittenberg with her most common being marine ecology and marine invertebrates. She continues to redesign her existing courses and recently added a new laboratory exercise in her marine ecology class that integrates molecular biology techniques to test ecological questions. Serving as the director of the marine science program since 2008, Reinsel is also advisor for the Marine Science Club. She has served Wittenberg and the wider scientific community as a member of 10 different committees, including the Honor Council and Field Studies Committee, as well as a Preparing Future Faculty mentor for graduate students who seek to become professors at liberal arts colleges.

“The students who partake in these field studies talk about how much they learned during those experiences and how much effort goes into making everything run seamlessly,” said Michelle L. McWhorter, associate professor of biology. “Dr. Reinsel is also willing to tackle new challenges. In combination with her work in the classroom and in field experiences, she has helped many marine science students get into graduate schools or procure internships and/or employment. Students comment on her frequent emails, sharing various opportunities for outside-the-classroom experiences. Dr. Reinsel is clearly a distinguished teacher who is dedicated to the success of her students.”

Collectively, Reinsel’s students have delivered 46 presentations (both oral and poster presentations) at professional scientific meetings. At the Benthic Ecology Meeting, one of her research students won Best Student Poster, while another secured second place for the best undergraduate presentation. In addition to those conference presentations and awards, Reinsel has also published 14 peer-reviewed publications with undergraduates as co-authors.

From 2010-2016, Reinsel was a principal investigator for Wittenberg’s $1.2 million National Science Foundation-funded Robert Noyce Teacher Scholarship program. This scholarship program helped to fund students interested in STEM education at high-need schools. Reinsel was a coauthor of this grant and continues to file annual reports and keep the records of the students who participated in the program for the University.

“Students have commented on the impact that her involvement, both as a program director and as club advisor, has had on their lives and careers,” McWhorter added. “In 2018-19, upon the nomination by her students, Dr. Reinsel won the Student Organization Advisor of the Year award. She is, without a doubt, a distinguished teacher, scholar, and colleague.”

The Greenawalt gift was first recorded between 1919 and 1924 during the presidency of Charles G. Heckert. The gift was established by Mrs. Mary B. Greenawalt, of Fort Wayne, Indiana, to establish a named professorship in biology in memory of her husband, George Greenawalt.