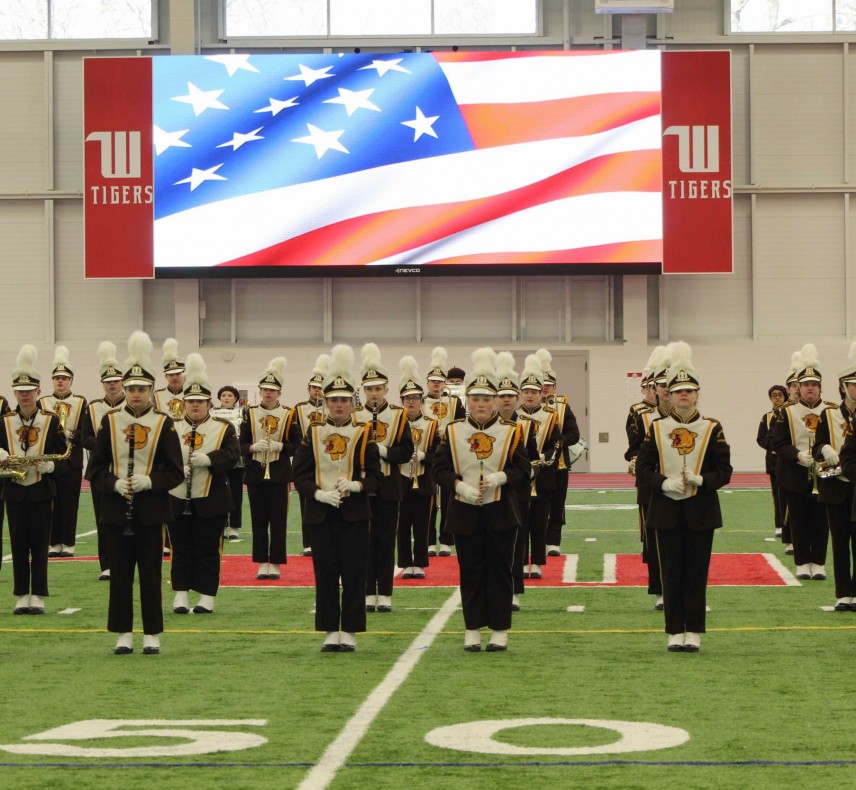 President-Elect Joe Biden’s Presidential Inaugural Committee (PIC) has announced that the Kenton Ridge Marching Cougar Band from the Northeastern Local School District in Clark County will be representing the state in the virtual Parade Across America, Jan. 20. Featuring diverse and dynamic performances in communities in all 56 states and territories celebrating America’s heroes, and highlighting the diversity, heritage, and resilience of the country, the parade is one component of Biden’s inauguration festivities.

The Marching Cougar Band recorded their performance for the virtual parade on Wednesday, Jan. 13, in the Steemer, Wittenberg’s new state-of-the-art centerpiece in the University’s fully renovated and expanded Health, Wellness, and Athletics (HWA) Complex.

“This unique and once-in-a-lifetime experience for the Kenton Ridge Marching Cougar Band highlights the type of community connections and involvement that Wittenberg University envisioned with the HWA project,” said Wittenberg Senior Associate Athletic Director Bret Billhardt. “While the Steemer is usually a facility where Wittenberg student-athletes hone their skills for their next big athletic contest, it was great to be able to host an event of this magnitude for a community partner and will be great to see the Steemer displayed front and center for the entire country to see during Wednesday’s Presidential Inauguration Parade Across America virtual celebration.”

According to a PIC press release, the Parade Across America is scheduled to take place at 3:15 p.m. EDT on Wednesday, Jan. 20, and will be hosted by actor, producer, and director Tony Goldwyn. The event will also feature other well-known performers and athletes including Jon Stewart, New Radicals, DJ Cassidy’s Pass the Mic, Earth, Wind & Fire, Nile Rodgers, Kathy Sledge, the Trans Chorus of Los Angeles, the Washington Chorus, the Triumph Baptist Church Choir, Andra Day, Kaitlyn Saunders, Nathan Chen, Allyson Felix, Katie Ledecky, and Nathan Apodaca, also known as DoggFace. The United States Coast Guard Band, the U.S. Marine Corps Silent Drill Platoon, a Dance Across America performance, a wheelchair basketball program from the Ryan Martin Foundation, and numerous other guests will join in during the broadcast.

Tune into the event via a livestream at https://BidenInaugural.org/watch or on the PIC’s social media platforms, including YouTube, Facebook, Twitter, and Twitch. The PIC’s streaming partners, including Amazon Prime Video, Microsoft Bing, NewsNOW from Fox, and AT&T U-verse (Channel 212/1212 in SD/HD) and DIRECTV (Channel 201), will also carry the program live. 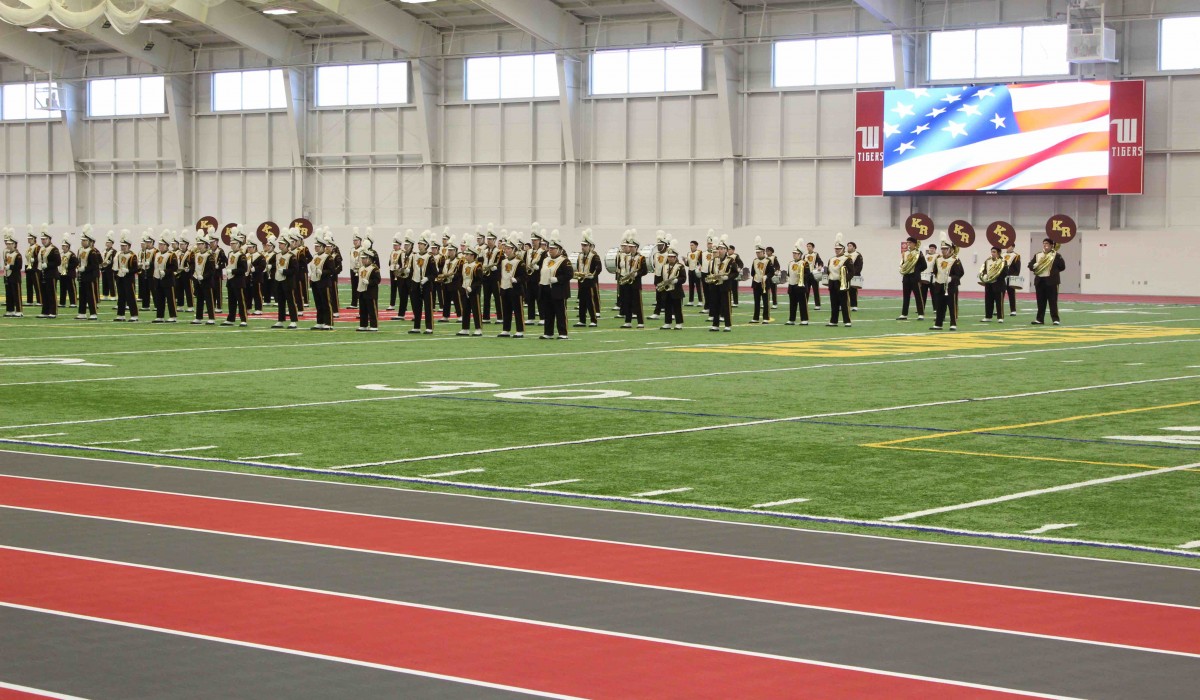 Kenton Ridge Marching Cougar Band at the Steemer
SHARE THIS! 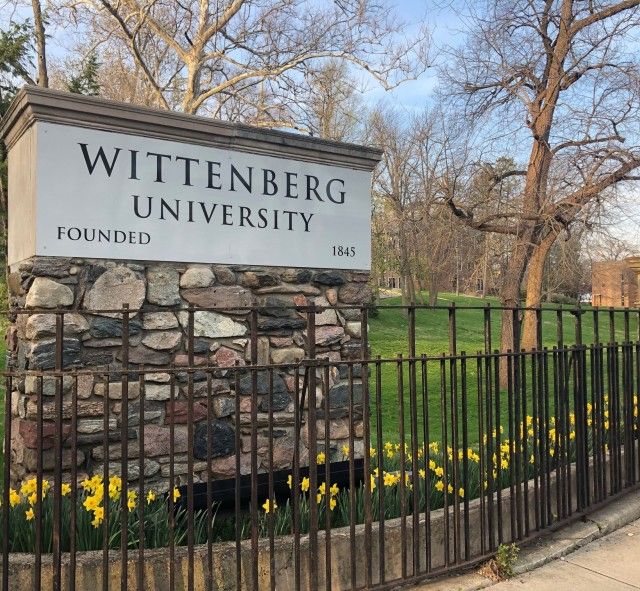 Wittenberg’s Institute for Public Humanities and Sciences (WIPHS) is hosting a virtual alumni panel on publicly engaged vocations from noon to 1 p.m. Tuesday, April 13, via Zoom. 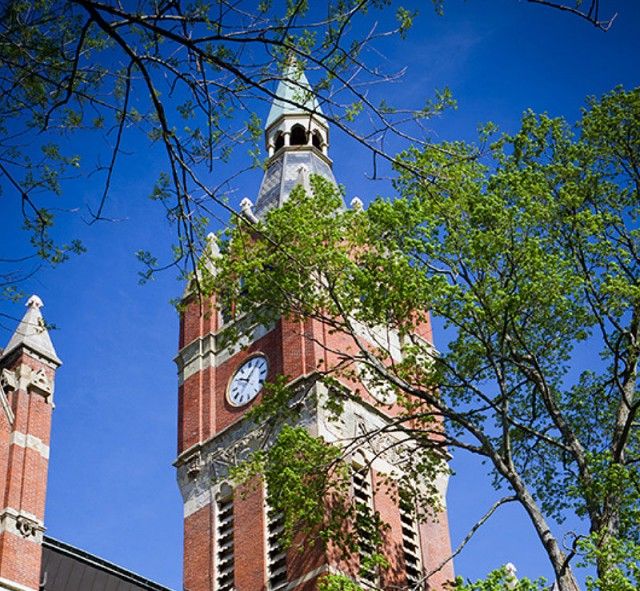 Wittenberg University, buoyed by a record-setting Commit to Witt Day of Giving, with donations of more than $560,000, has officially launched the public portion of its largest fundraising campaign ever.