In the WorldEnglish Faculty Achievements Faculty 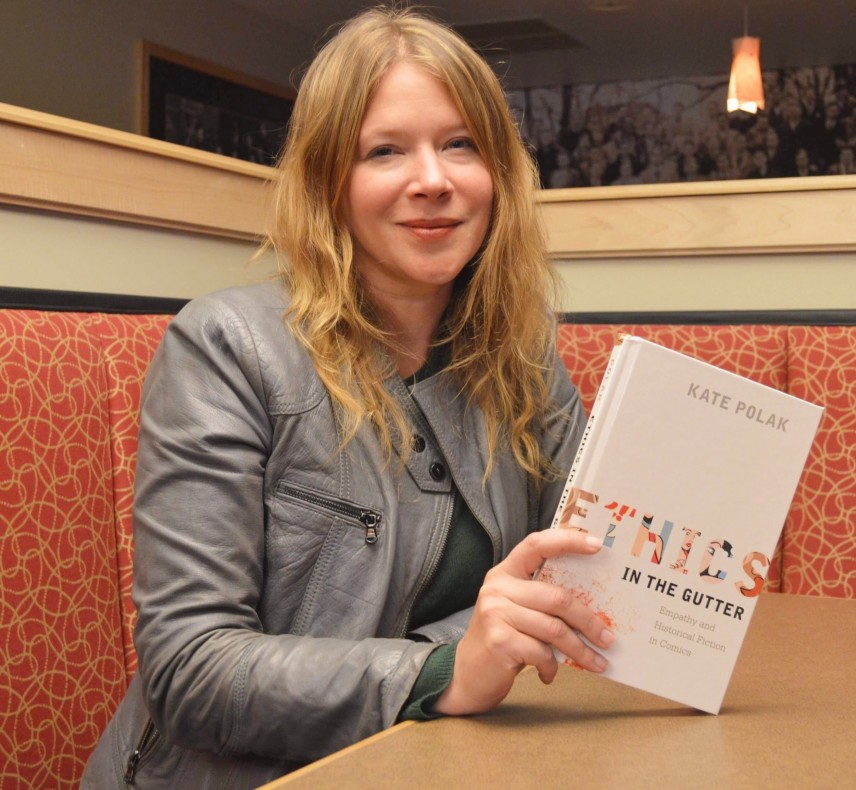 Ethics in the Gutter: Empathy and Historical Fiction in Comics (Ohio State University Press) was released last fall and focuses on the use of point of view and “the gutter,” those spaces between the image blocks in comics, as ethical tools that shape the reader’s empathetic reactions to the content, particularly historic atrocities.

Eric Berlatsky, author and associate professor of English at Florida Atlantic University in Boca Raton, has already hailed the book as “clear and beautifully written” and that “it should appeal to scholars in comics studies, narrative theory, trauma studies, ethics, and a certain branch of postmodern literature.”

Karin Kukkonen, author and associate professor in comparative literature at the University of Oslo in Norway, said that the book “will clearly be an important and interesting contribution to the study of comics as a literary medium.”

“This book represents the best of Wittenberg scholarship in the humanities,” said Lori Askeland, associate professor of English and chair of the department. “It not only reads comics as literary texts, but also explores how comics seem to be able to shift students’ ethical responses to horrific events in ways that other narratives do not seem to reach. This book both builds on an already impressive resume that included publications prior to her arrival at Wittenberg and is a harbinger of other projects that Kate is already planning. In addition to being an award-winning teacher, she is emerging both as a leader in this exciting new field. We are fortunate to have Kate as a colleague.”

Polak teaches composition and literature at Wittenberg. She received her Ph.D. in English and comparative literature at the University of Cincinnati in 2013 and her bachelor’s in 2005 from The Ohio State University with a dual focus in 20th-century American literature, and creative writing and poetry. Her work is primarily concerned with the representation of violence and affect. The beginnings of her recent book were part of her dissertation "Gutter Love: Historio-Metagraphics, Point-of-View, and the Ethics of Empathy," where she explored a number of fictional graphic narratives that depict real-world violence to demonstrate how the genre provides a critique of uncomplicated assertions of empathy.

Her work has appeared in a variety of publications, including Son of Classics and Comics, Narrative is the Essence of History and Folio. She is working on a comic series documenting Phone Calls with My Mother, and an autobiographical graphic narrative tentatively titled Top Heavy. Polak’s research interests primarily focus on the depiction of violence in literature and other media. 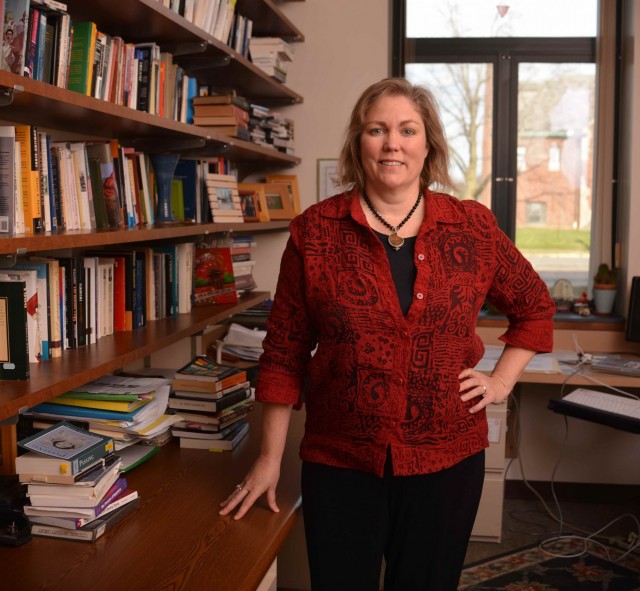 Lori Askeland, associate professor English and department chair, has been elected to a three-year term as a member of the executive committee of the Association of Departments of English (ADE).