James Huffman, professor emeritus of history and recipient of the 1991 Alumni Association Award for Distinguished Teaching 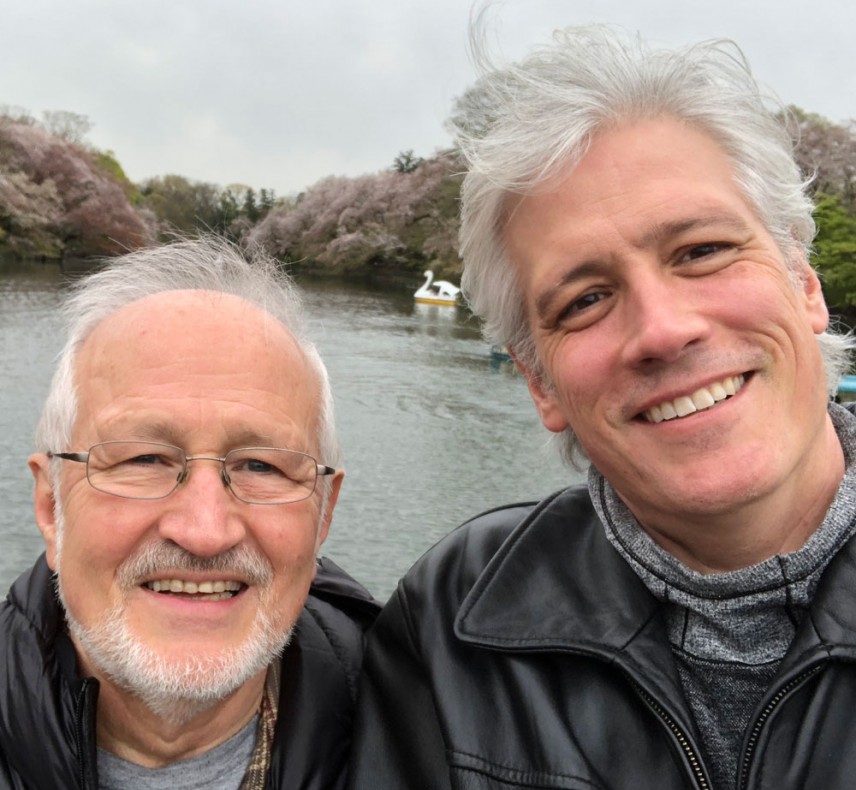 Above Photo: Huffman, left, with son James in Tokyo, Japan

This past spring, he taught for the third time with the Semester at Sea (SAS) program – an experience he described as “an interesting voyage,” as it coincided with the rise of the COVID-19 global pandemic.

“In line with the old Chinese curse, ‘May you live in interesting times,’” he quipped.

Huffman taught three courses for the program jointly administered by the Institute for Shipboard Education (ISE) and Colorado State University: East Asia in the Age of Empire, China in the Modern World, and Pacific Wars: Korea and Vietnam. While at sea, students attend classes each day, and when in port, they are free to travel.

“One of the program’s joys is the close connection with students and colleagues; all 600 of us eat and work together for four months,” he said. “The biggest challenge may be the disruption in classes when we visit countries in quick succession; it is hard then to maintain classroom momentum.”

The ship left San Diego in early January and stopped in Japan, Vietnam, and Mauritius. China, Malaysia, India, Ghana, and Morocco were also on the original itinerary that included 11 ports, but the program was cut short by five weeks. When they reached Cape Town, Huffman flew straight home.

“Each time there was a change, syllabi and class schedules had to be revised,” Huffman said. “And many students and faculty were disappointed, frightened, and angry about each change. It was quite a good voyage overall, but the mood was dark and anxiety-ridden at times.”

Huffman, who served on the Wittenberg faculty from 1977-2007, reflected on how students have changed over the years, and how he has adapted as well.

“Like their predecessors, they’re wonderful and varied,” he said. “Some brim over with the excitement of learning; many do the work but without much joy; a few would rather party. The biggest change, I think, is the current generation’s deep connection to things visual and electronic. I’d not used Power Point when I retired; now, I don’t know how one could teach without it. I’m shocked by students’ ignorance about some things, just as they’re justly shocked by my ignorance about other things.”

In addition to teaching, Huffman still enjoys writing and research, particularly when he travels to Tokyo to visit his son and daughter-in-law, James and Nao, and their two children.

“A year ago, when I was about to enter the Meiji newspaper archive at the University of Tokyo, it hit me rather forcefully that I’d been coming to this archive for nearly 50 years,” he mused. “It is a small, dusty place with the odor of the 1950s. Perhaps that is why it has been such a good research home for me.”

An expert on Japan’s Meiji era, Huffman has published two books in the last two years: Down and Out in Late Meiji Japan (University of Hawai’i Press, 2018) and The Rise and Evolution of Meiji (Renaissance Press, 2019).

“Beyond being fun, history is important; it teaches about who we are: lessons that are crucial if we are to thrive in the 21st century,” he said. “Down and Out in Late Meiji Japan is particularly relevant today, because it attempts to understand how the poorest of the poor – the people most challenged by economic difficulty, people with the closest ties to those being hit hardest by COVID-19 – not only survived but thrived. They have many lessons to teach us.”

Huffman has been recognized numerous times for his scholarship and teaching. He has received four Fulbright Awards, the Ohio Academy of History’s Distinguished Teaching Award, the Wittenberg Alumni Association Award for Distinguished Teaching in 1991, and was named an honorary Wittenberg alumnus in 2006. Just prior to his retirement in 2007, the University hosted an academic conference in his honor that drew alumni and scholars from around the globe.

In light of the many accolades bestowed on him by the Wittenberg community, it should come as no surprise that Huffman’s favorite memories of Wittenberg include his interactions with former students and colleagues.

“In both history and East Asian Studies, I was blessed by good-hearted, interesting, bright, exceptional colleagues,” he said. “And my students gave me energy. The most unexpected joy of retirement has been the continuing contacts with former students, both when they come to Chicago and through email. One of the best reconnections came the last time I taught on SAS, when Nashilongo Shivute ’82 drove from Namibia’s capital to Walvis Bay, where our ship was. The day with her was the highlight of the voyage.”

Finding great joy in writing, Huffman is currently working on some personal projects, including a novel that has been “haunting [his] thoughts for decades” and some memoir-like pieces. He is also active at his church in Evanston, Illinois, regularly ushers at Chicago theatres, and volunteers with ARISE, an interfaith labor organization, and Interfaith Committee for Detained Immigrants. At the top of his priorities though are his grandchildren. In addition to those in Tokyo, he has two who live near him (children of his daughter and son-in-law, Kristen and Dave), who he said “treat me as though they actually like me.”

Huffman earned a B.A. from Marion College (now Indiana Wesleyan), and an M.A. and Ph.D. from the University of Michigan Ann Arbor. He also holds an MSJ from Northwestern University and worked as a newspaper reporter prior to his teaching career at Wittenberg. At the time of his retirement, he was the H. Orth Hirt Endowed Chair in History. 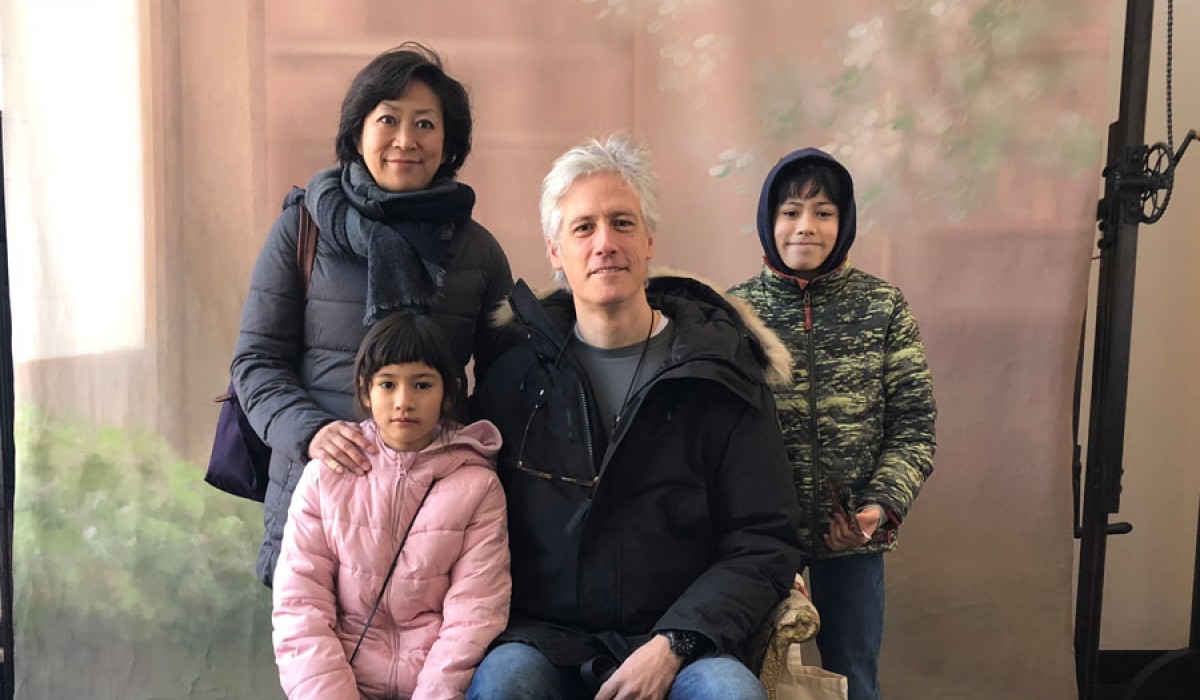 Jim Huffman also has enjoyed time with his family in Tokyo while in retirement. His son and son's family is pictured.
SHARE THIS! 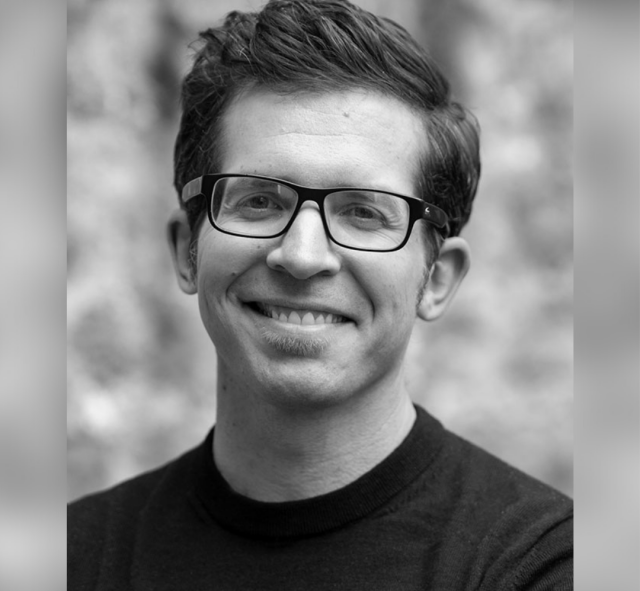 The days following the March 23 release of his debut novel Raft of Stars have “been a whirlwind in the best of ways” according to author Andrew J. Graff, visiting assistant professor of English at Wittenberg University. 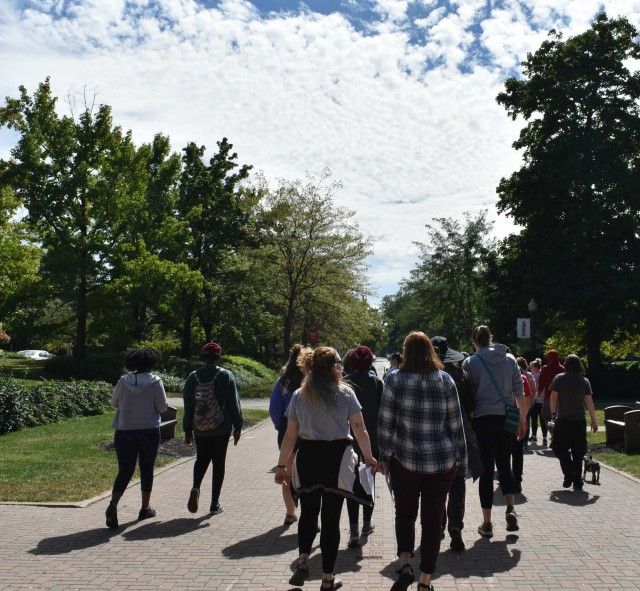 Wittenberg University will host its annual CROP Walk on Saturday, April 17, to raise funds and awareness to fight hunger locally and globally.

A Legacy of Service