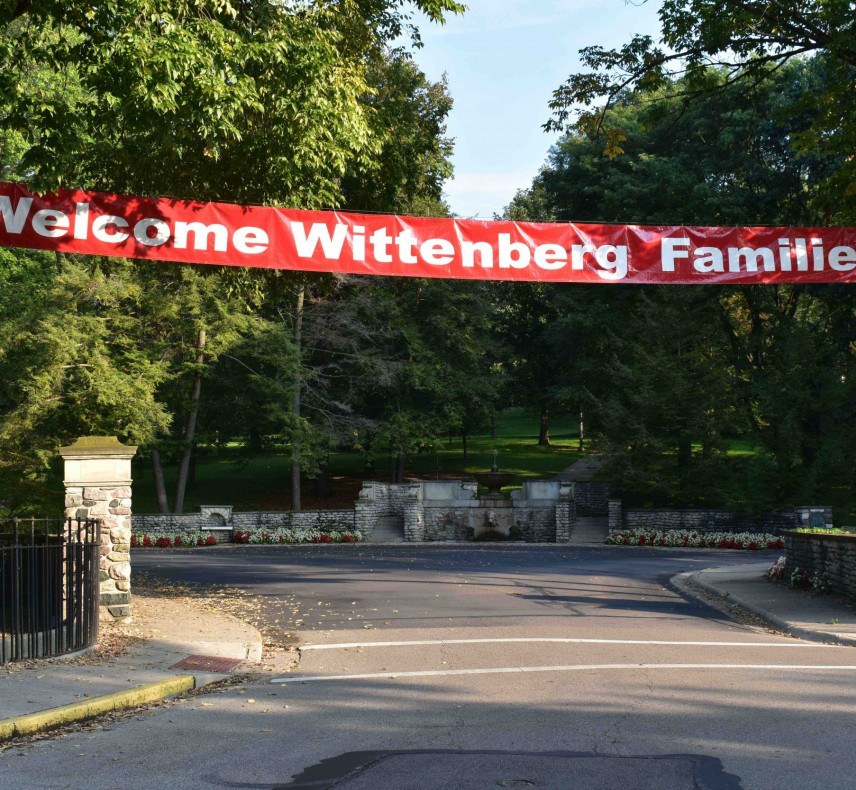 Recognizing the important role that families play in each student’s success, Wittenberg is set to welcome parents, siblings, and friends, to campus Sept. 20-22 for the annual Family Weekend.

Open to all Wittenberg students and their families, events for the weekend include the Senior Wine & Cheese, a magic show, an archaeological dig, art exhibitions, athletic events, trivia, music and theatre performances, informational sessions, and open classroom sessions.

Weekend activities begin with registration from 3-7 p.m. on Friday, Sept. 20. Other Friday events include trivia at Founders Pub at 8:30 p.m., followed by the Family Weekend Comedy Magician Show at 9 p.m. at Post 95 inside the Benham-Pence Student Center.

The comedy show, hosted by the Union Board, will feature Ben Seidman, an American sleight-of-hand performer, actor, comedian, and creative consultant. Recipient of the Entertainer of the Year award for Princess Cruises, Seidman guest starred on Netflix's Brainchild and is the only person to have served as the resident magician at Mandalay Bay Resort & Casino in Las Vegas. In 2013, he co-starred in Magic Outlaws on the Travel Channel. Following the debut of his TV specials, Seidman taught Johnny Knoxville magic tricks for his film Jackass Presents: Bad Grandpa. His performances are notable for featuring original magic effects and his inventions are employed in A&E’s program Mindfreak, starring Criss Angel, where Seidman served as writer and adviser for three seasons.

Saturday’s schedule of events begins with registration from 9 a.m. to noon and a special archaeological dig at the Columbia Street Cemetery Project beginning at 9 a.m. followed by a gathering at Mother Stewart’s for a refreshing, locally brewed beer. Other Saturday events include open houses and information sessions at various sites around campus, Lunch on the Lawn from 11:30 a.m. to 1:30 p.m. across from Recitation Hall, the women’s soccer taking on Wilmington at 11 a.m. and the women’s field hockey vs. Allegheny at 1 p.m., both at Edwards-Maurer Field, then a theatre and dance showcase at 1 p.m. at Chakeres Memorial Theatre, and the Senior Wine & Cheese from 2-4 p.m. at the Benjamin Prince House. The night continues with football vs. Wooster at 4:30 p.m. at Edwards-Maurer Field, performances by Pocket Lint, Just Eve, and the Wittmen Crew from 6:30-8 p.m. at Post 95, followed by Witt Late Night in the Center Dining Room (CDR) inside the student center at 8 p.m.

Family Weekend will conclude on Sunday with a worship service at 11 a.m. in Weaver Chapel featuring special music by the Wittenberg Singers, a Family Weekend brunch from 11 a.m. to 1 p.m. in the CDR, and a Catholic Mass at 9 p.m.

For more information, to register or for a complete schedule for the weekend, visit https://www.wittenberg.edu/alumni/family-weekend.