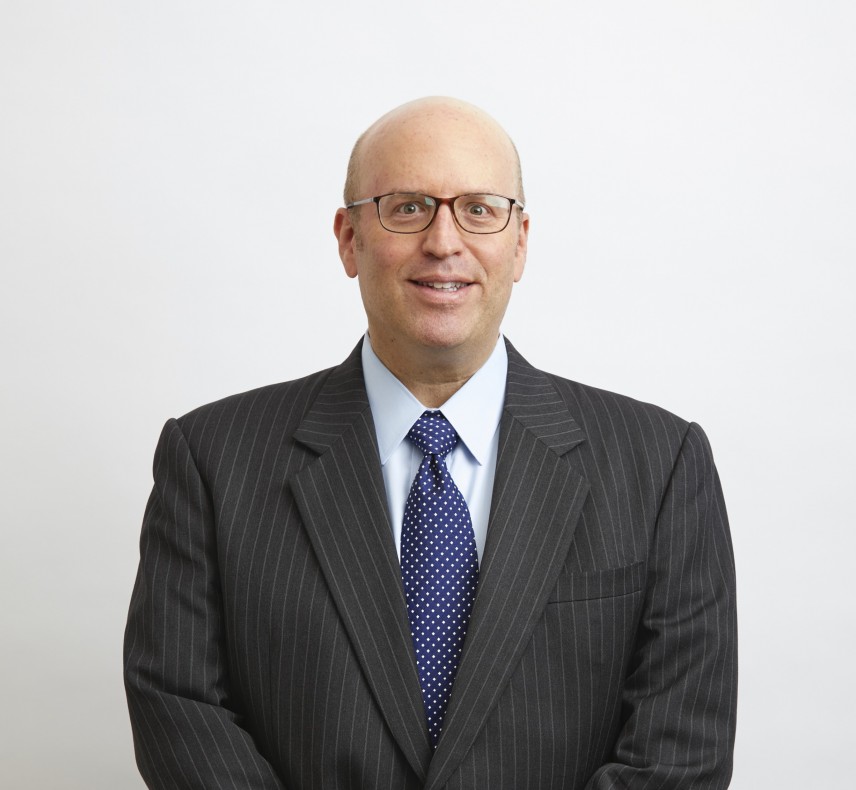 From studying abroad in Wales as an undergraduate to traveling internationally as an attorney with a Japanese law firm, Peter Tyksinski ’91 continues to explore his dual passions for the English language and other cultures, which he developed right here in Springfield, Ohio.

The implications of a memorable study abroad trip can extend far beyond Wittenberg. As an Illinois-admitted attorney with Momo-o, Matsuo & Namba in Tokyo, Japan, Tyksinski has succeeded in turning his passions into a reality.

Tyksinski took his first campus-affiliated trip to Philadelphia during his junior year as part of an urban internship program. During his senior year, he spent four months in Wales deepening his admiration for Shakespeare and British culture (including British students’ love of fountain pens). This meaningful study-abroad experience was not the first time Tyksinski had traveled internationally. A close friendship with a fraternity brother, Kenji Mizoguchi ’91, enabled a summer homestay and work experience in Kobe, Japan after his sophomore year.

“If it hadn’t been for Wittenberg, my lifelong fascination with Japan would have never occurred,” Tyksinski said. As the only American attorney at his firm, he maintains a wide portfolio of responsibilities ranging from corporate transactional law to non-legal English communications with clients. In 2016, Tyksinski and his firm hosted an annual meeting in Tokyo with hundreds of lawyers from around the world attending as part of the firm’s notable membership in an international law firm network.

Recently, Tyksinski had the opportunity to co-author an article for Taylor Vinters’ annual International Employment Law update. The article, “COVID-19 and the Japanese Workforce,” is just one of the many law updates Tyksinski has collaborated on with colleagues.

“Although I am an American attorney and don’t practice Japanese law, employment law is a relatively straightforward field and one that I can at least write about with some confidence along with the collaboration of a Japanese attorney,” Tyksinski said. Earlier this year, Tyksinski also published the Japan chapter in LexisNexis’s Foreign Investment Law Guide aimed at potential foreign investors.

During his time at Wittenberg, Tyksinski was a member of Lambda Chi Alpha and a two-year starter for the lacrosse team. He was also an avid contributor to the Wittenberg Review of Art and Literature.

Tyksinski recently took time away from his many involvements to answer a few questions for Wittenberg.

Wittenberg: What has been your favorite part or parts of your career?

Tyksinski: Our firm is the only Japan member of Interlaw, an elite-ranked international law firm network made up of independent law firms. I’ve been lucky to travel the world for Interlaw meetings and events as a representative of my firm. I can’t tell you how many extraordinary individuals I’ve met through Interlaw.

Tyksinski: I joined the ACCJ because it’s a great source of information and networking for Japanese and non-Japanese in Tokyo’s business community. It hosts speakers from all professions and really is an extremely vital and important organization. It also lobbies the Japanese government to make changes. For example, during the current pandemic, many foreigners were trapped outside of Japan and prevented from returning due to Japan’s immigration policy. These were fully employed people in Japan with work visas (many of whom were managers at top companies here) and residents of Japan. They simply were caught outside of the country when Japan decided to impose restrictions on re-entry. The ACCJ was instrumental in bringing the unfairness of this policy to the fore and the restrictions were subsequently lifted.

Tyksinski: I think throughout my entire adult life I've always had the sneaking suspicion that things would turn out okay career-wise. Wittenberg did a really good job of letting each student explore what he or she wanted to explore. A lot of it had to do with the small class size, how accessible and affirming the professors were (and the fact that professors at Witt actually teach), the freedom to study abroad, and all of the sports and activities on campus. The teachers in the English department, namely my favorite, Dr. J. Arthur Faber, were especially adept at allowing each of us to be ourselves and have our say in class without being overly didactic or critical. I don't think I appreciated it at the time but, looking back, it was probably fundamental to my development as a person and lawyer.

Wittenberg: Anything else you would like to add would be great!

Tyksinski: I would be remiss if I didn't mention my two best friends and fraternity brothers from Wittenberg: Christopher Long ’91 and Bart Fritzsche ’90. Chris, who is a renowned professor of philosophy and the dean of liberal arts at Michigan State University, and I befriended each other early. He and I both have families now, and it was magical to watch my son interact with him, his wife and daughters during a summer vacation in Michigan a couple years ago. Bart and I lived together after college, and he has been one of the most supportive and inspiring persons throughout my entire life and to this day. However, I will never really forgive him for what turned out to be 'the prank that ended all pranks' between us—he moved the entire contents of my room out of the Chopper house and onto the front lawn one fine spring day and proceeded to hold a yard sale! I think what I am trying to say is that my life would have been poorer in so many ways had I not gone to Wittenberg. 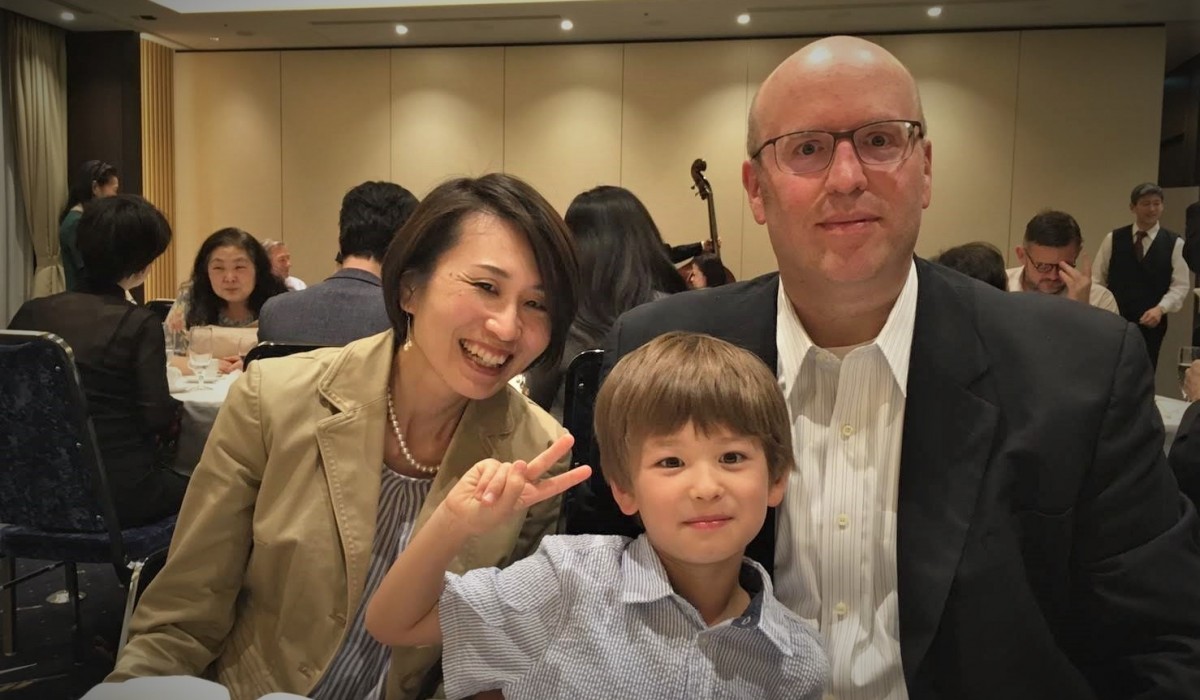 Peter Tyksinski and his wife, Mari Fujita, and son, Teo 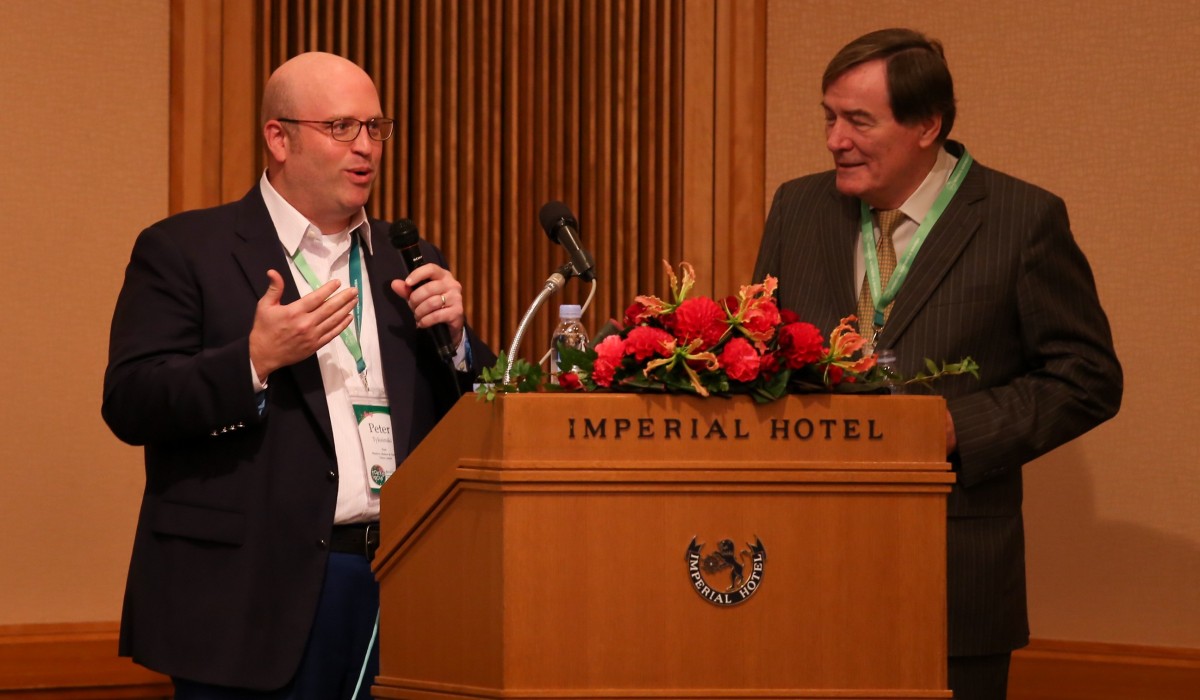 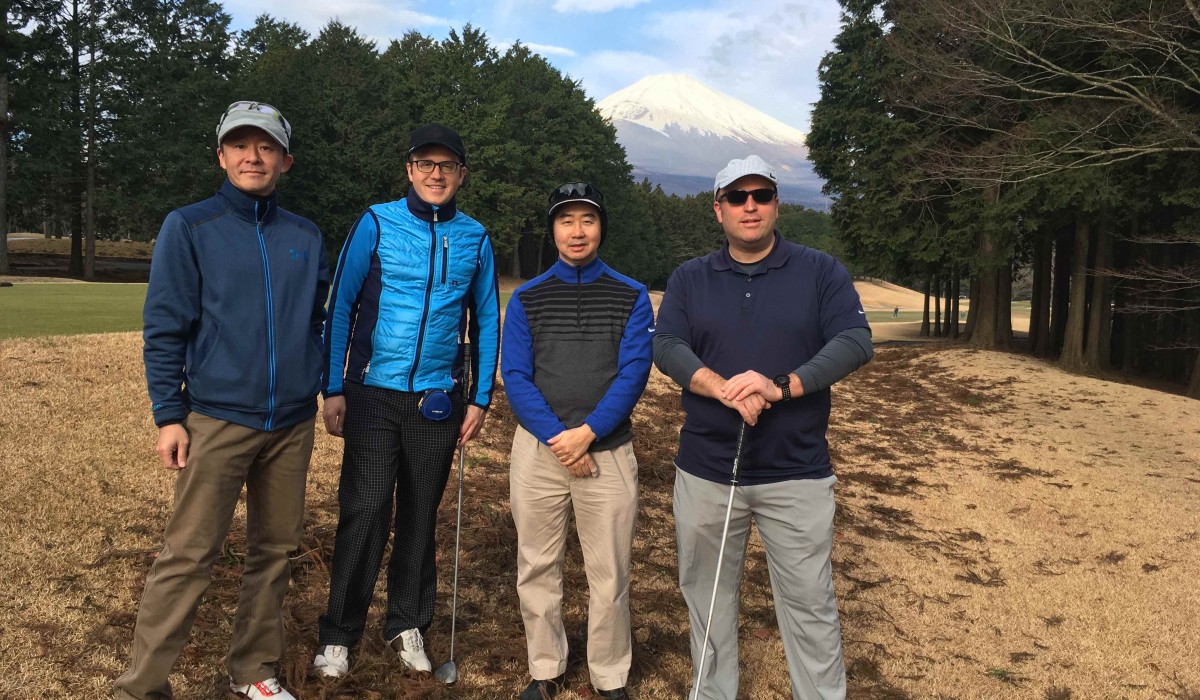 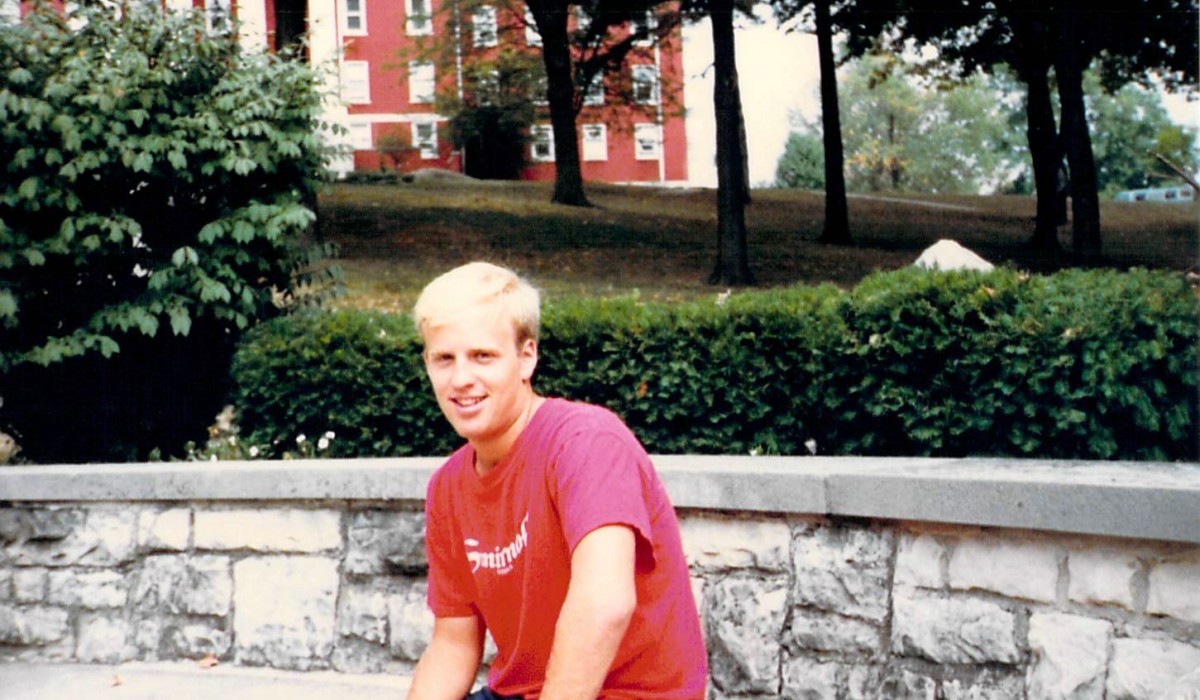 Peter Tyksinski in 1987 during his first days at Wittenberg
SHARE THIS! 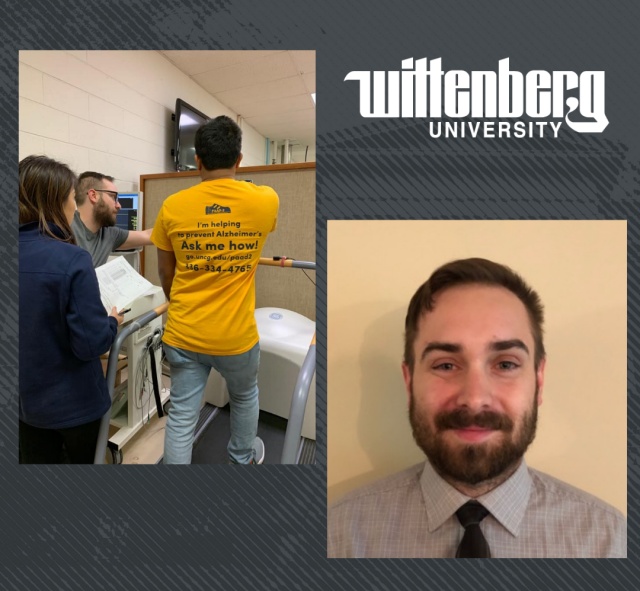 Jarod Vance, Wittenberg class of 2014, is all about making a difference as he pursues his Ph.D. and explores how aerobic exercise impacts cognition and brain health. 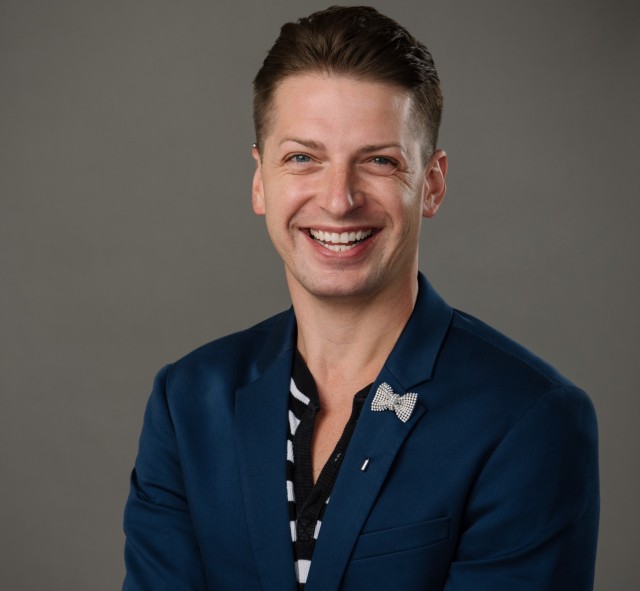 Named one of Dayton, Ohio’s brightest young professionals, Andrew “AJ” Kessler, Wittenberg class of 2006, is working hard to make the world a better place for others.