Claudia Cornett, professor emeritus of education and 1989 Distinguished Teacher, continues to inspire a love of learning 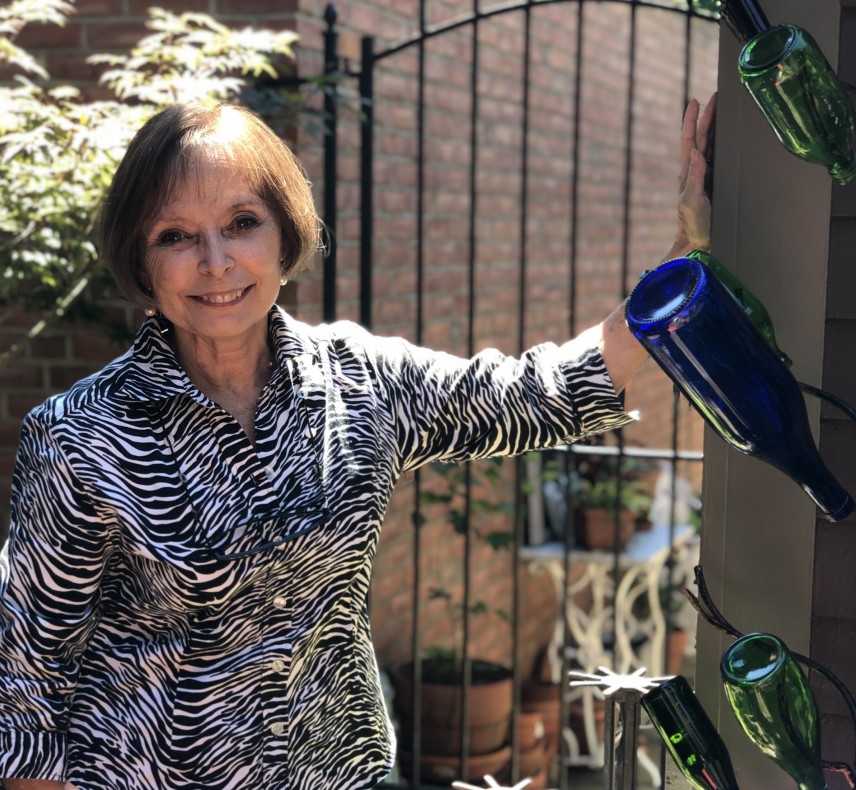 When Claudia Cornett, professor emeritus of education, retired from Wittenberg University in 2000, she anticipated working as an author and consultant, roles she’d taken on throughout her 24 years at Wittenberg. What she didn’t expect was that over the next two decades, one of her books would become a Pearson Publishing bestseller and she would travel to 49 states and eight countries to conduct professional development seminars and give keynote talks, mostly on the topic of arts integration (AI).

Early in her Wittenberg career, Cornett, a literacy specialist, became interested in arts integration, a research-based approach to learning that views the arts as central communication tools, cutting across curricular areas. By the late 20th century, AI had gained attention in literacy pedagogy, particularly for students with comprehension and motivation issues. Then in the 1990s, Cornett became Wittenberg’s liaison to the Kennedy Center’s Partners in Education program – a national school consortium charged with forwarding arts integration. That appointment was pivotal for her.

“The more I learned about arts integration, the more convinced I was that it has enormous potential to change education. Basically, it opens new doors to learning – particularly by broadening communication options and a focus on coaching learners to develop new interests and experiment with alternative paths to success. Eventually, I proposed a field-based course that would expand my current children’s literature course to include the other arts,” Cornett explains.

But the new course ran up against an obstacle: no research-based textbook on AI existed. So, she wrote one, entitled The Arts as Meaning Makers (Pearson), that went into a second edition as Creating Meaning Through Literature and the Arts. The book is now in its fifth edition and used in dozens of colleges and school districts. And a sixth edition is in the works.

“Creating meaning was something I’d thought a lot about as a literacy educator,” she says. “But research on arts integration opened my mind to how creative process – at the heart of AI – could be used to both understand/comprehend and express thoughts and feelings evoked by any ‘text,’ not just print texts but visual ones, plus musical pieces, and dance and drama works – any texts, actually. Examining the implications of a universal sense-making process that transcends disciplines became a passion.”

How does sense making work?

“It’s rooted in creative thinking!” Cornett says. “The creative process coordinates all types and levels of thinking, including critical thinking – for a clear purpose. Creative process engages when we confront a question or problem, tackle a new assignment or become curious. ‘Why?’ ‘What if?’ and ‘How might?’ are critical questions. But it’s also crucial for the thinker to perceive the situation as open-ended. Why? We have to feel free to explore possibilities, which leads to collecting information, connecting ideas, and eventually drawing conclusions. The latter is the actual sense or meaning created – the understanding or comprehension, and it takes many forms from insights, to big ideas and themes. If this sounds like the scientific method, writing process, artistic thinking, or math problem-solving, that’s because it is. Different labels exist because the process has been discovered independently in different disciplines.

“Furthermore, humans express new understandings using myriad forms,” Cornett continues, “from written and spoken words to texts with and without words that draw upon the special languages of music, visual art, dance, and drama. Of course, any creation can be shared, which involves communication with others, and that kick starts the creative problem-solving cycle to begin anew as someone explores how to express newly found ideas.”

Cornett says that the creative process at the core of the book has become “the thread that flows through every single thing” she thinks and does. “It would be nearly impossible for anyone to go a single day without tapping creative processes. We’re born creative. But everyone can expand innate creative attributes and learn to deploy problem-solving processes more strategically.”

What can teachers, or anyone, do to facilitate creative growth?

“Motivation is key to learning!” Cornett declares. “Intrinsic reinforcers are the most powerful, not grades, stamps, or money. When students are taught how to make sense, learning becomes self-reinforcing. Teachers are behooved to model creative process, to tell less and ask more, and engage and coach kids through creative problem-solving. Even a two-year-old can do this,” insists Cornett, who received the 1989 Alumni Association Award for Distinguished Teaching, the university’s top faculty prize.

“The arts are more than what we see on museum walls and hear in concert halls. They are products of creative thinking, predating word-based language by thousands of years,” she says. “Rudimentary paints, bone instruments, pantomime, and movement were humanity’s first communication vehicles. Students gain when the arts-based world outside school walls is brought inside.”

Interested in how educational television might tap the motivational and communication forces of the arts to teach phonics, a reading tool Cornett says is valuable but can be “dead boring,” she partnered with the Southwestern Ohio Instructional Technology Association (SOITA), which produced Sounds Abound, a 26-part instructional series of programs, one for each letter of the alphabet.

“The goal was to make phonics hands-on, to get kids to think about letters and sounds using movement, rhythms, stories, and art,” she explained.

After retiring to Beaufort, South Carolina, where she grew up, Cornett continued work on short television projects, including a weekly series of Art Chats with artists in their studios for South Carolina ETV and an author interview series for Beaufort County Library called Books Sandwiched In.

To be a credible arts integration teacher and author, Cornett, who enjoys dancing and plays the piano, felt she needed to keep learning. After interviews with dozens of visual artists, she had a personal “aha” moment. “I decided to see if I could lose myself in the visual artmaking creative process described by most artists.” Since then, Cornett has painted dozens of pieces of art, much of it inspired by the beauty of the South Carolina Lowcountry.

Retirement hasn’t been dull for Cornett or Charles, her husband, a retired school superintendent who has been a Red Cross logistics specialist for 20 years. In addition to remodeling five houses and a recently purchased condo in Ohio, they’ve traveled widely. Both plan to continue docent work at art and history museums and do more volunteering, including efforts to support important issues. After participating in the 2017 Women’s March in Washington, D.C., both marched for gun safety legislation and worked with their church to get a stranded Afghan family out of a Pakistan refugee camp. On the lighter side, they enjoy playing bridge and book club discussions. And they now hope to get back to Springfield more often to visit old and new Wittenberg friends.

When asked about favorite students, Cornett questions the word “favorite.” Then she says, with a catch in her throat, “I remember all the students that made me laugh. But the students I remember most are those who were shy or didn’t shine during class discussions or written work but transformed once they got in the classroom. It stirs the soul to witness a novice fully inhabit the role of teacher. I had to sit on my hands to keep from standing up and shouting ‘bravo’!

“Occasionally I would hear a word or phrase come out of a student teacher’s mouth, a term or expression I repeatedly used. Such moments surprised me, but I’d feel I helped by giving words, often words that someone had given me. That’s the best reward – to help someone grow, in some small measure because of you.

“I think of Wittenberg often,” Cornett says. “That long view from my office window across campus to Reci appears from memory at odd times, like when seasons change. But mostly I see faces, of colleagues who’ve remained good friends and students that taught me a thing or two while I was teaching them. Wittenberg is definitely special. No keynote speech or consulting gig could ever substitute for relationships that develop over a semester or trimester, some lasting a lifetime.”

Cornett invites students to connect or reconnect with her by email at ccornett@wittenberg.edu. She and Charles also invite the Wittenberg community to spread the word about a new merit scholarship that will support students planning to pursue teaching as a profession. The scholarship targets students who have demonstrated particular creative potential. For more information, contact the Office of Advancement at 937-327-7414. 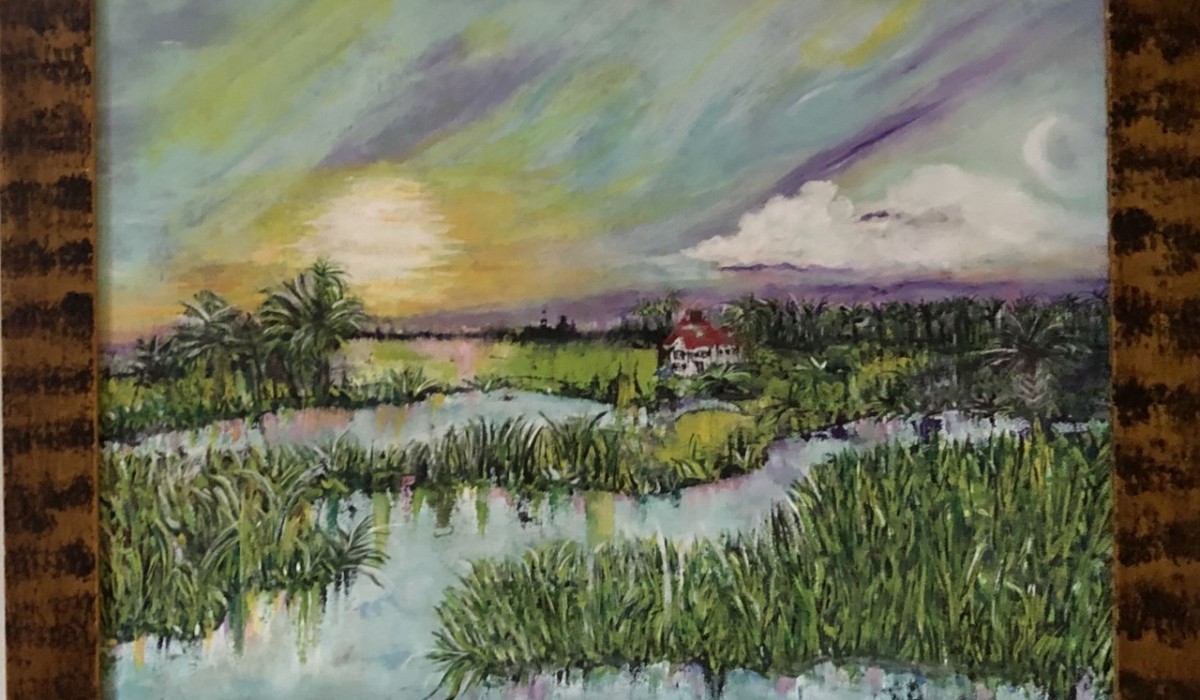 A painting by Cornett 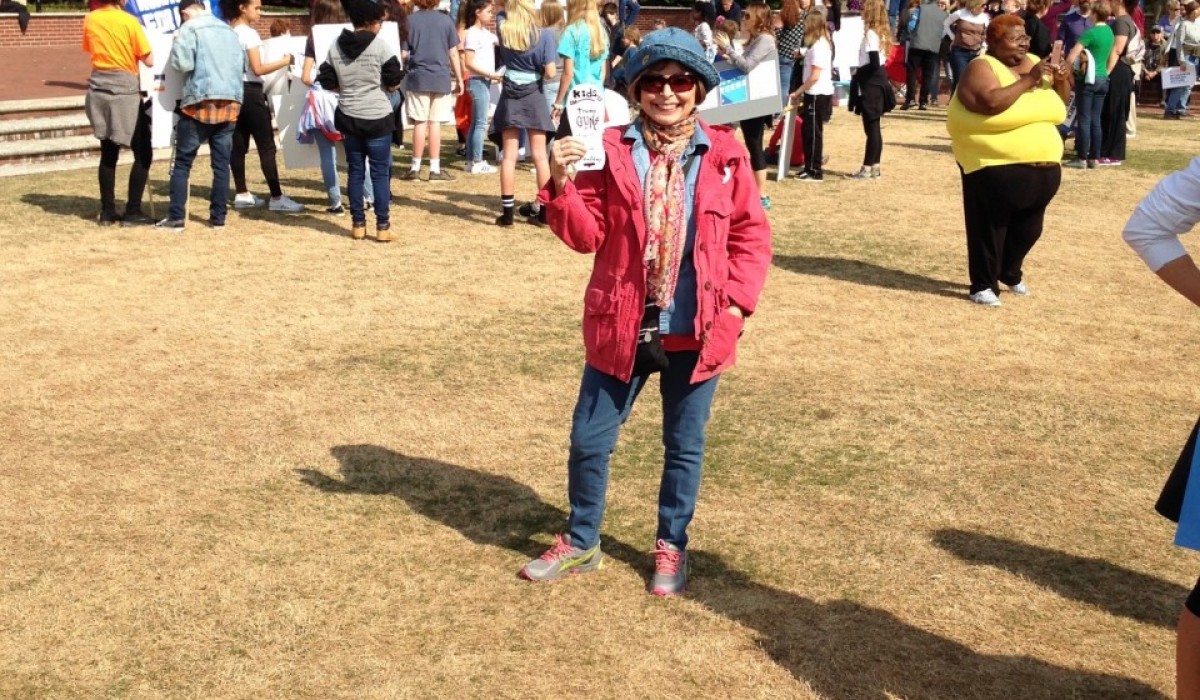 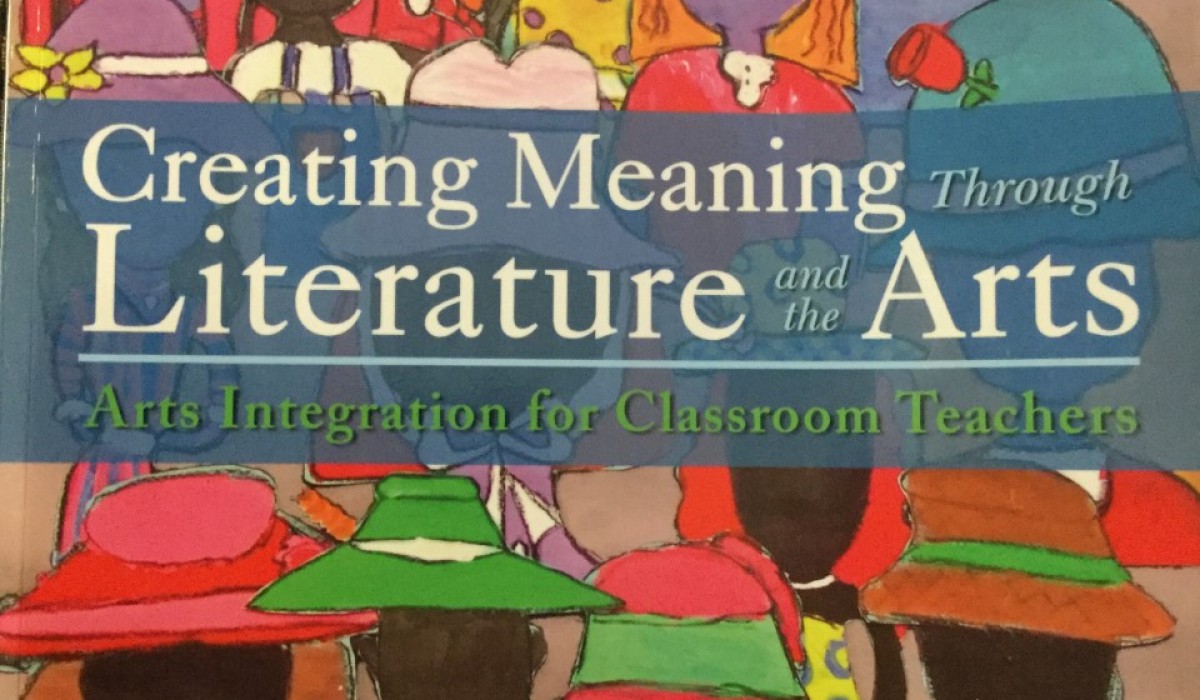 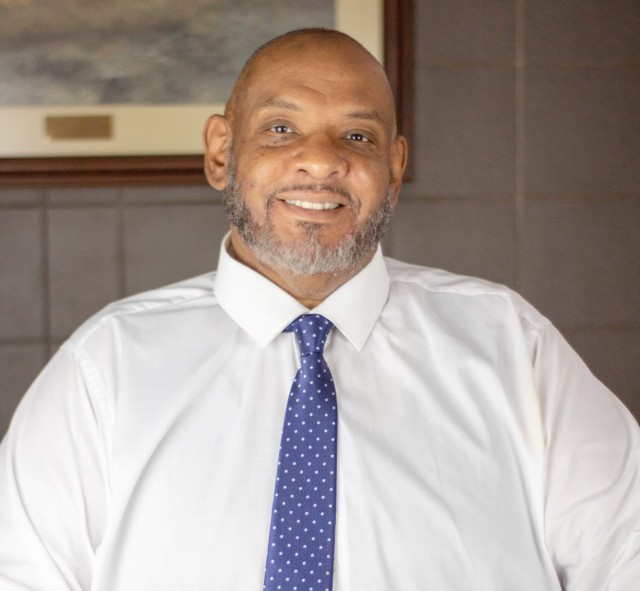 Wittenberg University’s Julius Bailey, associate professor of philosophy, will be the featured speaker for the Akron Roundtable, a free, one-hour live virtual forum, at noon this Thursday, Oct. 15. 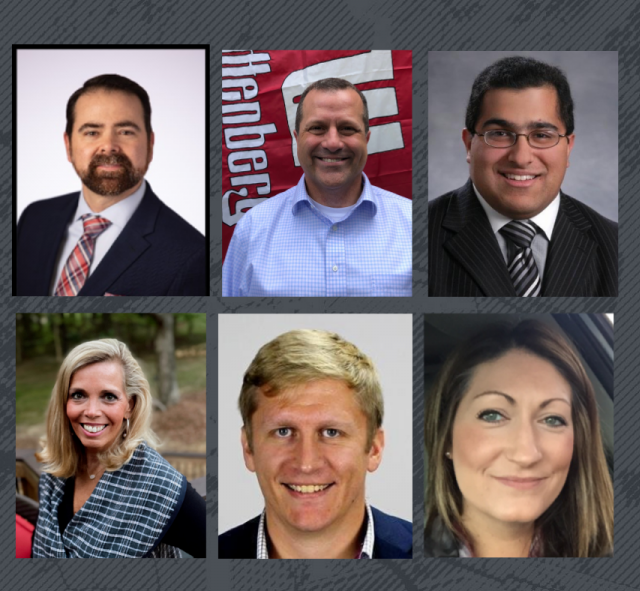 With the mission of serving as a liaison for Wittenberg University by engaging and connecting the alumni body for the purpose of supporting the University’s mission and goals, the Alumni Board works to encourage alumni engagement in the life of the institution.