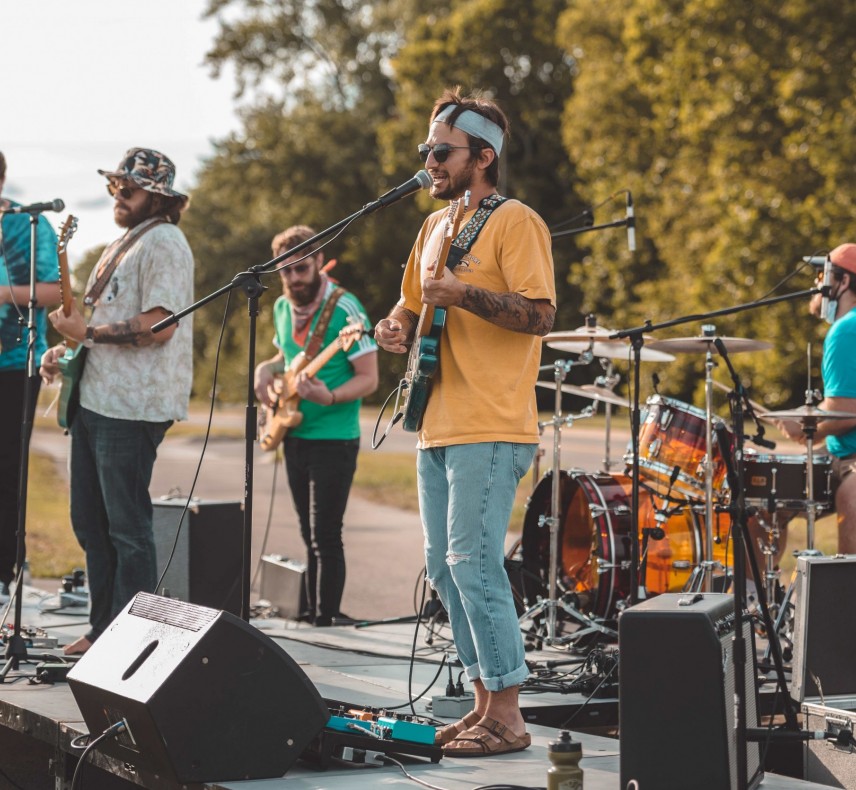 A band featuring four Wittenberg alumni called Thomas and the Work-Men continues to send waves and good vibes through the music industry with the abounding success of its latest EP Good Company.

The group has a special Wittenberg performance planned for 7 p.m. Friday, Dec. 18. A virtual holiday concert, the event will blend classic holiday carols with the band’s own hits, bringing alumni together for anything but a silent night. Sign up for a virtual ticket here. Each ticket will arrive via email the morning of the concert and includes a YouTube link to watch the concert plus a VIP meet & greet after the concert via Zoom.

Though a few of the band members had played together in various campus music groups, it was not until after three of the original members graduated that the band began to take shape.

“Right out of college, we started jamming and showing each other songs that we had written,” Frederico explained. “It was something we really enjoyed as we were adjusting to the whole having-a-‘real-job’ thing.”

Vowing to keep in touch with some of their undergraduate friends, the three alumni frequently journeyed back to campus where they recruited the final two members of the band. Workman, whose last name was the inspiration for the band’s comical title, contributed his passion and talent for the drums. Mullins, who was one of the leading saxophonists in Wittenberg’s Jazz Ensemble, brought the final piece of the puzzle with his strong and mellow playing.

“The saxophone added a whole new element to our sound, and Luke was a perfect fit for the band,” Frederico explained. “After a few jams and a performance at Station 1, we asked him to join.”

The band has spent the last few years touring the country and playing shows in cities such as Nashville, Charlestown, and Chicago. Paying homage to their time on campus, the band frequently relies on alumni connections to aid them on tour.

“We’ve booked our own tours in cities we’ve never been to before (crashing on fellow Witt alumni couches),” Frederico said. It was during this touring experience that the band caught the attention of the producer of Free Dive records, Tyler Ripley. Last year, the band officially joined the record company and recorded their album Live in Philly at Rittenhouse Soundworks, which included the re-recording of some of their original songs.

The band’s most recent musical project has earned them some fame and recognition as Good Company debuted at #4 Top Albums on Apple iTunes Top 200 behind Taylor Swift and the Hamilton soundtrack.

“I think inspiration for the individual songs came from different places, but they all tie into the idea of good company throughout a summer day,” Miely said. “You have ‘Dominos’ and ‘Good Company’ that really have this morning kind of vibe. Then ‘Opaque’ and ‘Sunshine’ feel more middle of the day. And ‘I’ll Be Up’ and ‘Motive’ that move into the late night/early morning hours. ‘Sunshine’ was really inspired by the times on the front porch of the house where three-fifths of the band members live. It seems easier to be present and to just enjoy the time spent there no matter who you’re with. ‘I’ll Be Up’ was inspired by a 3 or 4 a.m. walk with a couple of good friends (who also attended Witt).”

The band spent a week in Philadelphia recording the EP at their producer’s recording studio. After many long days, the six-song EP was created complete with resonant saxophone spotlights, catchy chorus lines, and bright piano chords.

“We really pushed each other in the making of Good Company, and we are really proud of the result,” Frederico said. Looking forward, the band hopes to promote the album in a safe and meaningful way. Though the coronavirus pandemic is hindering that promotion, the band has continued to interact with their fans online through giveaways on their Facebook and Instagram pages.

“We’d like to tour and promote Good Company, but we’ll have to wait for when the time is right,” Frederico explained. “For now, we’re continuing to write new music, and we’re working to establish a strong online presence through social media, live-stream shows, etc. We’ve been getting creative with ways to entertain our fanbase online so make sure to follow @workmenmusic.”

As living proof of homegrown musicians that “made it,” the band members hope to inspire other Wittenberg musicians to follow their dreams by offering some of the best professional advice they have received.

“I think the advice that’s gotten me this far was to never stop playing,” Mullins said. “Every music teacher I’ve had has always emphasized how important it is to not let music fall to the wayside. I think constantly creating new things is really important. It’s easy to lose momentum when you're stuck on one idea.”

The band has taken this advice to heart as they still use Ableton—a musical program introduced to them by Brandon Jones, chair of the Wittenberg music department and director of the Wittenberg Symphonic Band—to do all of their at-home recordings. The band members also feel especially grateful for Dr. Thomas Zinninger, former director of Wittenberg’s Jazz Ensemble and saxophone instructor, who always challenged them musically.

“I would say some of the best advice I’ve received was to never let fear of the unknown stop you from progressing,” Workman said. “Whether it’s playing your first gig in front of people or going into your first recording session.”

Rising from the campus’ streets, the band has certainly not let the fear of the unknown hinder its ability to perform and create music together. Though the future may be uncertain, the Wittenberg community can count on Thomas and the Work-Men to continue releasing music that will inspire and motivate its listeners. 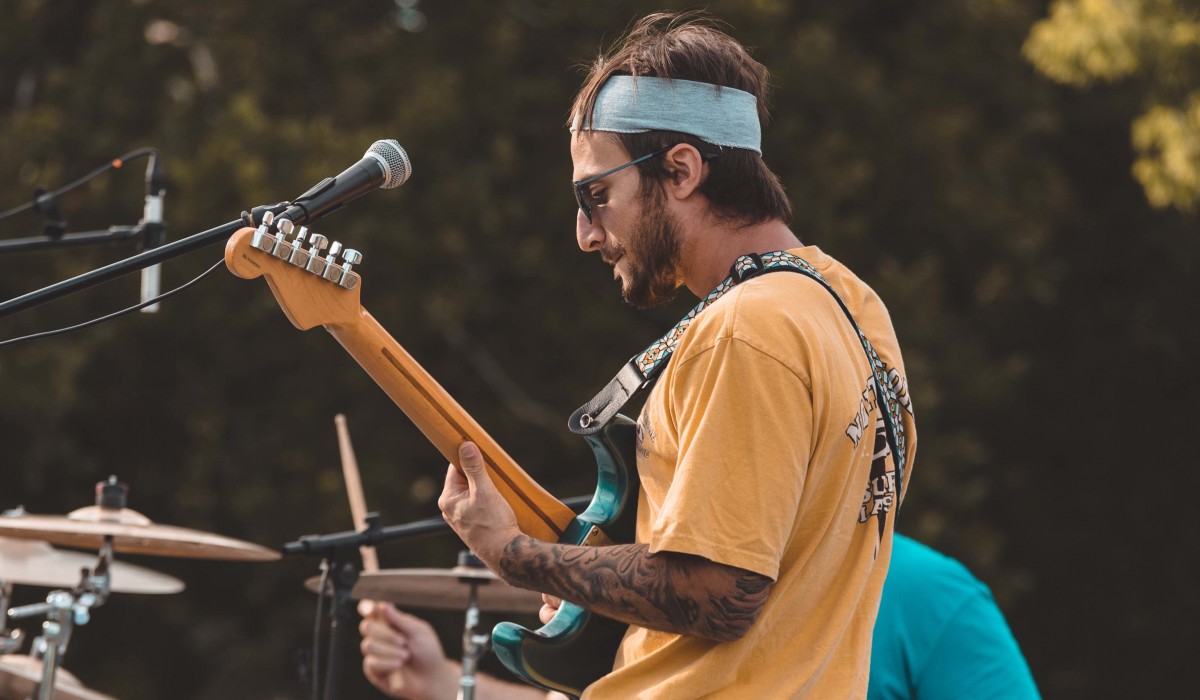 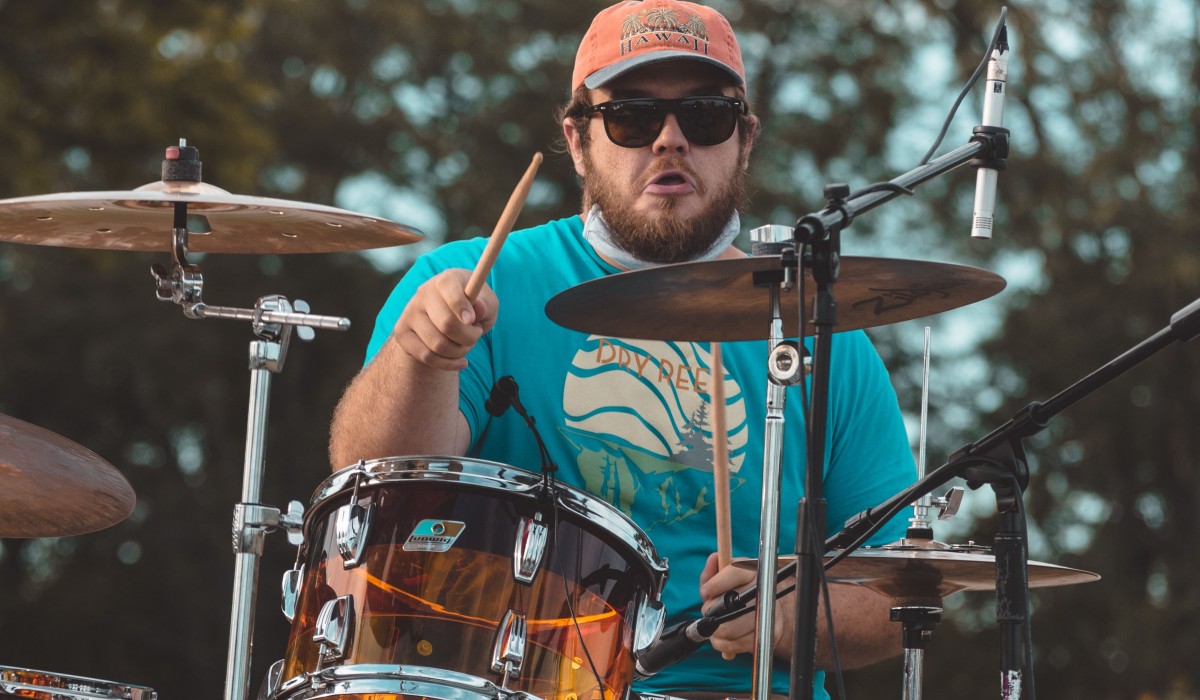 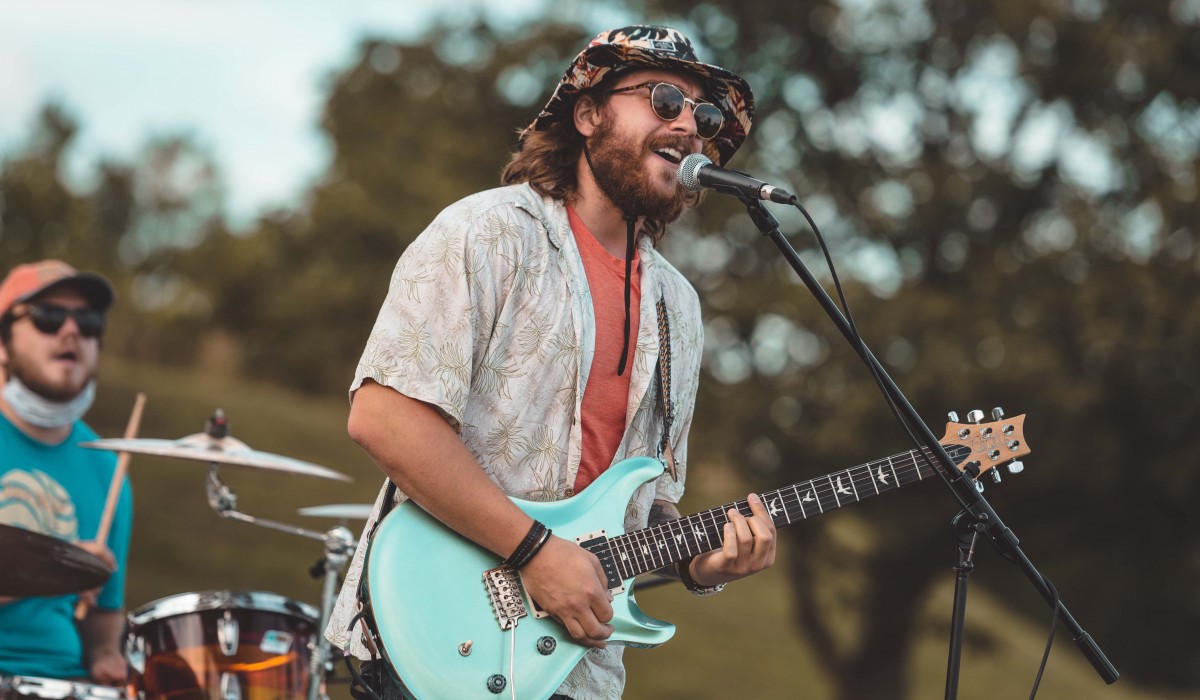 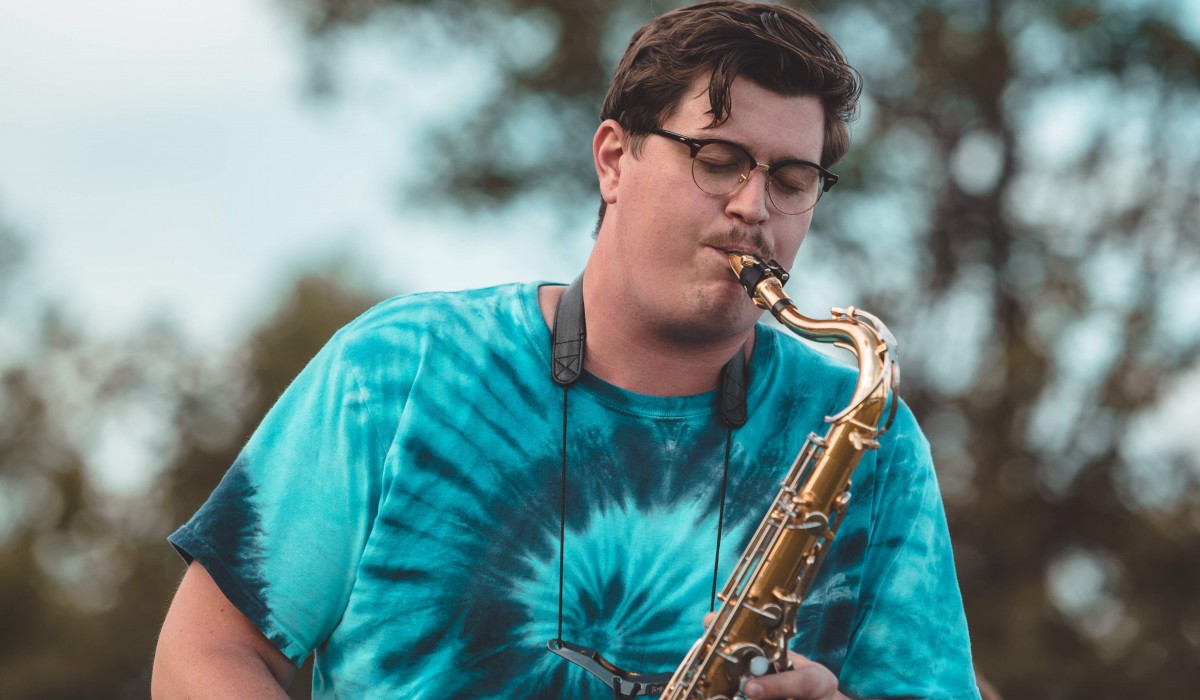 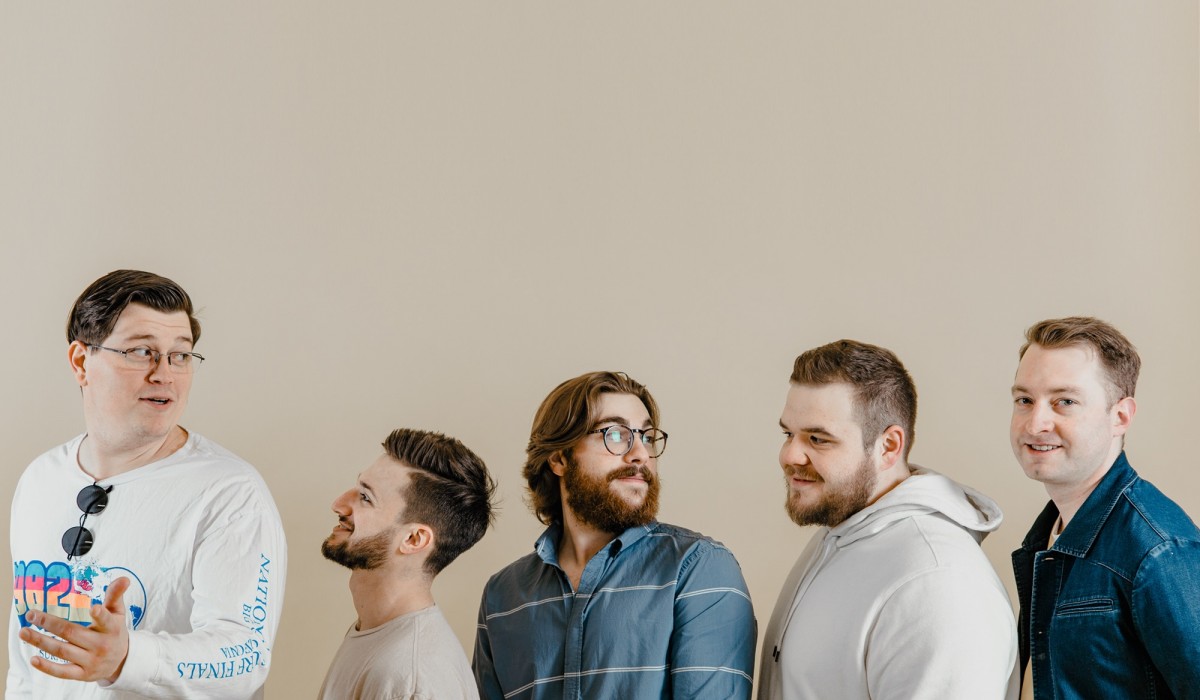 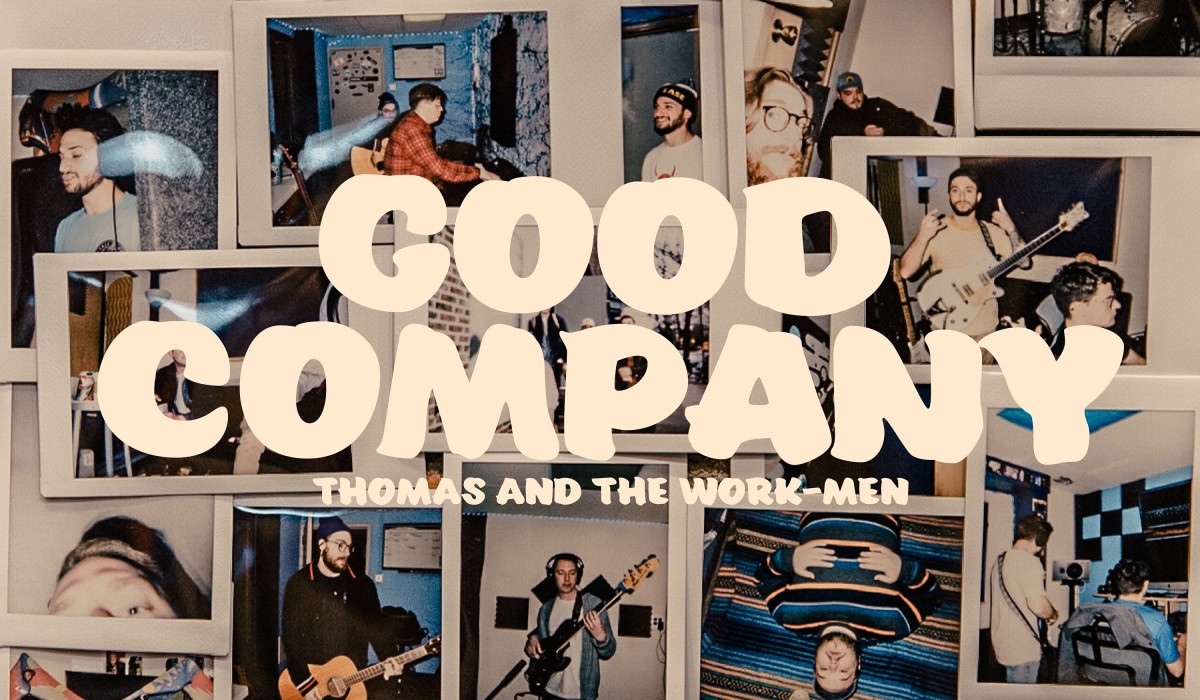 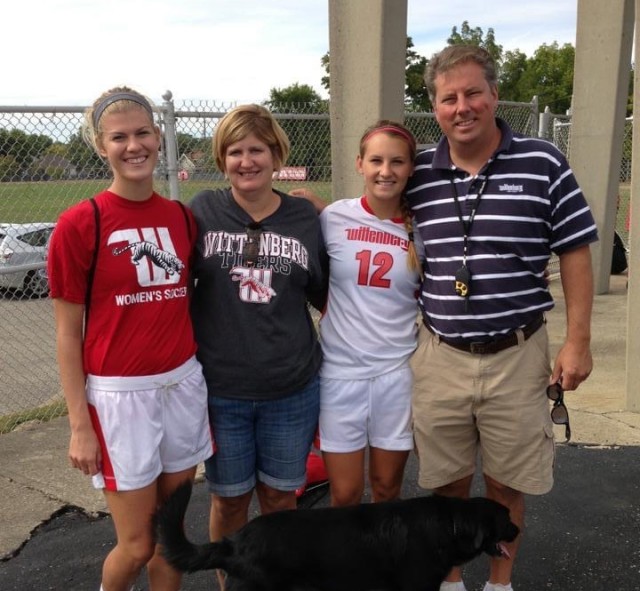 Wittenberg graduates Erika Rich, class of 2015, who was diagnosed with stage IV breast cancer in February 2019 at the age of 25, and her sister, Jessica Sinclair, class of 2016, are healing together through the creation of the nonprofit Bloom Foundation Gives. 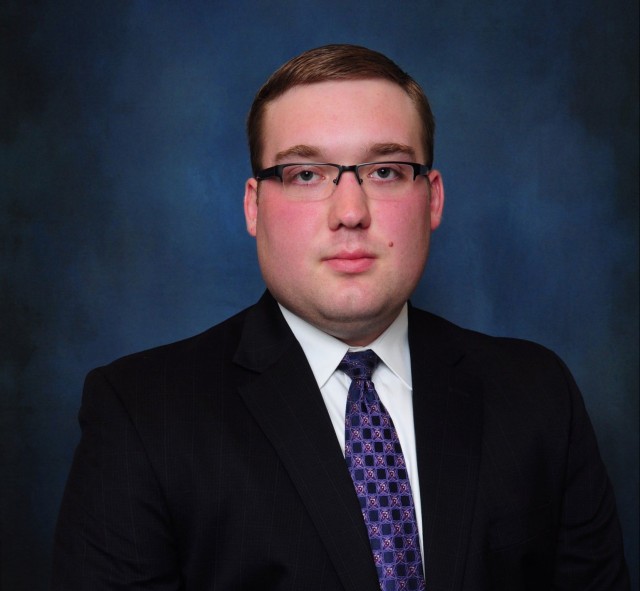