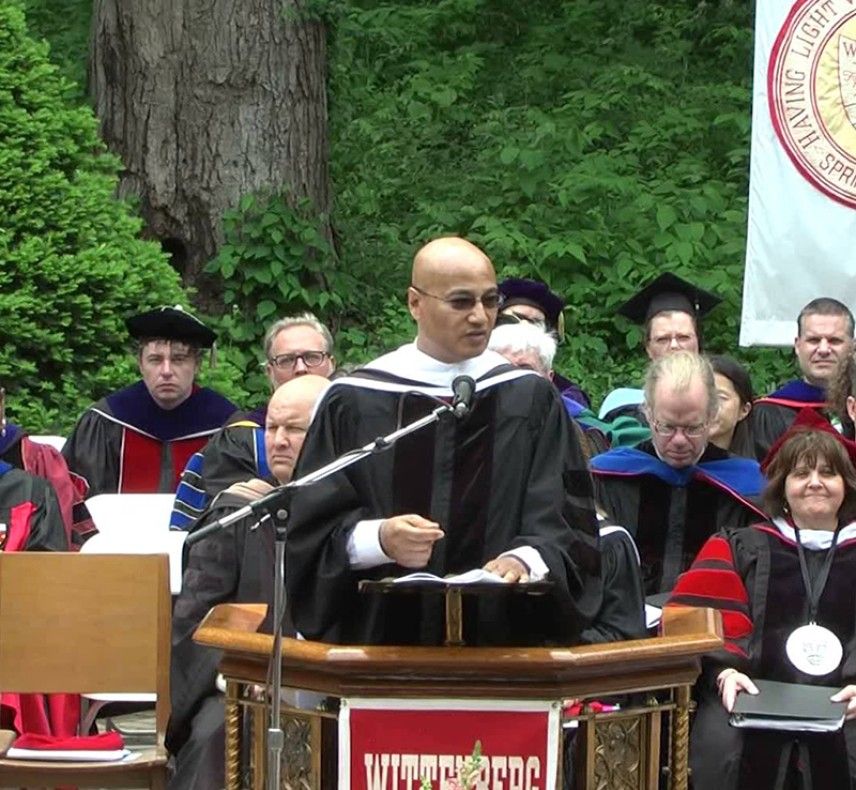 Part of what makes Wittenberg’s annual Homecoming Weekend celebration such a success is the number of alumni who return to honor their alma mater. During the big weekend, Oct. 6-8, Wittenberg will do the same by honoring six of its alumni with special awards on Saturday, Oct. 7.

The G.O.L.D. Young Alumni Service Award is presented to an alumnus or alumna who has gone above and beyond the call of duty in the Wittenberg community by lending his or her time and talents to continue a tradition of excellence at the university. The Outstanding Young Alumnni Award is presented to an alumna or alumnus in recognition of his or her professional achievement. Alumni Citation Awards recognize those who have brought honor to Wittenberg by their exceptional accomplishments in which service to humanity is placed ahead of personal gain or recognition.

The prestigious Class of 1914 Award is awarded to an alumnus or alumna who has served Wittenberg and exceeded the expectations of any contributor to the college’s welfare.

A psychology and sociology major and a member of numerous honoraries, Chollar is a licensed clinical social worker in the Commonwealth of Virginia. He serves as the Assistant Director for Lesbian, Gay, Bisexual, Transgender, and Questioning (LGBTQ) students in the Office of Diversity Programs & Services at George Mason University. During his tenure, Chollar created the Campus Safe Zone, a program that “helps LGBTQ students, staff and faculty identify ‘allies:’ safe listeners, advocates and/or resources.” Chollar also volunteers at the National Coalition Building Institute and the Whitman-Walker Clinic.

A former writer for Wittenberg’s student-run newspaper, the Torch, and a member of Alpha Delta Pi sorority, Hinkel, an English major, has enjoyed many achievements as a writer. From 1999 to 2006, she acted as editor and writer for the communications office of the National Air and Space Museum, Smithsonian Institution. After earning her master of teaching arts in Museum Education at George Washington University in 1986, Hinkel’s work for the museum allowed her to write press releases, speeches and newsletters. She co-authored the 1987 publication A Children’s Guide to the Smithsonian, served as a reader for the Lighthouse for the Blind in New York City and as a board member for the National Women’s Book Association.

Assisting in the establishment of a Springfield Young Life chapter while a student, Martinson has been part of numerous philanthropic causes since graduation. He acted as area director of Young Life in Springfield, Ohio, from 1985-1988, in an outreach effort to introduce children to the church. Currently, Martinson serves as executive director of The Nehemiah Foundation, a non-profit organization based in Springfield, Ohio, as a way to bring healing and hope to families in the area. He has served as the Regional Associate for the tri-state region (Ohio, Kentucky and Indiana) for Leadership Foundations of America, a faith-based foundation that acts as a connecting place for leaders to tackle problems throughout different cities. Martinson’s key roles in the initiation and vision of such Springfield programs as Jobs and More, Sonshine Club and Children’s Rescue Center have continued to shine a positive light on the Springfield community and surrounding areas.

After graduation in 1999, Pryor earned his J.D. from the Indiana University School of Law in 2002. He returned to Springfield and served as an Assistant Prosecuting Attorney for the Clark County, Ohio, Prosecutor’s Office from 2003-2005. Pryor also taught classes as an adjunct instructor for Wittenberg’s School of Community Education, and he was active in Concerned Black Students, Student Senate Hearing Board, several honoraries and the Alpha Phi Alpha fraternity. Pryor is a conference committee member for the Northeast Association of Pre-Law Advisers, a member of the National Academic Advising Association and a host of other organizations.

As an alumnus, Pryor has continued to support Wittenberg by being a part of the Wittenberg Career Center Advisory Council, the Tiger Career Network and as team coach for the Mock Trial Association, which he designed and organized for the first time on Wittenberg’s campus. He is currently the director of post-graduate studies at Butler University.

Graduating from Wittenberg in 1994 with a B.A. in English, and earning her M.S. in Environmental Studies from Indiana University in 1996, Cohen has remained deeply involved with environmental causes. From 1996-2000, she served as district director of the Brown County Solid Waste Management District. A member and former president of the Brown County Rotary Club and America Recycles Board of Directors, Cohen is currently the director of the Indiana Recycling Coalition Inc., a non-profit organization formed in 1989 that supports recycling efforts in Indiana.

An active student on Wittenberg’s campus, Olson participated in numerous campus clubs and organizations, including several honoraries, the Wittenberg Choir and Phi Gamma Delta fraternity. Currently, Olson serves as president of Olfield Graphics and Vice President of Cubbison Product Identification, both of which are located in Youngstown, Ohio. His business accomplishments earned him an interview with The Business Journal in November 2002, as well as a feature in an article for the Youngstown Vindicator in 1989. Among his membership in Rotary International and board positions at Ballet Western reserve and Printing Industries, Olson still lends a hand as a soccer coach and referee.

Also being recognized during the weekend is H. Orth Hirt Professor of History James Huffman. One of the most respected East Asian scholars in the world, Huffman will be awarded honorary alumnus status this weekend. Given to those who have demonstrated a loyalty and devotion to Wittenberg that is exemplary to alumni and who have worked diligently to sustain it, the award is the latest of many that Huffman has received in his 30-year career at Wittenberg.

Recipient of four Fulbright Awards, winner of the Alumni Association’s Award for Distinguished Teaching, Wittenberg’s most prestigious faculty prize, as well as the Ohio Academy of History’s Distinguished Teaching Award, Huffman is the author of four books and an expert on Japan’s Meiji era. His books include Creating a Public: People and Press in Meiji Japan; A Yankee in Meiji Japan: The Crusading Journalist Edward H. House; Modern Japan: A History in Documents and Politics of the Meiji Press: The Life of Fukuchi Gen’ichir.