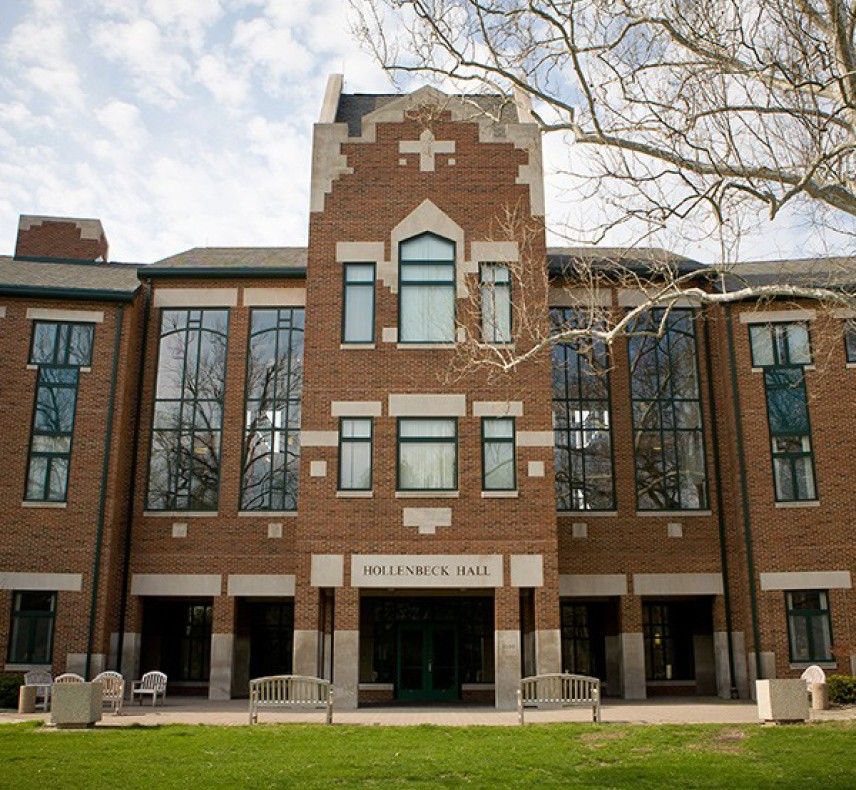 Since graduating from Wittenberg in 1963 and 1964, respectively, Robert E. “Bob” Ness and his wife Lynn Noble Ness have consistently given of their time, talent and treasure to advance their alma mater and contribute to its future success. This month, the couple has again invested in Wittenberg by establishing a $1.5 million endowed chair in entrepreneurship.

“We are deeply moved by the sincere generosity of Bob and Lynn to create the Ness Endowed Chair in Entrepreneurship,” said Wittenberg President Mark H. Erickson. “Not only will it provide us with an extraordinary tool for recruiting the best faculty, but it will enrich our business program, which has produced some of the finest leaders around the globe.”

Named after the family, which has extensive ties to the university, including eight graduates, among them all three of the Ness’ children, the $1.5 million endowed chair will enable the university to expand its commitment to developing well-rounded, out-of-the-box thinkers, who can not only paint a vision and design the path to achieve it, but also inspire countless others along the way.

The Ness Chair in Entrepreneurship is one of several current initiatives that enrich university programs designed to prepare the next generation of business leaders. Others include the newly established East Asian Institute, which marries the historic strength of Wittenberg’s East Asian Studies program with its business and economic programs, and Witt Enterprises, an array of student-run businesses that will allow students to test their entrepreneurial talents by running actual businesses. Together these programs create an increasingly powerful 21st century business curriculum taught within the context of a strong liberal arts program.

“With the addition of these cutting-edge opportunities and the appointment of an imaginative entrepreneur to the Ness Chair, we find our management program at a wonderful crossroads, poised for great success as a distinctive element of the university,” Erickson said.

Inspired by Wittenberg’s recently adopted strategic plan, the Nesses chose to create the endowed chair. As founder and chairman and CEO of the Columbus, Ohio-based ODW Logistics Inc., Bob Ness has personally modeled Wittenberg’s long-standing tradition of excellence and achievement through his leadership at ODW, which today ranks among the top 100 of third-party logistics providers in the nation. Initially a management trainee who quickly climbed the corporate ladder, earning titles of sales manager, executive vice president and then president, Ness has exemplified the creative-thinking, ingenuity and integrity that define successful entrepreneurs. He also credits Wittenberg with giving him a well-rounded perspective founded in the liberal arts, which has sustained and encouraged him in his business and non-business pursuits.

“As Lynn and I reflect on our wonderful experience at Wittenberg, we look forward to the opportunity to provide a program for aspiring students as well as a program that provides the sons and daughters of entrepreneurs a curriculum that encourages second-generation business succession,” Bob Ness said.

In addition to investing in their alma mater, Bob and Lynn Ness have served the university and their Upper Arlington, Ohio, community since graduating. As a former teacher with the Columbus City Schools, Lynn Ness has served in numerous volunteer capacities with Junior Service League, Boy Scouts of America, Girl Scouts of America and the Buckeye Boys Ranch. She also recently completed a six-year term on the board of the Northwest Counseling Center and previously served as president of Nationwide Children’s Hospital’s Pleasure Guild. The Nesses have also been devoted volunteers in their Upper Arlington, Ohio, community as well as leaders at Upper Arlington Lutheran Church.

On campus, the Nesses have enjoyed a long and distinguished history as well. A leader on the Alumni Council and president of the Wittenberg Alumni Association, Bob Ness has also chaired the university’s Board of Directors and served as a long-time member of the Board. The national chairman for the Defining Moments Campaign, Ness currently chairs the university’s Benjamin Prince Society. Lynn Ness recently helped to spearhead a new initiative for spouses of Wittenberg Board members and previously taught a drug and alcohol awareness program during the university’s New Student Days.

Thanks to their generosity, hundreds of Wittenberg students now have the opportunity to learn in a modern, contemporary classroom and theatrical space known as the Ness Family Auditorium in the university’s Hollenbeck Hall. In recognition of their dedication to Wittenberg, the university recently awarded the couple an honorary doctor of humane letters during the university’s 163rd Commencement exercises, May 10.

“Together, Bob and Lynn Ness represent the finest elements of Wittenberg and provide a wonderful role model for our students,” Erickson said. “Their commitment to their community, their church and their alma mater is extraordinary. On a personal level, they are perhaps the two finest people I have known, not just at Wittenberg but anywhere. We are truly lucky to count them as members of the Wittenberg family.”

In addition to providing a stipend and program/research support, an endowed chair represents one of the most prestigious achievements for college faculty members at American universities. The university will begin its search for the recipient of the Ness Chair later this year.