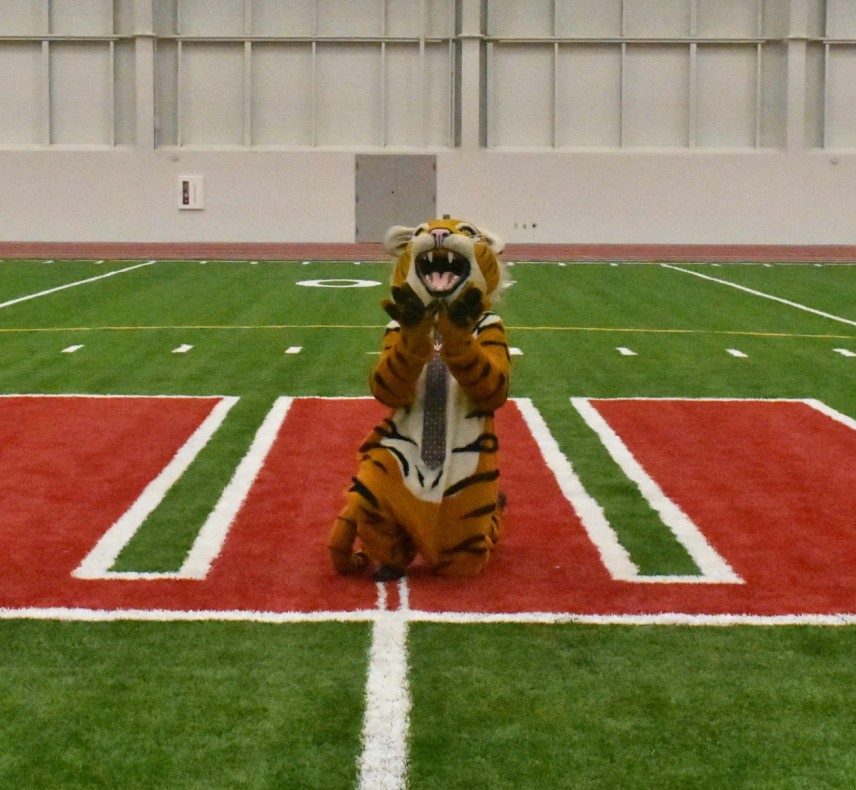 Excitement was in the air across campus as alumni and friends returned for Homecoming & Reunion Weekend 2019 to catch a glimpse of the new Health, Wellness & Athletics (HWA) Complex, take part in the commemoration of the 50th Anniversary of the Concerned Black Students (CBS) Walkout and special reunions, and honor their own during the Alumni Achievement Awards brunch, Oct. 24-27.

First up on Friday, Oct. 25, current and past CBS members, current and former administrators, faculty, staff, students, and community members commemorated the 50th anniversary of the CBS Walkout of 1969 when 44 students first challenged the University by walking out in response to the call for greater inclusion. As the nation is commemorating anniversaries of central moments in the Civil Rights era across the country, Wittenberg conducted a reenactment of the CBS Walkout and held a panel discussion about the legacy of the historic event followed by a reception. Approximately 100 attended the event that began on Alumni Way and finished in Bayley Auditorium of the Barbara Deer Kuss Science Center with an engaging panel discussion. CBS also hosted a tent at the Homecoming Tailgate and the first-ever Black Excellence Soiree for current students and alumni in their best dressed.

CBS, an organization that empowers students of color while educating the University on diversity issues, formed at the end of the tumultuous Civil Rights era of the 1960s in an effort to gain a voice on campus. It has since evolved into an organization that does not just embrace African Americans, but all Wittenberg students through a variety of events and activities. In recent years, CBS has partnered with such student organizations as the Gay Straight Alliance, the American International Association, the W.A.G.E. Womyn’s Center, and Student Senate to provide campus programming opportunities. Read more about the event here.

Following the commemorative walkout and discussion, Wittenberg officially celebrated the opening of its 265,000-square-foot fully expanded and renovated HWA Complex. With community building at its core, the $50 million complex and sought-after regional resource begins a new standard of excellence in Division III. Together, the 1929 Field House, the 1982 Health, Physical Education & Recreation Center, and the new 135,000-square-foot indoor practice facility, The Steemer, form the new HWA Complex.

Red and white balloons, beautiful red and white floral displays, a special performance by Just Eve, a ribbon-cutting ceremony along the new track, and a toast from President Michael L. Frandsen were just a few of the highlights during the opening reception for donors and friends.

The crowd of approximately 400 also gave a standing ovation to Columbus-area residents, Wes Bates, chairman and CEO of Dublin-based Stanley Steemer, and wife Ann Bates, both Wittenberg class of 1970, who helped to make the dream become reality through their lead gift. The couple was presented with a special drawing done by Kimberly Mugford, class of 2021, during the opening event.

From various proclamations being read by elected officials to students sharing their stories at respective stations throughout the facility to special tours of the complex, the Grand Opening festivities inspired all those present as they highlighted the exciting new possibilities for experiential learning, community-building, and regional and national partnering now available through the HWA Complex. The Tiger Up spirit and the distinct role athletics has played and will continue to play in the life of Wittenberg were also on full display.

In addition to the grand opening of the HWA, select alumni were honored this year at the Alumni Achievement Awards brunch on Saturday, Oct. 26. Those receiving awards included: Dr. Anup Patel, class of 1995, Alumnus of the Year Award; Lydia Kisley, class of 2010, the Outstanding Young Alumni Award, also known as the “Wally Witt” Award; Kyle Barger, class of 2007, the "Pass it On" Wittenberg Volunteer Service Award; Shubhik DebBurman, class of 1991, Professional Achievement Award; and Andy Bell, the Honorary Alumnus Award. The Servant Leader Award was presented to the Concerned Black Students (CBS) Organization 1968-1969 through Ron Woods, class of 1969, one of CBS’ founders. Elizabeth George, professor of physics, was also recognized with the Alumni Association Award for Distinguished Teaching Award, the top faculty prize at Wittenberg. To read about this year’s winners, click here.

During the 50th Reunion celebration of the Class of 1969, David Baines, a member of the Board of Directors and proud 1969 alumnus, presented the class’ check for more than $1.8 million to support future generations at their alma mater.

In addition to sharing stories and reflecting on their Wittenberg experience, the class took time to sing the traditional Alma Mater together following a cocktail reception and dinner in the restored 1929 Field House. 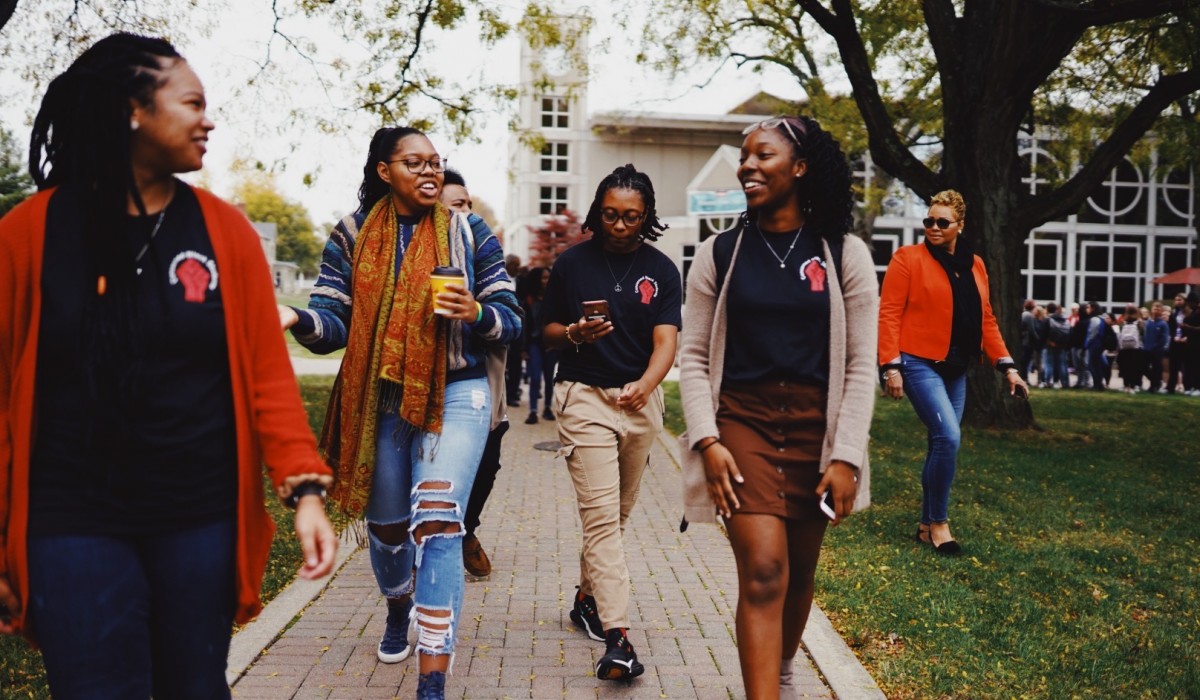 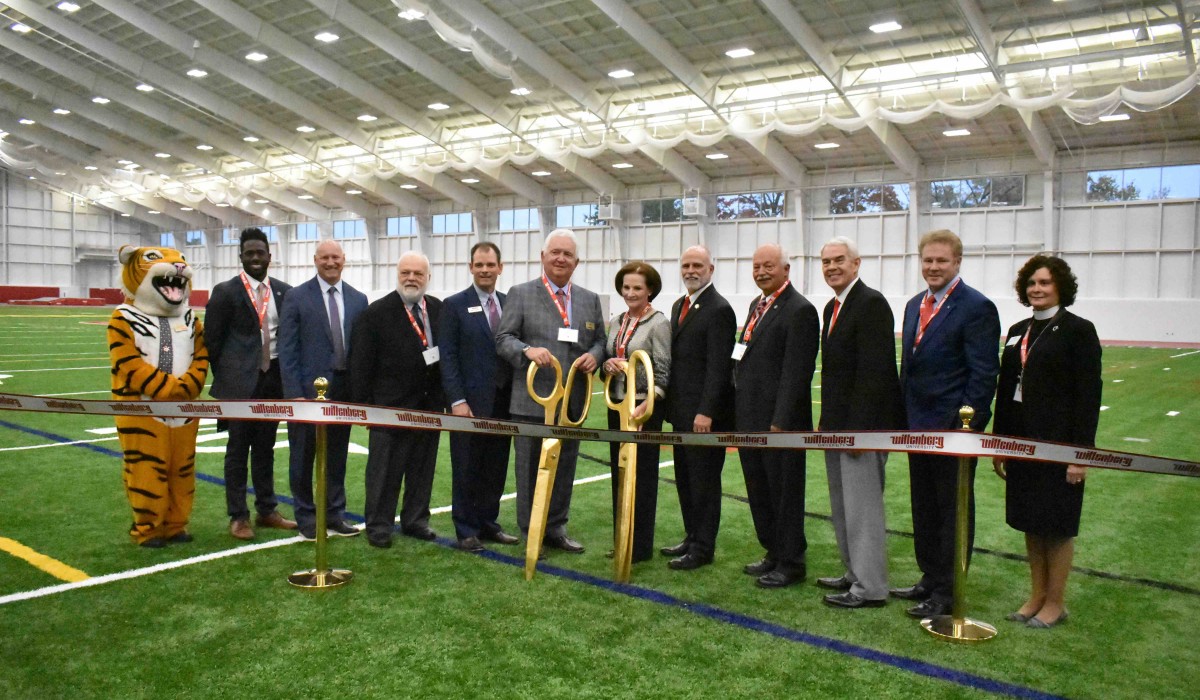 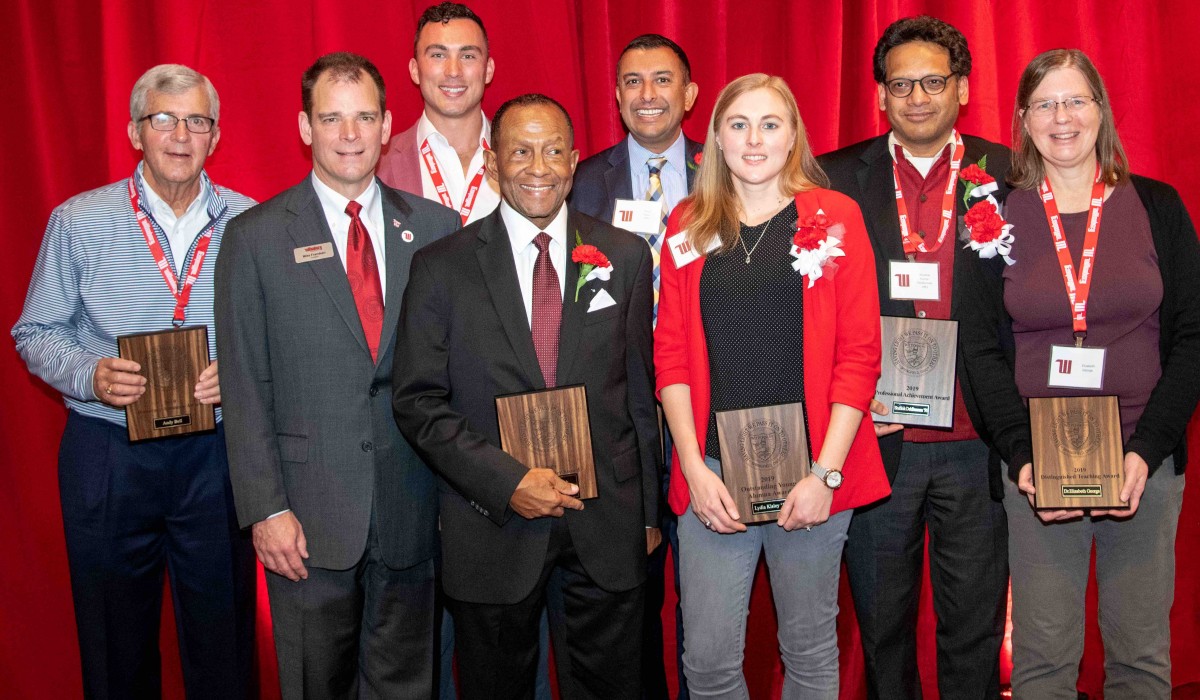 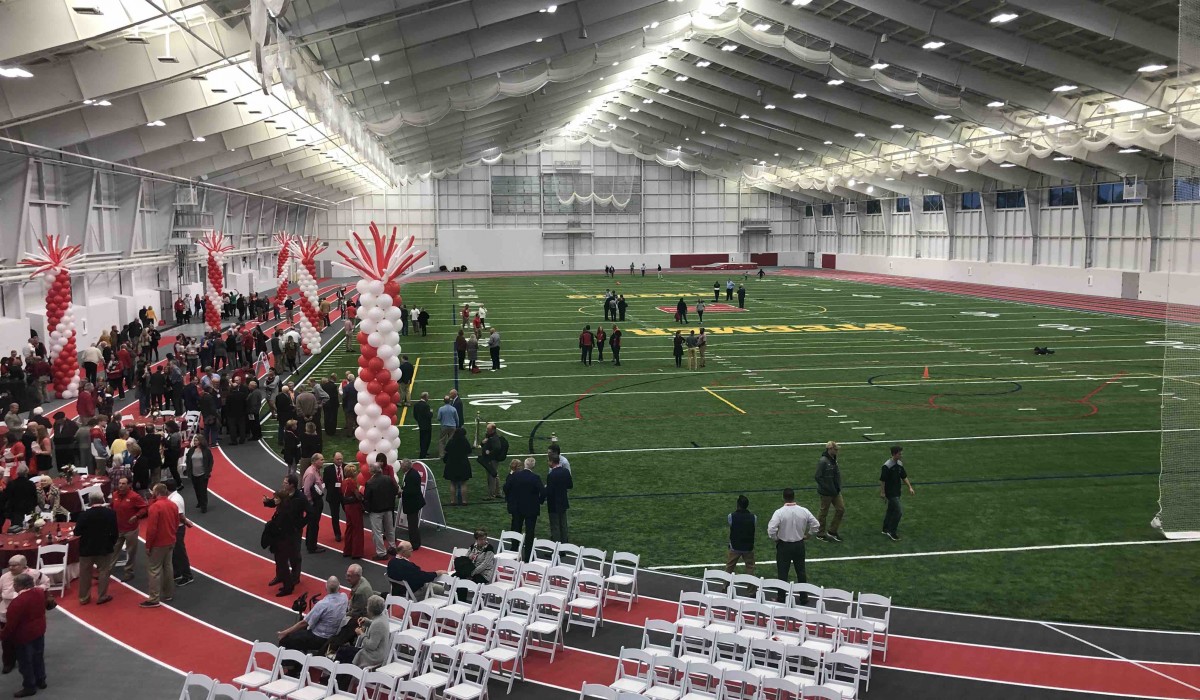 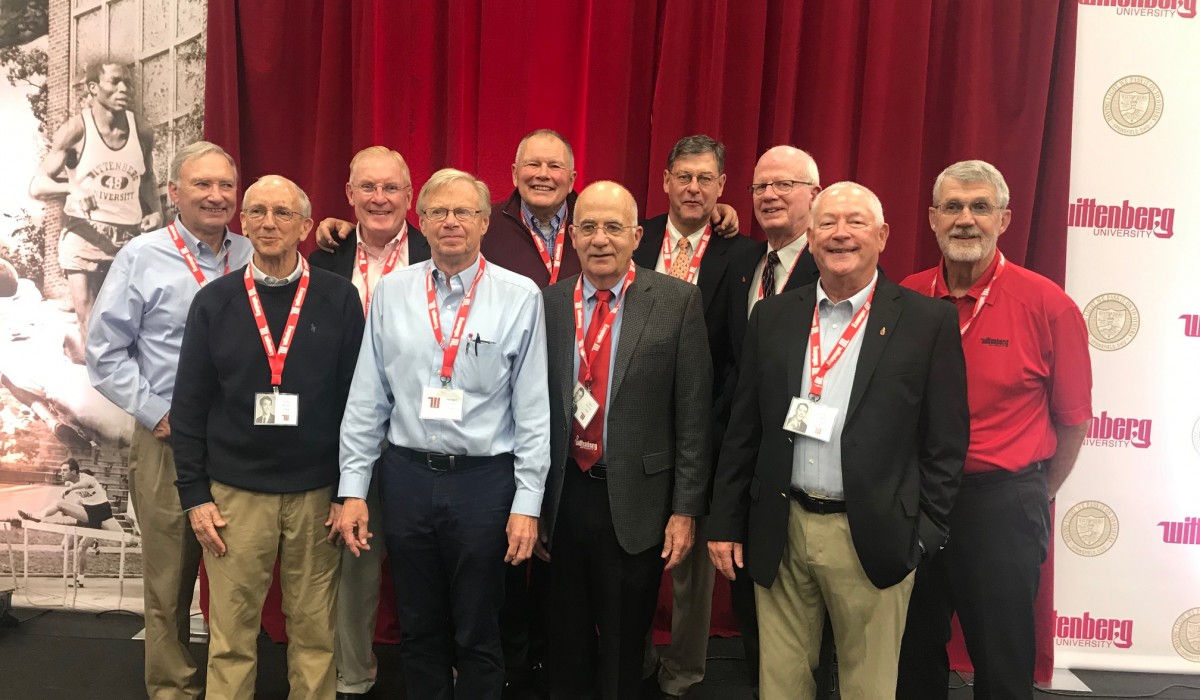 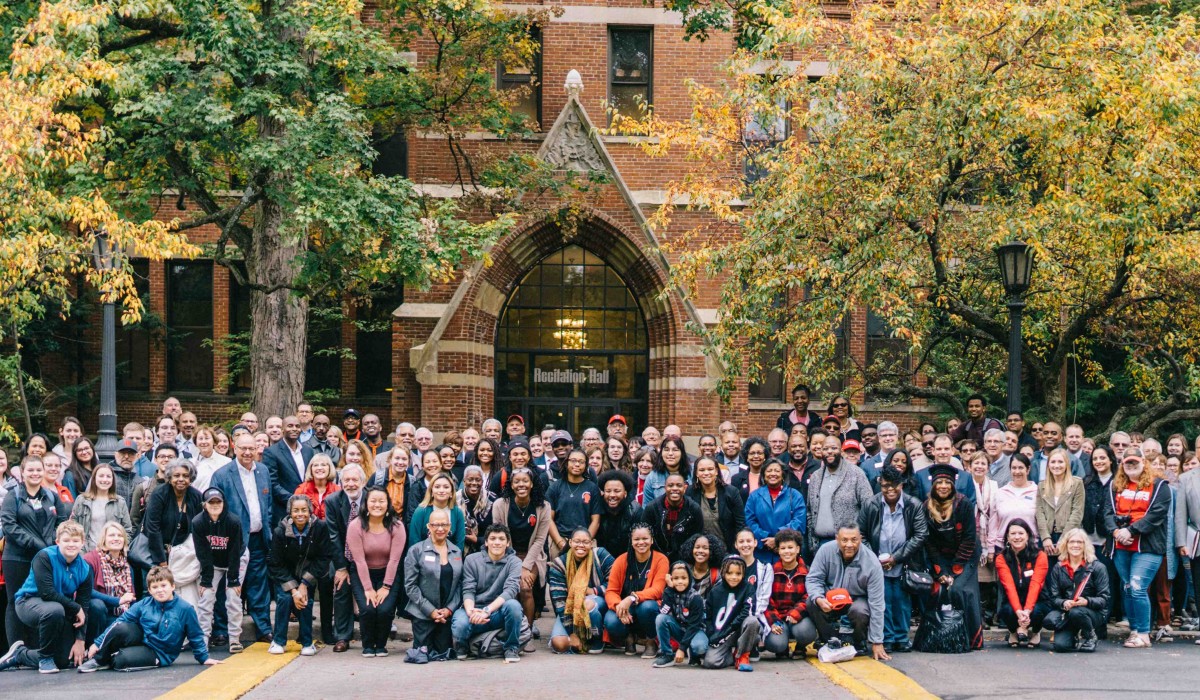 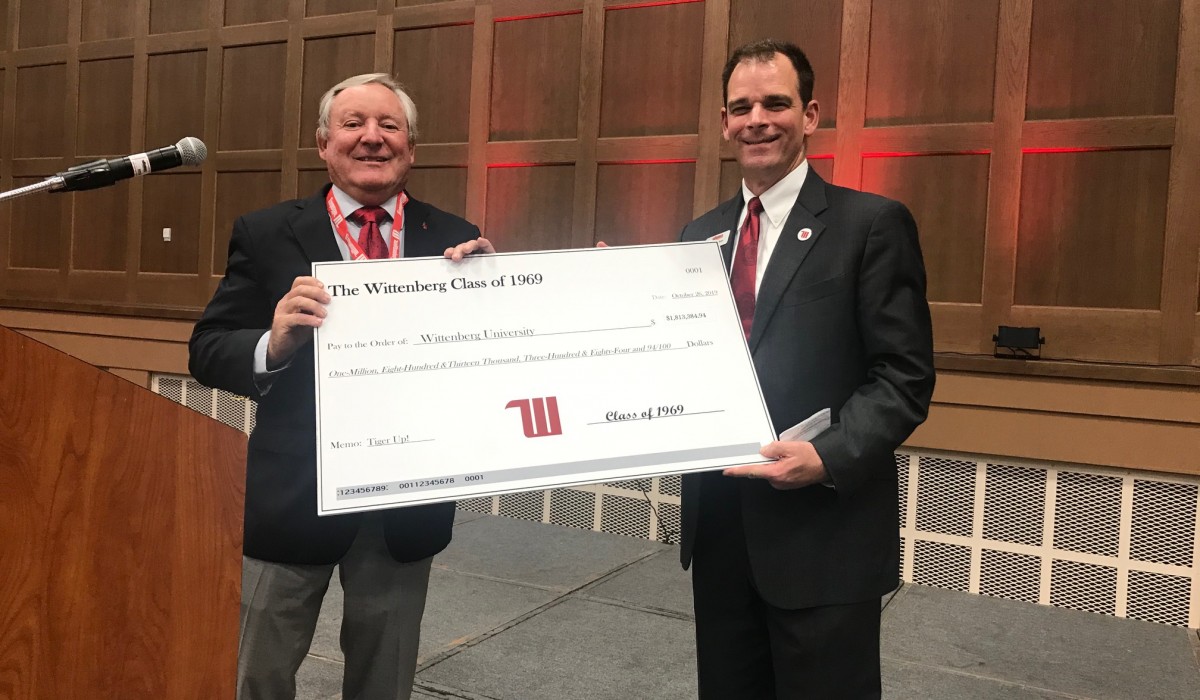 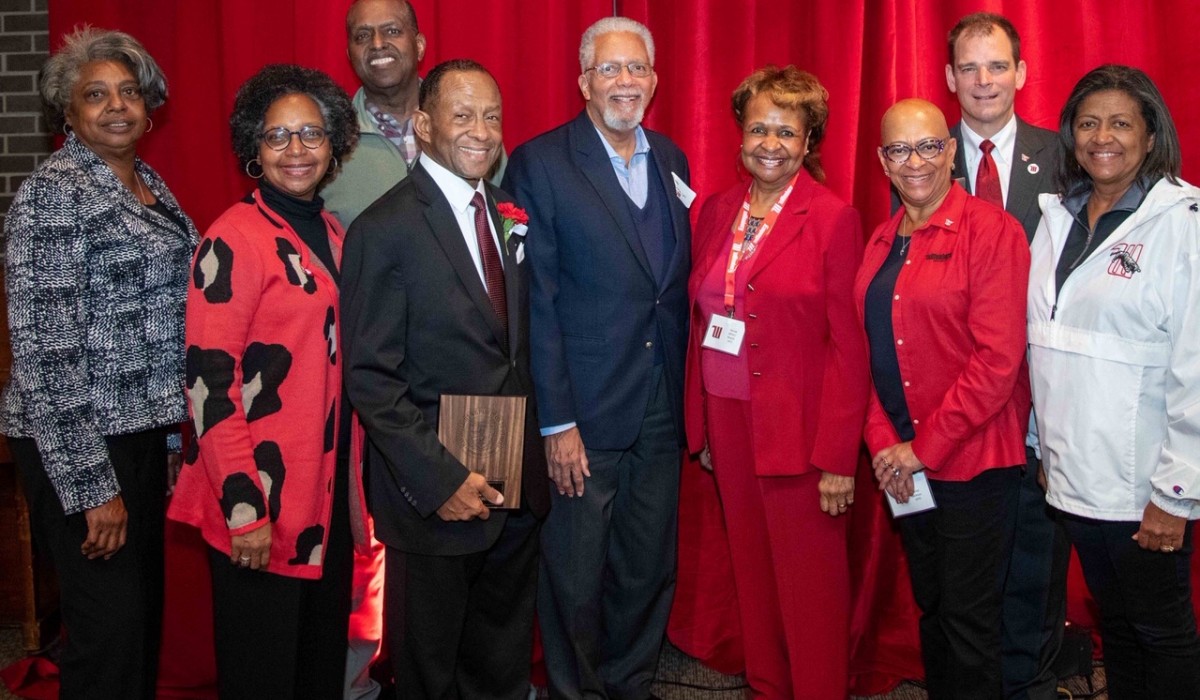 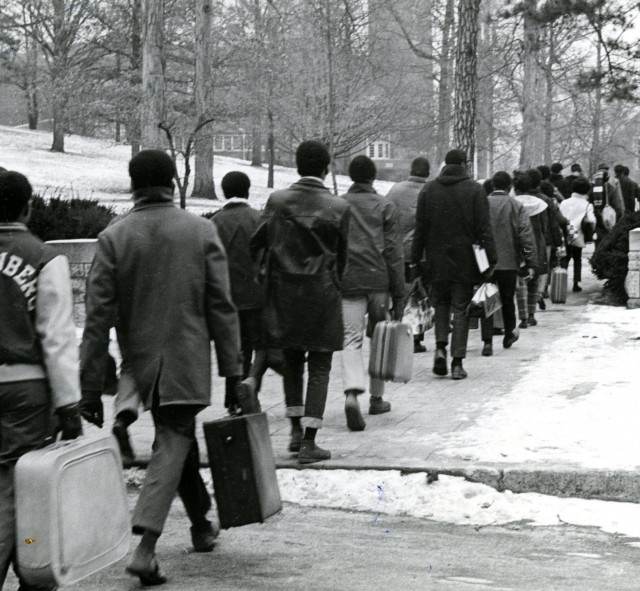 Fifty years have elapsed since 44 students first challenged the University by conducting a walkout to respond to the call for greater inclusion. 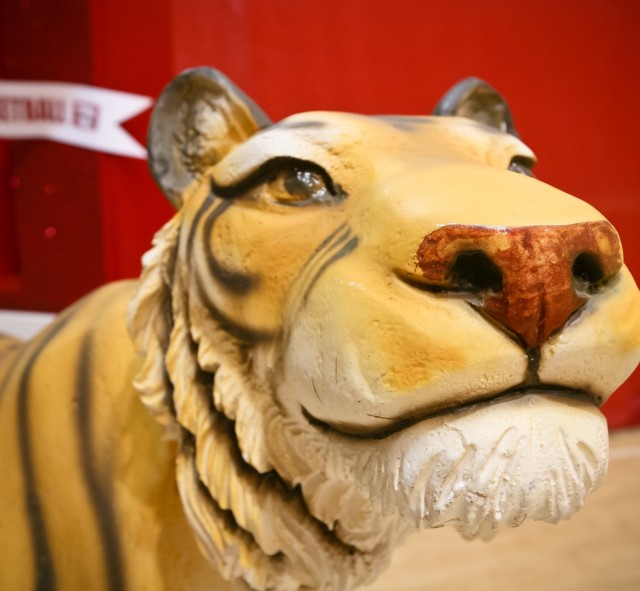 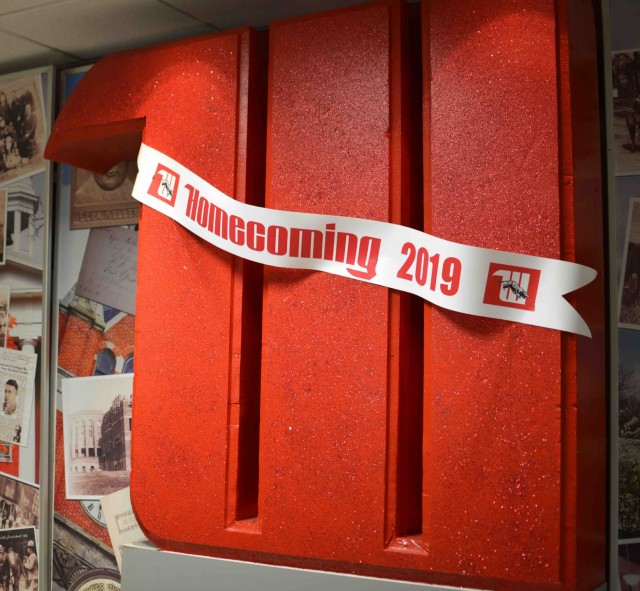 Wittenberg is changing the game this year as Tigers from all generations return to campus for Homecoming & Reunion Weekend 2019, Oct. 24-27.