It’s Time to Step It Up 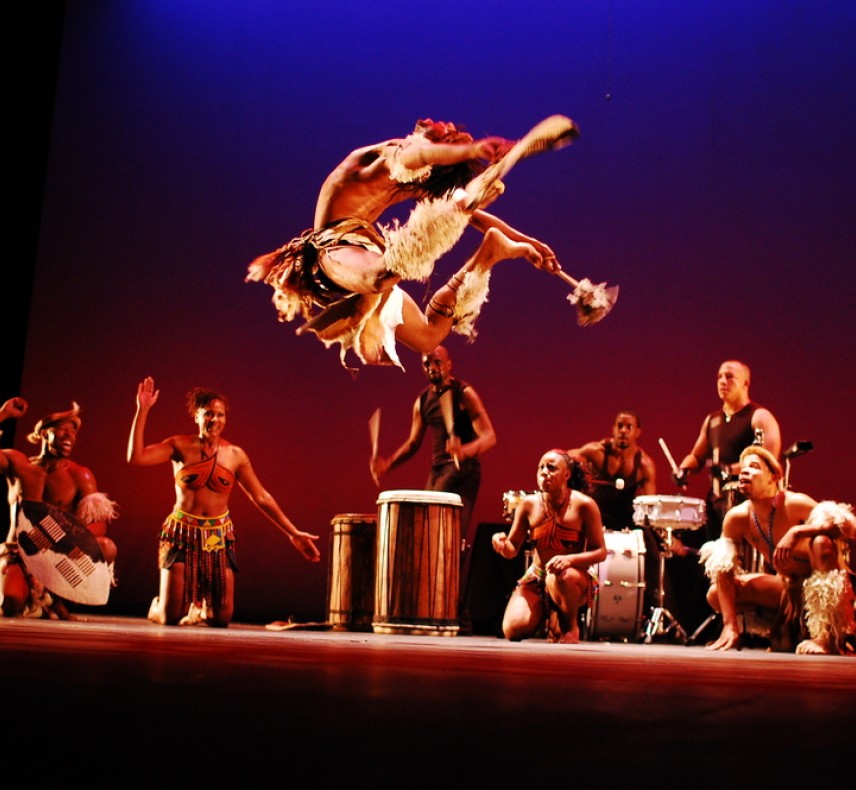 Founded in 1994 as the first professional company dedicated to the tradition of stepping, Step Afrika! will dance into Springfield for a concert at 7:30 p.m. Monday, Oct. 21 at Pam Evans Smith Arena in the Health, Wellness & Athletics Complex as part of the 2019-2020 Wittenberg Series.

Celebrating 25 years of energetic performances that integrate percussive dance and African traditional dance with songs, storytelling, humor, and audience participation, Step Afrika!’s tradition of stepping has historic roots in South Africa and is similar to gumboot dance, which was developed by South African miners who were forbidden to use drums. In the United States, stepping arose in the early 1900s from dance rituals popular among black fraternities and sororities. Step Afrika!’s repertoire includes shows that incorporate both of these traditions, as well as contemporary interpretations of stepping and experimental multimedia pieces.

With a 2016 performance at the White House in celebration of Black History Month and an interactive exhibit at the National Museum of African American History and Culture that features the company’s dance steps, Step Afrika! has firmly established its place in the American performing and cultural arts scene. Based in Washington, D.C., the company has received several Mayor’s Arts Awards from the DC Commission on the Arts and Humanities and a number of Metro DC Dance Awards from The Kennedy Center.

Founder and executive director C. Brian Williams, who learned stepping as a member of Alpha Phi Alpha Fraternity - Beta Chapter at Howard University, began the company as an exchange program with the Soweto Dance Theatre of Johannesburg, South Africa. He is featured in Elizabeth C. Fine’s book on the history of stepping, Soulstepping: African American Step Shows.

In addition to performing nationally, including at more than 50 colleges and universities around the United States each year, Step Afrika! presents performances, residencies, and workshops worldwide. The company is dedicated to fostering a greater appreciation of the arts and to supporting the education of youth through its arts education programs, which include Step Afrika! Reads, a reading and creative movement program for young children; Step Up to College, for middle and high school students; and Step Afrika! Scholars Program, a scholarship program for college students.

Wittenberg students who attend the performance are eligible to apply for a scholarship from Step Afrika!. To apply, go to  https://www.stepafrika.org/arts-education/scholars-program/.

Step Afrika! will teach a 50-minute dance workshop that includes the history of stepping and a short step routine, at 4:45 p.m. in the Pam Evans Smith Arena prior to the show. Workshop students will be invited to perform the piece at the 7:30 p.m. Step Afrika! concert. The workshop and concert are admission-free and open to all.