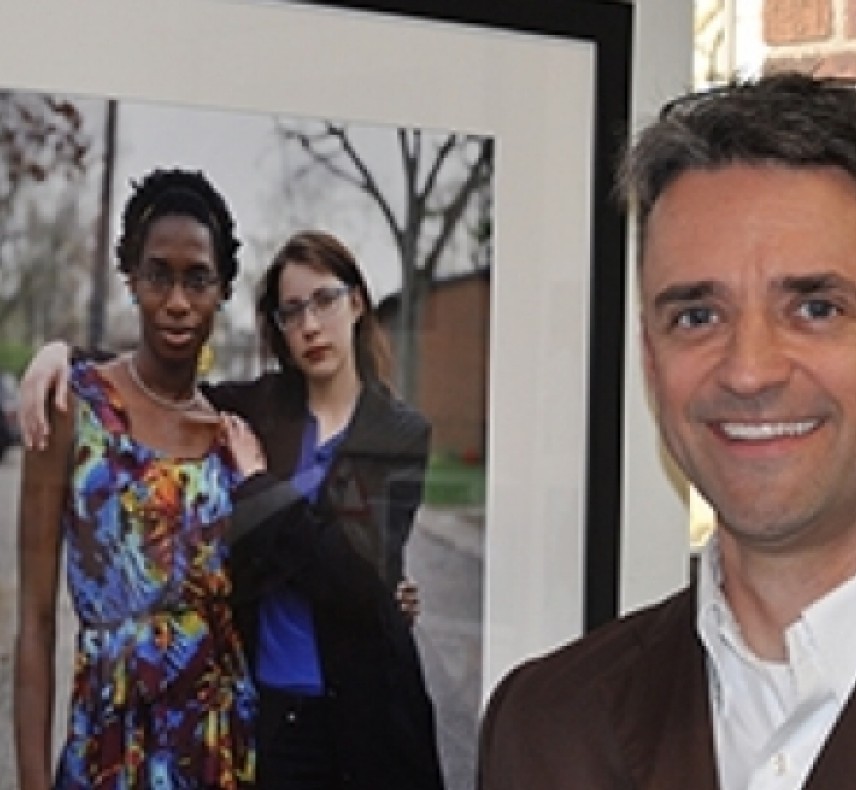 McInnis, who teaches courses in introduction to photography, advanced photography, digital imaging, and history of photography and documentary film, submitted a portrait for the first time in the competition, and it was selected as one of seven artworks shortlisted for the fourth occasion of the OBPC.

The competition received more than 2,500 entries in a variety of visual arts media. McInnis’ work is among 43 pieces that will be on display for the juried exhibition at the museum from March 12, 2016, until Jan. 8, 2017, before it goes on display at three other museums across the United States in 2017 and 2018. The exhibition’s pieces include sculptures, mixed-media works, photographs, paintings and drawings.

The competition was open to artists working in the United States who had created portraits after Jan. 1, 2014, in any visual art form. The artwork had to be a portrait that engaged directly with the subject when it was made, and each artist could only submit one work.

“It's hard to describe what this means to me,” McInnis said. “I was very honored to be a semi-finalist when I found out in March. It was then that I had to send the actual framed piece to the Smithsonian. Then it went to the finalist round and I was hopeful, but I knew it was very competitive. In September, the Smithsonian contacted me, and I was not only a finalist, but one of seven shortlisted for the main prize. I was stunned.

“I am deeply honored and excited to be a part of the most prestigious portrait competition in the U.S.”

The competition takes place every three years and is made possible by benefactor Virginia Outwin Boochever, a former gallery docent who volunteered at the Smithsonian’s National Portrait Gallery for 19 years. She passed away in 2005 and left a generous endowment to the Smithsonian to start a triennial competition that honors contemporary American portraiture in all mediums.

The first-prize winner will receive $25,000, as well as a commission to create a portrait of a living individual for the museum’s permanent collection. Winners will be announced at the press preview, slated for March 10, 2016, in Washington D.C.

“They are fast friends, and continue to be, even though Lillian graduated last year,” he said. “I was struck by the diversity of their aesthetics, their looks, and yet still had such an obvious bond as friends. I think (hope) that friendship comes across in the image. I wanted to highlight the bond between two women - as there is often too much in the media about women not getting along with each other.

“I also frankly wanted to celebrate the diversity of race between the two students, as diversity should continue to be a part of Wittenberg's mission,” he added. “Diversity and race are very important issues to me.”

McInnis said that competition is an important part of the Wittenberg Art Department's research and publication and studio faculty regularly submit their work to local, regional and national competitions.

“I have entered more works into more competitions than I can count,” he said. “Publication and recognition are constant processes that all faculty face. I started teaching college in 1995, and this is definitely the biggest professional honor for me so far. The talent in the OBPC is simply staggering. My next goal is to publish a monograph of my portraits - that will be an honor all on its own.” 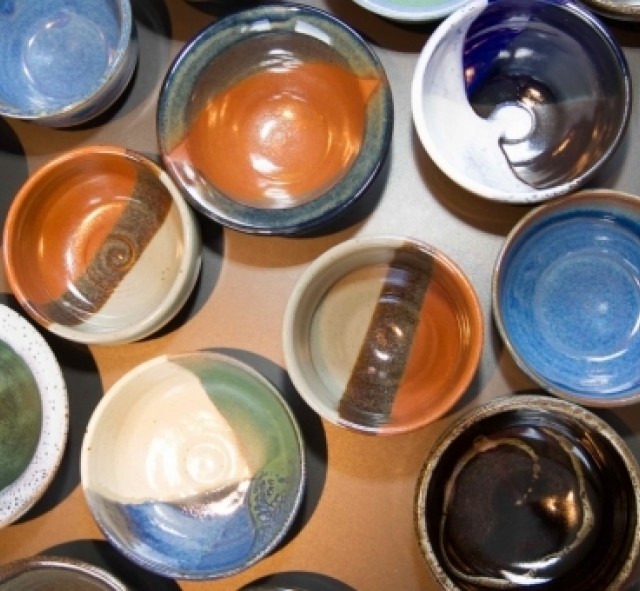 Aimed at combating hunger in the local community, the 23rd annual Empty Bowls fundraiser will take place from 4:30 p.m. to 7 p.m. Thursday, March 16. 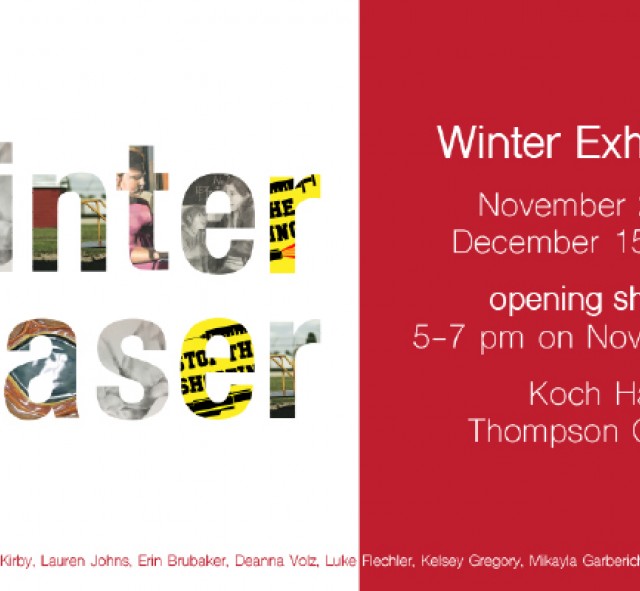 Wittenberg University’s department of art announces the opening of the annual winter exhibition of senior studio art majors. The exhibit includes a sample of each year-long thesis project currently in production for April 2018. 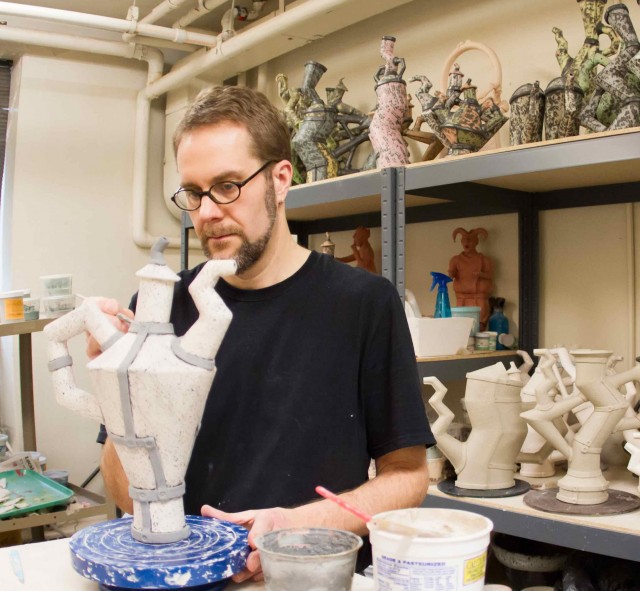 For the Love of Art

Scott Dooley, Wittenberg University professor of art, was selected to receive the 2017 Edith B. and Frank C. Matthies Award.