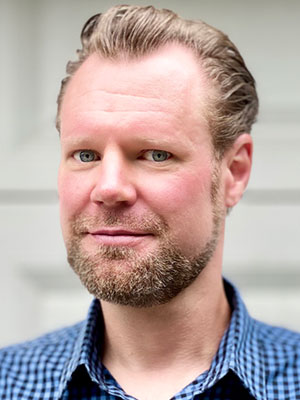 Sascha Andreas Gerhards completed his dissertation “Zeitgeist of Murder: The Krimi and Social Transformation in Post-1945 Germany,” in 2012. In the 2012-13 school year he held a Max Kade Distinguished Fellowship in German Studies at UC Davis.

Dr. Gerhards has published an interview with acclaimed linguist Claire Kramsch on her book The Multilingual Subject, a chapter about the postwar Edgar Wallace films in a volume on genre cinema, and a chapter entitled “Krimi Quo Vadis: Literary and Televised Trends in the German Crime Genre,” in the first American Anthology on the German crime genre. Sascha’s essay “Krimi und Klamauk: Trivializing Murder in the Eberhofer and Kluftinger Series” was part of a special issue of Colloquia Germanica in early 2016.

The German Studies Review recently published Sascha’s essay “Tracing the Stasi in the Televised German Krimi: Tatort and Polizeiruf 110 Episodes as Precursors to the Post-Reunification Stasi Debate.” He is currently working on a research project about the European refugee crisis and Muslim representation in the German media, and a monograph tentatively titled: Tatort Television: 50 years of German Reality.