Sierra Mazurowski ’18 Hopes to Work in Japan through JET Program

A member of Wittenberg's Class of 2018 with a triple major in East Asian Studies, Japanese and international relations, Sierra recently studied at Nanzan University in Japan for a year. The opportunity motivated her to apply to the Japan Exchange and Teaching (JET) Program, which is managed by the Japanese government. 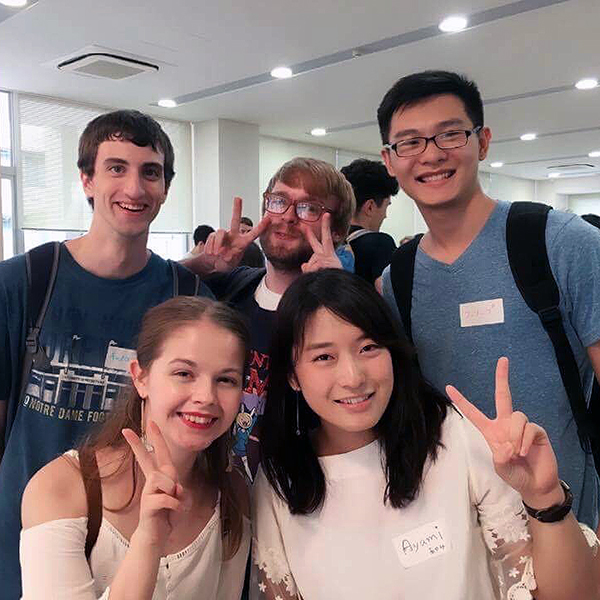 “In my last year in high school, I spent two and a half weeks in Japan through a program, called JET Trip. It was a part of introducing JET program and it made me more interested in being in Japan and working there.”

“How was life in Japan?”

“It was really fun! I took Sado, a Japanese tea ceremony class, in addition to language courses. They teach you how to walk and serve teas. I also went on a bus trip to Gujohachiman in Gifu with other international students and some Japanese students, which is one of my best memories in Japan!”

“So now you are applying to JET. When did you start preparing?”

“I started two months before the application was open. It is a basic application, two letters of recommendation, and a statement of purpose, which is two pages about what position you want, what you could contribute to the community, teaching experience and things like that. I'm looking at a CIR and ALT position. The application is basically selling yourself. It’s a pretty long application, so it’s better to start early.”

“CIR is a Coordinator for International Relations. You have to have pretty high level Japanese for this position. You need to be at least JLPT N2 level. It’s pretty hard to get. I haven’t taken JLPT yet, so I applied to ALT position first. I’m going to study to take JLPT while I’m in Japan and then apply to CIR. For ALT, you don’t even actually need Japanese. However, if you are going to be in a rural area, they would prefer, at least, N3 or N4 level.”

“How did you prepare for the interview?”

“I researched a lot of questions they might ask on Tofugu. It is a blog site that has a lot of information about the language and culture of Japan. There were articles that gave me tips for JET. I used them a lot because the guy who wrote the article passed the interview of JET and also does the interviews now, so he has seen both sides of the process. They do podcasts about JET program too.”

“I also did mock interviews with Wendy. I was really nervous at first, but she managed to help me calm down. She thought about my answers and gave me good feedback.”

“So the interview is held in English?”

“Mostly in English, but there’s Japanese portion. For ALT, it’s a kind of a bonus section, which my interviewer called it ‘Bonasu pointo’. Mine was a little bit tricky because she asked very basic questions like jikosyokai. Then she asked me to read a section, which wasn’t bad, but there was a couple of kanji I didn’t know and if I had read it better, I would have been able to answer the questions better.”

“Lastly, do you have any advice for students who are thinking about JET?”

“I would recommend doing research and starting early. Most people just go to Kansai Gaidai, but if you are looking for something different, you might want to look at another school too. For JET, I think the statement of purpose is the most important. I took it to the writing center and Mary, a director of the LLC, because she had written a bunch of those applications for her job. If the application is good, there will be a higher likelihood of getting an interview because the statement of purpose is the most important part!”