The History of Steve the Badger
(As remembered by Emily McClay, the First High Priestess of Steve)

It began spring semester of my freshman year at Wittenberg (2004) when I was in my very first D&D game, which was run by Sarah Bay. Adam Johnson was playing a wizard named Donaman, who, while we were fighting panthers in Eden, summoned a celestial badger, whom he named Steve.

The name of Steve remained connected to badgers in my mind. Later, when Sarah and Adam were bored and wanted me to run a quick game my junior year (2005) because they wanted to kick the crap out of something, being angry that anime club got kicked out of its room, I had them fight 26 evil dire badgers of DOOM...all named Steve.

The very next semester, spring 2006, Andy Klosky ran a one-shot early on in January. I had never played a ranger before, so I created a half-elf ranger named Dylan and decided that his animal companion would be a badger named Steve. Steve was very useful in the game and actually found the key that our party was looking for. (Dylan was not so useful and died and had to be raised from the dead, but that's okay).

That same semester, Eric Luhman was running his epic game, so I decided to take Dylan up several levels and join. Although he qualified for a bigger animal companion, I kept Steve as a normal badger. After lots of battling sin dragons and a war, the question arose: whose side were we on? Ariel claimed that she was on Steve's side, Silawyn agreed with her, and suddenly people were shouting "All hail Steve!" He slowly continued gathering followers. One of their party, Theron, died and came back as an evil deity that killed most of the party before taking over the town and turning it into an orgy-fest. Steve, now a demigod, hid out with the druids until the ghosts of the party came back and converted most of the town to the cult of Evets, taking worship away from Theron. Steve then became a deity rank one and brought the party back to life. They killed Theron, fought more sin dragons, and eventually defeated Kurik. Steve by the end of the campaign in spring 2007 had become an intermediate deity with ten divine ranks.

Steve as he appears to us is very soft and fuzzy. He was elected the patron deity of the Wittenberg Role-Playing Guild in April 2007, and the responsibility of caring for him was given to the Vice Guildmaster, who shall also be the High Priest/ess of Steve. The High Priest/ess is responsible for hosting the Feast of Steve, which shall be held either on February 25 of every year or the closest possible convenient date. This feast shall be a dinner for the entire Guild as well as a time of covering campus with WittCon posters. It is a requirement that Steve shall be brought to all Guild events. Whoever loses Steve is responsible for replacing him.

Steve the badger also appears in the 2007 senior class photo. 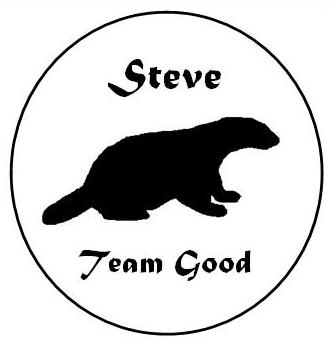 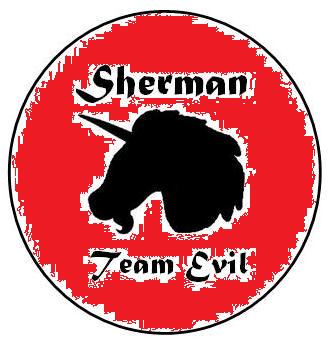