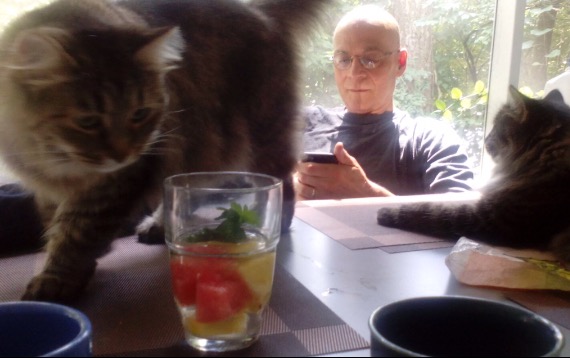 Professor David Nibert is a scholar/activist who teaches courses on animals and society, global injustice, the sociology of law, and social stratification. He has worked as a tenant organizer, as a community activist, and in the prevention of mistreatment and violence against devalued groups.

He has published articles in such journals as Child Welfare; the Journal of Interpersonal Violence; RESPONSE: To the Victimization of Women and Children; Critical Sociology; Race, Gender, Class; Society and Animals; the Journal of Human Rights and the Environment; and the International Journal of Sociology and Social Policy.

He has contributed chapters to numerous anthologies and is the author of several books: Animal Oppression and Human Violence: Domesecration, Capitalism and Global Conflict (Columbia University Press); Animal Rights/Human Rights: Entanglements of Oppression and Liberation (Rowman/Littlefield) and Hitting the Lottery Jackpot: State Governments and the Taxing of Dreams (Monthly Review Press). He edited a two-volume work titled Animal Oppression and Capitalism (Praeger Press).

Professor Nibert was the recipient of the Distinguished Scholarship Award from the Animals and Society Section of the American Sociological Association in 2005 for Animal Rights/Human Rights: Entanglements of Oppression and Liberation and in 2013 for The Fire Next Time: The Coming Costs of Capitalism, Animal Oppression and Environmental Ruin and of the Critical Animal Studies Institute’s Tilikum Award in 2013 for his book Animal Oppression and Human Violence.

Professor Nibert’s letters and op-eds have been published by such newspapers as the Cleveland Plain Dealer, the Columbus Dispatch, the New York Times, and the Times of London. In October 2013, he was the featured lecturer on the global radio program Alternative Radio, a weekly one-hour public affairs program, discussing the “Animal-Industrial Complex.” Professor Nibert co-organized the section on Animals and Society of the American Sociological Association. His primary research interest is the historical and contemporary entanglement of the oppression of humans and other animals.

In 2017, Animal Oppression and Capitalism, a two-volume set edited by Professor Nibert, was released by Praeger Press. He solicited new works from 28 distinguished scholars whose contributions analyzes the entangled oppression of humans and other animals in 14 countries. This work also features the first collaboration between Professor Nibert and the renowned political artist Sue Coe, whose powerful images appear throughout the two volumes.