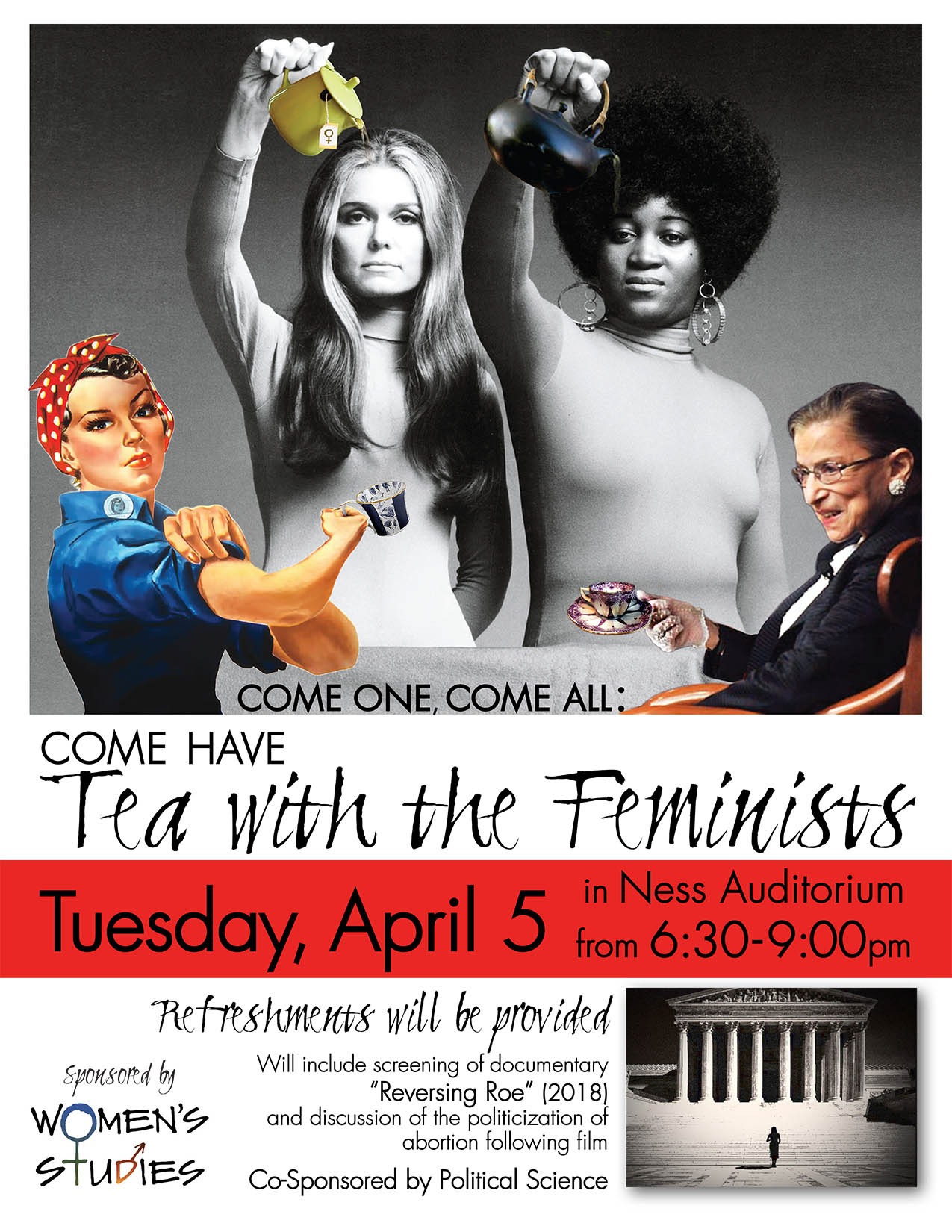 The Women's Studies Program offers a prestigious Writing Award each year. The winning essay is chosen in a blind competition: two to three faculty readers from widely different fields read all the submissions, which can come from any field as long as they have a Women's Studies focus in either subject or methodology. We usually have a substantial and strong field of contenders for the $100 prize. 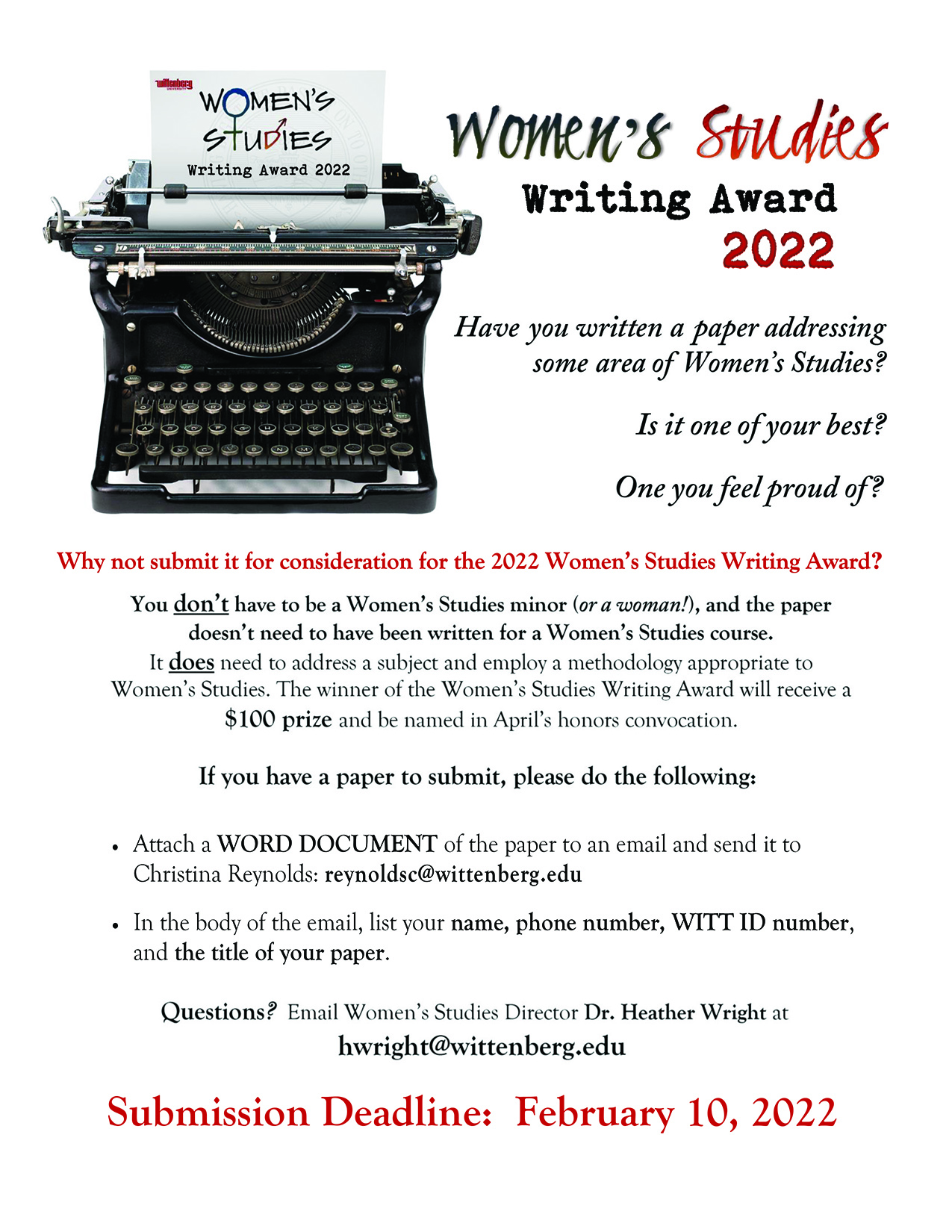 Sadie A. Kurtzman, 2021
"Behind the Door: Female Sexuality in ‘Bluebeard’ and ‘The Bloody Chamber’"

Honorable Mention, 2021: Faith L. Scully for her paper "Peach Women and Patriarchy: Planet Aa'A As My Own Terrible Revelation"

Emma A. Lyons, 2019
"Whoring Out: Themes of Resistance and Inclusivity Among Women’s Rugby Players"

Honorable Mention, 2018: Jayne Stone for her paper "A Beautiful Demise: Helga Crane's Body as an Agent of Both Mobility and Permanence"

Alison Bewley, 2015
"Literary Traditions on Fire: Mimetic Desire and the Role of the Orphaned Heroine in Suzanne Collins's The Hunger Games"

Laura Kay, 2010
"Not a Woman, But a FANY:  Appropriations of Gender in the First Aid Nursing Yeomanry During the Great War"

Heather Roscow, 2008
"Excerpts from the Diary of Sofinisba Anguissola"

Jenny Burns, 2004 and 2005 Recipient
"Pious vs Holy:  The Relationships and Differences between the Lives of Laywomen and the Lives of Female Saints that Depict the Evolution of Sancitity in Byzantium"

Annie Wagganer, 2002
"The Make-up of Plain Women: Understanding the Construction of Beauty and Body Image Among a Community of Amish Women"

Reagan Lothes, 1999
"The Immaculate Conception of the Faerie Queene and Sir Walter Ralegh's Proposed Possession of Guiana: The Rape of Feminine Power"

Jennifer Nauck, 1998
"Written on the Body: A Discourse on Diff-rance"

Corinne Wohlford, 1997
"She Who Holds Her Tongue: A Feminist Reading of Disney's The Little Mermaid"

Anne Ford, 1996
"'Great Things In Her Liberation': Manipulation and Revision in Hildegard's Scivias"

Erin Fox, 1995
"Entrance to and Exit from the Green World: The Feminine Condition in the Works of Colette"

Kim Snyder, 1995
"Factors Contributing to Women's Changing Representation in the House of Representatives, 1980-1994"

Three of these recent winners are currently doing graduate work; one is working in public relations; one is beginning a year of teaching English in Japan.