William A. McClain Center for Diversity 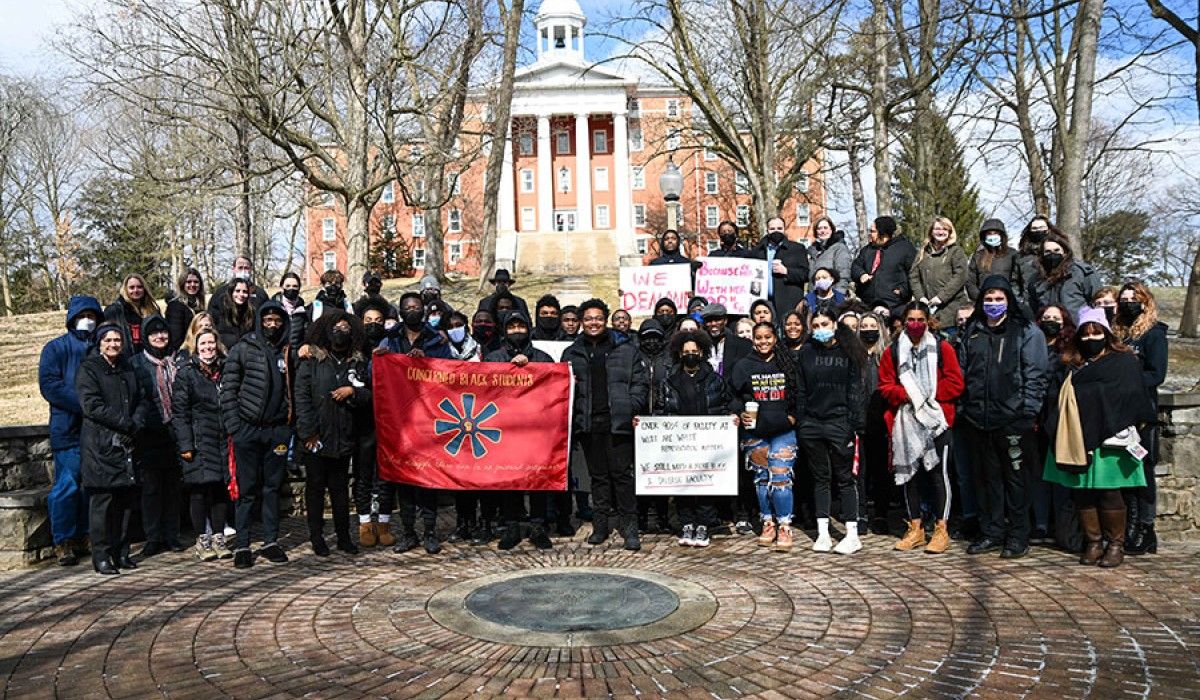 About The CBS Walkout

To compel Wittenberg toward a greater degree of responsiveness to concerns expressed by African American students on campus, 44 students in the newly founded Concerned Black Students (CBS) organization walked out on January 13, 1969, after presenting a list of the demands to the University. During this time, Antioch College hosted CBS before the walkout resolved January 18, 1969. For the Wittenberg campus, the regular rhythm of the semester gave way to “learning beyond the classroom” moments for the entire community, and each year Wittenberg re-enacts the historic event.

On February 17, 2022, The Rev. Jawwad Love offered welcoming remarks and a prayer before the CBS Walkout Re-Enactment commenced.

More than 60 Wittenberg students, faculty, and staff members participated in the 2022 Walkout Re-enactment, which began at the Seal and ended at Founders in the Benham-Pence Student Center.

To conclude the 2022 Walkout Re-enactment, CBS leadership led a dialogue about the original list of demands presented by students in 1969.

Associate Director of Admission Tammi Love offered words of encouragement and advice as part of the 2022 Walkout Re-enactment.