William A. McClain Center for Diversity

Presentation by Dr. Brian Yontz
"Brown is Almost 70! The Legacy of the Landmark Supreme Court Ruling on the De-Segregation of Schools"
9:30 a.m. Tuesday, January 17

Take a look back: 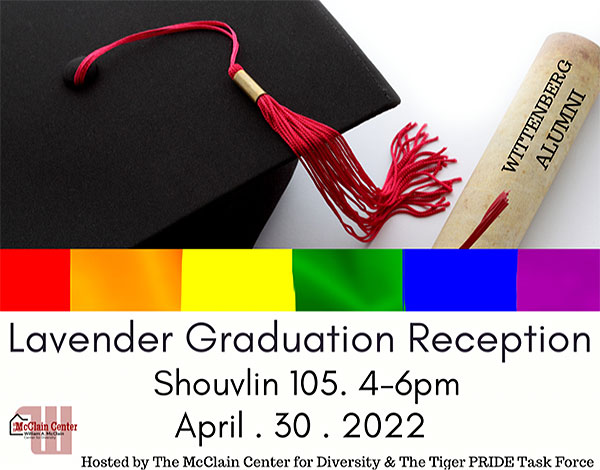 The McClain Center for Diversity and The Tiger PRIDE Taskforce annually hosts a Lavender Graduation for all students that identify within the LGBTQ+ Community. We have refreshments for our attendees and present the students with their rainbow chords, which may be worn at commencement (if they so choose). 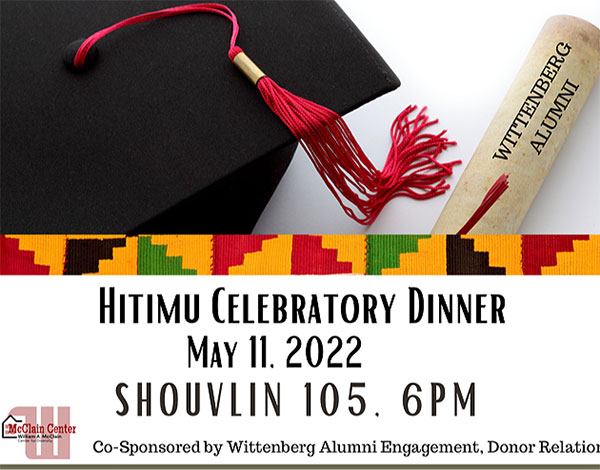 The McClain Center for Diversity will be hosting The Himitu Black Congratulatory Dinner for the African American and Latinx Student Graduates. Sponsored by Wittenberg Alumni Engagement office. Please Register no later than May 1, 2022.

Developed in an effort to promote interracial unity between Wittenberg University and the City of Springfield. Each year, students organize the march that begins on campus, moves through the City of Springfield, and ends back on campus with singing and activities that reflect the unity seen in this community. Bands, choirs, and student organizations all cooperate to make this one of the most successful campus events each year. View Photos from past Unity Marches... 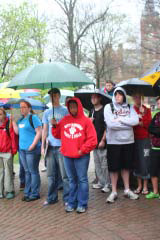 Concerned Black Student (CBS) hosts an annual Walkout to pay tribute to the 38 of the university’s then-45 black students who walked off campus in protest in 1969 after negotiations surrounding 14 demands for racial diversity between the administration and the then-recently founded CBS failed. According to William Kinnison’s Modern Wittenberg, the second of his two-part history of Wittenberg, the list of demands presented by CBS in 1969 included the recruitment of more black students, the hiring of black faculty and staff, and the offering of courses in black studies. The list of demands was prompted by the unwarranted arrest of three black guests who were visiting from another school, and the protest ended after CBS and the administration reached an agreement.