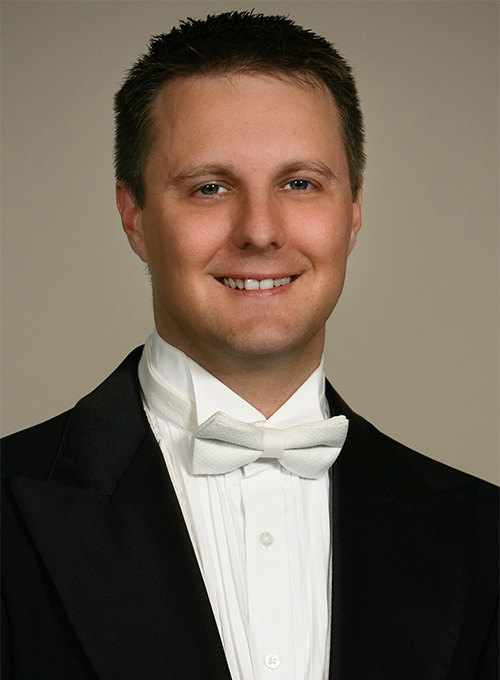 Prior to his graduate studies at the University of Cincinnati College-Conservatory of Music, Jones taught band at the junior high and high school levels in the Princeton City School District. He is in demand as a clinician and guest conductor for area schools and honor bands. He has appeared as a guest conductor with the Miami University Wind Ensemble, Xavier University Symphonic Wind Ensemble, Ohio Private College Instrumental Conductors Association Honors Concert Band, and Messiah College Symphony Orchestra. Dr. Jones has presented at the National Conference of the College Band Directors National Association and is a contributing author to the best-selling Teaching Music through Performance in Band series (GIA Publications). 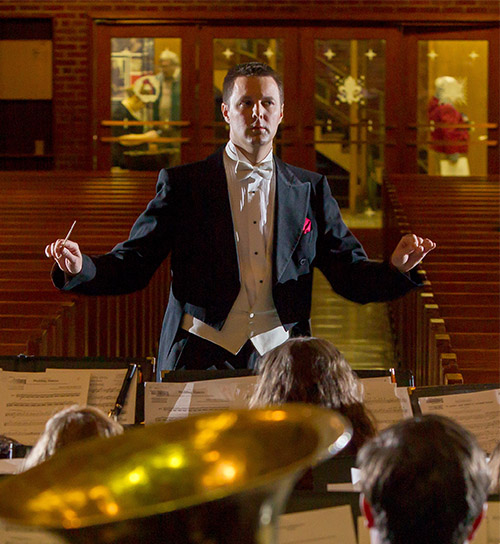 Dr. Jones received a Bachelor of Music in Music Education from Miami University, where he studied conducting with Gary Speck. He received the Master of Music and D.M.A. in Wind Conducting from the University of Cincinnati College-Conservatory of Music as a student of Rodney Winther. Jones lives in Mason, Ohio with his wife, Stephanie, founder of the Mason City School District’s orchestra program, and their daughters Cecilia and Alaina.

In his free time, Dr. Jones enjoys bicycling, home brewing, playing acoustic guitar, and playing strategy board games. He came to Wittenberg in 2006.