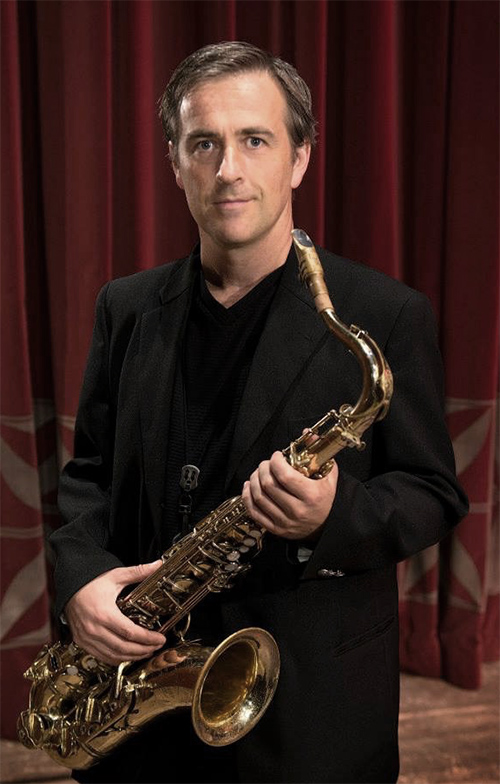 Webb released his debut album, Crackpot Theory, in 2012, with his quintet of the same name. The recording explores original soundscapes from the anthemic and sublime to the expansive spaces and Twilight Zone of free jazz. 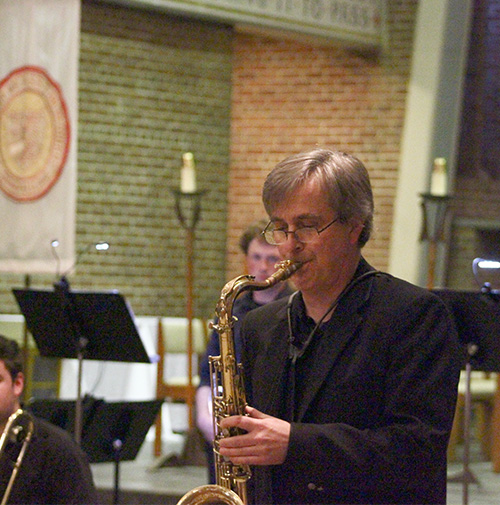 In addition to the Blue Wisp Big Band, Dr. Webb is a member of the Cincinnati Contemporary Jazz Orchestra and Pat Kelly’s PsychoAcoustic Orchestra, and he plays lead alto with the Flying Circus Big Band.

Dr. Webb is equally at home on the bandstand with jazz and pop as he is on the classical stage. He has given classical recitals as both soloist and chamber musician. In collaboration with Cuarteto América, he commissioned Dialogues II for Alto Saxophone and String Quartet from Kent State composer John Ferrito. Other commissions and dedications include Sax Songs for String Quartet with Solo Alto Saxophone (Arcangel Castillo-Olivari) and Serenade for Violin and Soprano Saxophone (Isaac Watras).

Dr. Webb holds a Bachelor of Music degree in jazz studies from the University of North Texas (1994), Master of Music (1997) and D.M.A. (2016) in saxophone performance from the Cincinnati College-Conservatory of Music. He began teaching at Wittenberg in 2018.