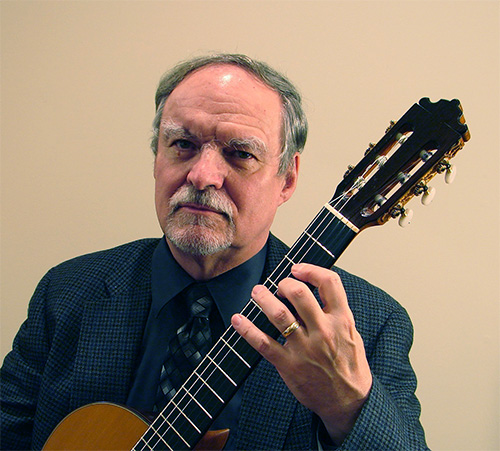 Lawrence Pitzer has studied guitar with Ramon Estrada, Miguel Alboniz, and Jeffery Van, and has attended lute master classes with Paul O’Dette and Ronn McFarlane. He has also studied recorder and early music with Shelly Gruskin and Scott Reis. Pitzer performed with the Hyland Ensemble from 1985 to 1993 and currently performs with Wind in the Woods, an early music ensemble. He holds a BFA degree from Miami University.

From 1972 to 1985, Mr. Pitzer taught guitar at Wright State University and since 1985 has served on the faculty of Cedarville University. He began teaching guitar at Wittenberg in 1971.