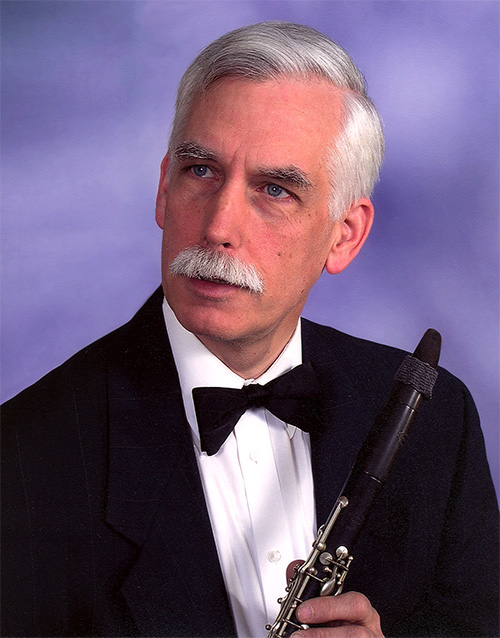 Richard York is a native of the Buffalo (New York) area, where he studied with Allen Siegel and James Pyne of the Buffalo Philharmonic. While an undergraduate at Oberlin College, where he earned a B.A., he studied clarinet with George Wain and appeared as soloist with the Oberlin Orchestra. He has also studied with Stanley Hasty at the Eastman School of Music, Thomas Peterson of the Cleveland Orchestra, and Achille Rossi of the Indianapolis Symphony. He has performed with the American Wind Symphony Orchestra and the Oberlin Opera Theater during their summer seasons and has been principal clarinetist of the Springfield Symphony Orchestra for over 20 years. York is a frequent performer of chamber music and has presented concerts at area museums and colleges.

Mr. has appeared as soloist with the Springfield Symphony, the Clarence (New York) Summer Orchestra, the Springfield Concert Band, and bands at Yellow Springs and Fairborn high schools. He joined the Wittenberg faculty in 1977.