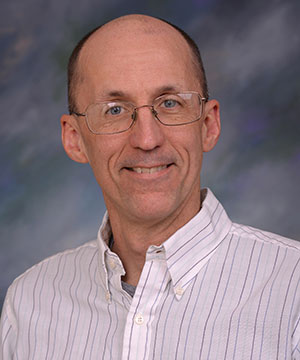 Since his hire as Wittenberg’s lone statistician in 1989, Andrews has created introductory through advanced coursework in statistics, data science, and probability, and has developed and administers major and minor programs in stat and data sci.  He is active in the national stat and data sci education community, presenting his work and leading workshops at regional and national conferences and at other colleges and universities, reviewing articles and texts and programs, and reading for the AP Statistics program.

Aside from the usual academic publications and presentations, his non-teaching professional activity includes statistical consulting jobs for industry, health care, pharmaceutical research, law enforcement, and non-profit organizations, and he engages Witt students in pro bono stat consulting as well. Andrews has also served as an officer for the regional chapter of the American Statistical Association, and has served in the ASA's national committee structure.

His non-curricular contributions to the Witt community include helping establish club sports in ultimate and in men’s volleyball (now an intercollegiate sport), and founding/directing the annual Wittenberg Triathlon. When not playing Dr. Andrews, Doug enjoys as much wood working, playing and writing music, managing a small prairie, hiking, and fitness activities as his aging body permits.

Andrews earned a B.A. in Russian and mathematics from St. Olaf College in 1984, and he came to Wittenberg in 1989 immediately after an M.S. and Ph.D. in statistics from Iowa State. Andrews was tenured in 1995 and promoted to full Professor of Statistics and Data Science in 2004.