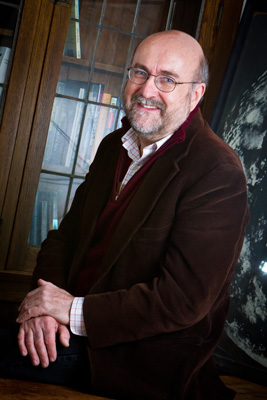 Fleisch has published articles in the IEEE Transactions, The Journal of Atmospheric and Terrestrial Physics, and Microwave Journal, and he has presented more than a dozen professional papers on topics related to high-speed microwave instrumentation and radar cross-section measurement. He has been a regular contributor of science commentary to PBS station WYSO of Yellow Springs, and in 2006 he appeared in the documentary "The Dayton Codebreakers" shown on Public Television. In 2009 he was the first U.S. citizen to receive an Arthur Award from Stuart McLean of the Canadian Broadcasting Corporation. Fleisch was named Outstanding Faculty Member at the Wittenberg Greek scholarship awards in 2000, and in 2002 he won the Omicron Delta Kappa award for Excellence in Teaching. In 2003 and 2005 he was recognized for Faculty Excellence and Innovation by the Southwestern Ohio Council for Higher Education (SOCHE). In 2004, Fleisch received the Alumni Association Distinguished Teaching Award, Wittenberg's highest faculty award.

He was named the Ohio Professor of the Year in November 2010 by the Carnegie Foundation and the Council for the Advancement and Support of Education.  In August of 2013, he was named one of the top 25 Science, Technology, Engineering, and Mathematics (STEM) professors in Ohio. Fleisch received his B.S. in Physics from Georgetown University and his M.S. and Ph.D. in Space Physics and Astronomy from Rice University. He joined the Wittenberg faculty in 1998.

Dr. Fleisch in the News