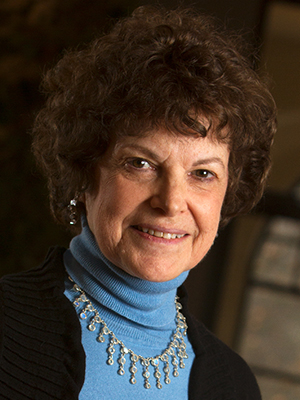 Dr. Rochelle L. Millen, Professor Emerita of Religion, teaches courses on Jewish Tradition, History of Anti-semitism, Judaism in the Modern World, and Women and Religion. She also co-teaches courses on Germans and Jews and Judaism and Christianity: The Formative Years.

Her scholarly interests concern women in religion, phenomenology of religion, and modern Jewish thought. Her lectures and presentations have examined women's rights within halakhah, women's prayer and Torah study, creation in the thought of Simone Weil, Simone Weil and the Hebrew Bible, Reform Judaism, and Abravanel's concept of monarchy. Her publications have explored Martin Buber, Joseph B. Soloveitchik, and the response literature on women and kaddish. She has won academic awards from McMaster University and Stern College for Women, Yeshiva University and research grants from the Lilly Foundation, the Evangelical Lutheran Church in America Division of Higher Education, the American Jewish Archives of Hebrew Union College, and the National Endowment of the Humanities. Millen chaired Wittenberg's international conference on "Teaching the Holocaust: Issues and Dilemmas," held in November 1993 in cooperation with Yad Vashem of Jerusalem. Co-editor of New Perspectives on the Holocaust (NYU. 1996), she currently co-chairs the Religion and Genocide section of the American Academy of Religion.

Millen earned her B.A. at Stern College for Women, Yeshiva University, and her M.A. and Ph.D. from McMaster University. She joined the Wittenberg faculty in 1988.