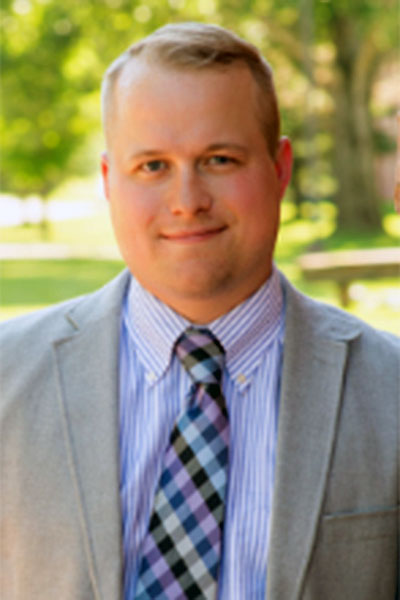 Dr. Travis Proctor, Assistant Professor of Religion, specializes in religions of the ancient Mediterranean, with a focus on histories of Christian cultures in the ancient world (ca. 50-500 CE). His research draws on perspectives from cultural studies, gender studies, and the environmental humanities to demonstrate how the histories of religious cultures have continuing significance for society today. His current research explores early Christian theorizations of nonhuman bodies - particularly those of evil "demons" - and how such conceptualizations impacted early Christian interactions with their cosmic “ecosystems.” His other research interests include topics in ancient environmental history, space & material culture, ecocriticism, posthumanism, and ritual studies.

Dr. Proctor received his B.A. from Washington University in St. Louis and his M.A. and Ph.D. from the University of North Carolina at Chapel Hill.