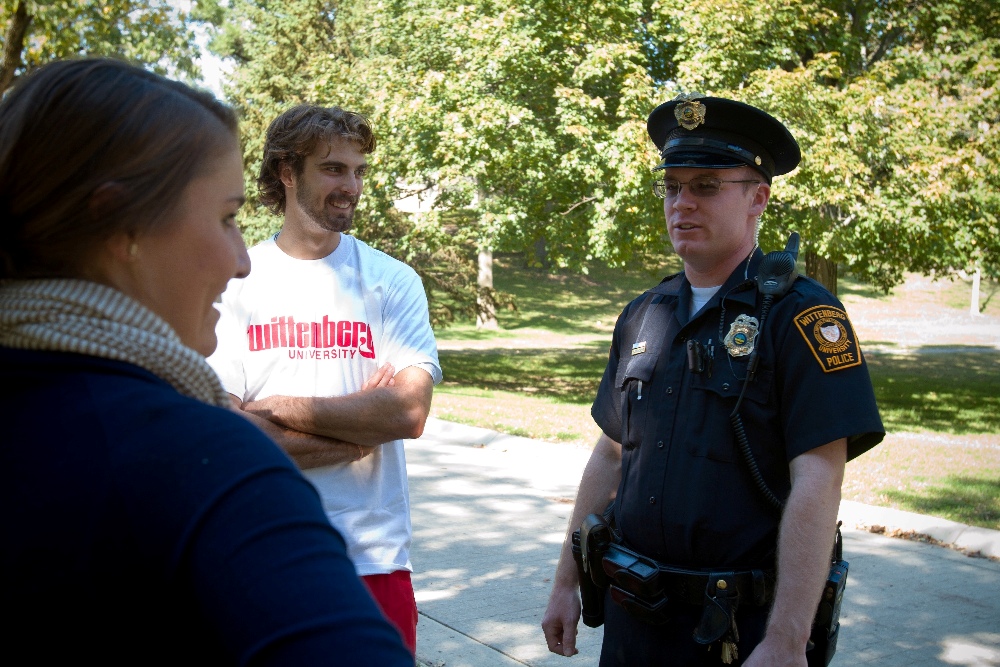 The Wittenberg University Police Division is housed in 3 West Campus Drive, Recitation Hall Annex, on the university campus. It provides security and patrol services to the University District, 24 hours a day, seven days a week, 52 weeks a year. Patrols are continually reviewed and adjusted to meet the changing needs of the university.

The department strives to establish a climate where its officers can perform their duties with acceptance, understanding, and the approval of the members of the Wittenberg community. Of basic importance to the department is that it is an integral part of a church-related educational institution which respects and recognizes the individual dignity of all persons. All officers are expected to treat all persons with respect and compassion.

The Structure of the Department

Security Officers who are trained professional employees of Wittenberg University work with and assist the Police Force. These officers are not authorized to carry firearms while on duty at Wittenberg and do not have the legal authority to physically detain, search or arrest any individual.

The Police Division is supervised by the Chief of Police/Director of Security, who is a full-time Wittenberg employee and a member of the Wittenberg Police Force. One of the chief responsibilities of the Chief of Police is to prepare and implement an annual Crime Prevention Plan for the University District. This document describes the department's safety plan for the coming year, and includes how it intends to disseminate safety information, what matters it intends to emphasize in the coming year, and what programs it intends to implement or continue.

Bicycles specially equipped for the Police mission are used by selected officers in the performance of their duties. These bikes are used throughout the year but most frequently in the spring and fall. While many benefits have been observed, the most notable is community interaction, response speed and stealth. Bike patrols provide "authority figures" which blend more comfortably into the community and have been extremely well received by the student population.

The Jurisdiction of the Department

WEST: The West curb on the West side of North Plum Street.