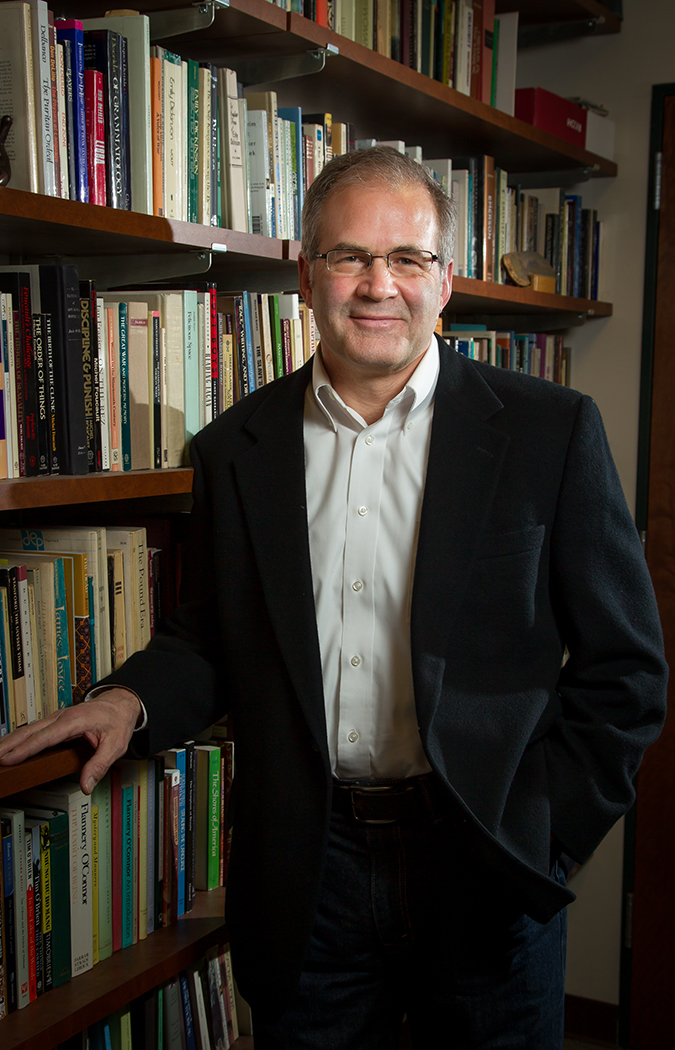 Robert Leigh Davis' fascination with literature began when he heard Gary Snyder recite "Smokey the Bear Sutra" at something called The Tribal Stomp in Berkeley in 1977. Dr. Davis has been teaching, writing, and tribal stomping ever since. He's published widely on American literature and teaches courses in literature and spirituality, composition, the medical humanities, and nineteenth-century American literature. He's directed both the Writing and the First-Year Seminar programs at Wittenberg. In recognition of his commitment to undergraduate education, Dr. Davis has received two Wittenberg teaching awards and been selected as an honorary alumnus by five different graduating classes. His book on Walt Whitman is published by the University of California Press. His current book project is titled, "Sacred Play: Spirituality and American Literature."