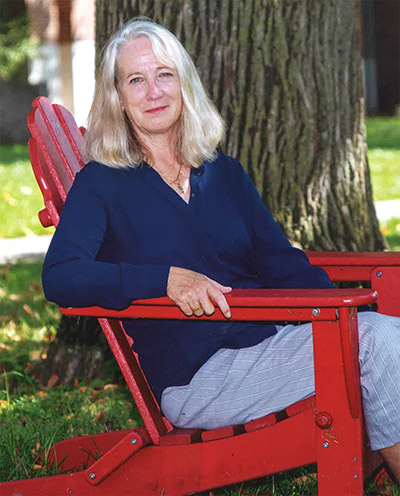 Dr. Richards fell in love with literature during a seminar on John Keats her first semester at Brown University, where she earned her B.A. in 1984, and although she redirected her passions toward eighteenth-century literature during her graduate days at New York University (Ph.D 1996) she has remained a committed teacher and scholar ever since. Her teaching interests include eighteenth-century literature, the woman writer, war, romance, and how the study of all of the above intersects with living a meaningful life. A Fulbright Scholar, she is co-editor of Approaches to Teaching Behn's Oroonoko and editor of Mary Wollstonecraft's The Wrong of Woman paired with William Godwin's Memoirs of Wollstonecraft's life. Widely published, Dr. Richards is also a contributing editor for The Scriblerian. From 2009-2015, she chaired the department.