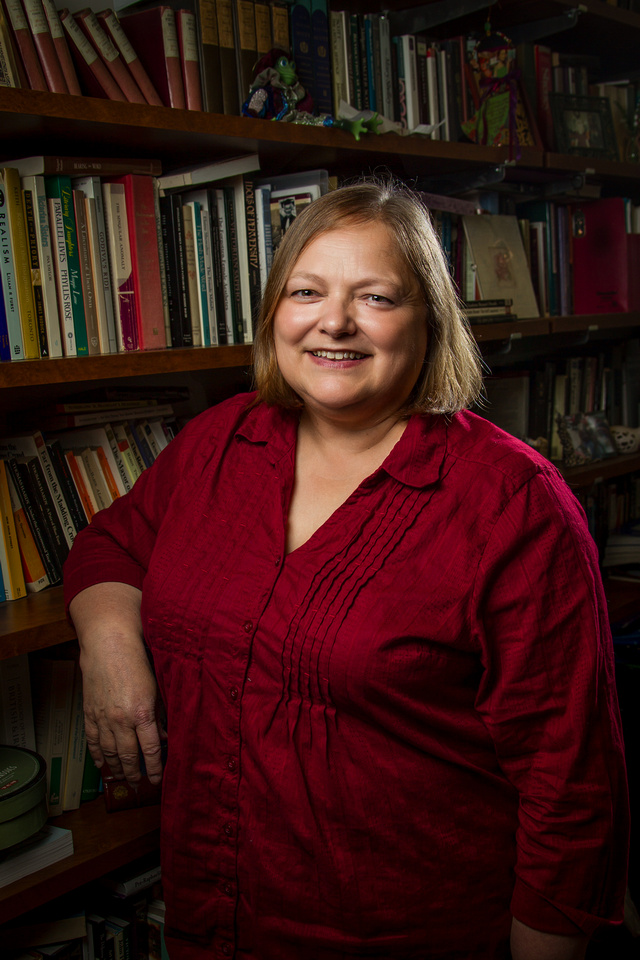 Professor of English
Chair of the Department
rinboden@wittenberg.edu
(937) 327-7064
Hollenbeck Hall 106

By the time she was in high school, encounters with Keats, Hardy, and Cary Grant had firmly established Robin Inboden's passions for nineteenth-century British literature and American movies of the 1930's and 1940's. With the proceeds from her first national publication - an article and quiz on old movies in Seventeen magazine - she bought a Victorian reproduction chair and applied to college, where she earned her degree in English and decided to pursue graduate studies. At Wittenberg since 1989, she has directed the Women's Studies Program and the Honors Program; she chaired the English Department for nearly ten years. She has published and presented on such diverse topics as Barrett Browning, Tennyson, Wordsworth, Hitchcock, George Eliot, and screwball comedy.