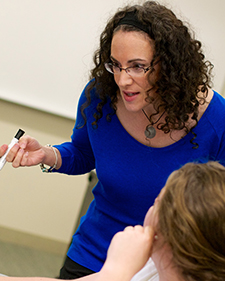 Dr. Crane is an Associate Professor of Psychology and the Director of Wittenberg’s interdisciplinary East Asian Studies Program. As a cultural psychologist, her work focuses on the question of how cross-cultural differences emerge and are maintained over time. She and her research students investigate the socializing effects of language use and religious engagement in the United States, Japan, and India. Her courses address how culture and language reflect and support human psychological functioning, including Psychology & Culture, Psychology of Language, and Cultural Research in Psychology. Off-campus, she provides cross-cultural training seminars to American business executives and U.S. Air Force personnel. Dr. Crane has taught courses at Kenyon College, Williams College, Stanford University, and Nagasaki Junior College in Japan, and has lectured at Banaras Hindu University in India. Additionally, she has carried out social science research & development work in a corporate setting at Sociometrics Corporation. She earned her her B.A. from Yale University and her Ph.D. from Stanford University.