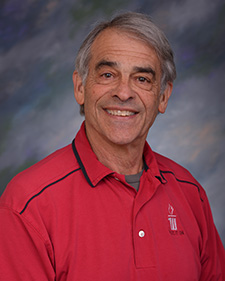 He has worked with colleagues studying domestic violence and has twice been a National Research Council Senior Research Associate at Wright-Patterson Air Force Base, where he conducted problem-solving research at the Armstrong Laboratory. Designer of a topics course, "Cruelty and Kindness," he regularly teaches in the areas of nonverbal behavior, social psychology, statistics, and group problem-solving. Brown has introduced sophisticated video-recording equipment into the psychology laboratory and course work.

Former Chair of the Department, he received his B.A. from Bard College and his M.A. and Ph.D. from the University of Delaware. He joined the Wittenberg faculty in 1977.