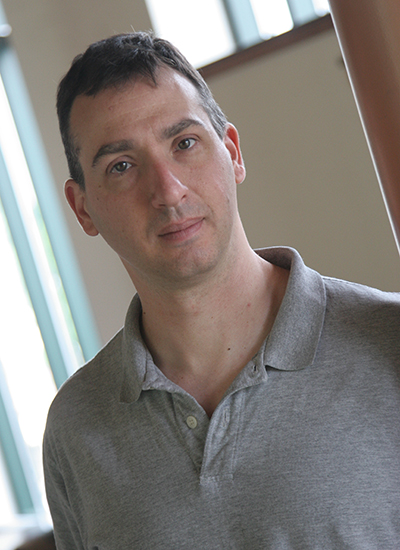 Dr. Rosenberg in the News

Since arriving at Wittenberg, I have sought to develop both a broad and specific course of study in African History. I have tried to provide a breadth of courses to attract those of casual interest as well as those wanting to more detailed study. The courses I offer range from two surveys of African History (Africa to 1500 and Africa since 1500) to a survey of South Africa. For those students interested in contemporary Africa, I offer a variety of courses that examine several instances of civil wars/genocide in post-colonial Africa. This class represents a challenge as it could reinforce stereotypes about Africans, however, I feel that this class has the potential to help us get past those images and gain a better understanding of the root causes of these tragedies. As a southern Africanist, I also have two upper level classes focusing on South Africa. One is a seminar on the origins of Apartheid in South Africa and the African responses, and the other is a comparative racial history focusing on South Africa and the United States. In addition to teaching classes about Africa, I also offer two mid-level classes on African-American history.

For the last fifteen years I have been able to combine my interest in African-American history, American racial history, and my love of baseball in a class on the "Negro Leagues."

On a professional level I have served as United States editor of the online journal, Safundi which publishes comparative work focusing on the United States and South Africa. I have written a number of scholarly articles on Lesotho, been the main author and editor for two editions of The Historical Dictionary of Lesotho. Also, my book manuscript, Promises of Moshoeshoe: Culture, Nationalism and Identity in Lesotho, is available from the Institute of South African Studies Press.

Since the summer of 2003, I have taken a over 400 Wittenberg students (on 15 different trips) to the southern African Kingdom of Lesotho for 30 days. Lesotho holds a special place, as it is where my love for Africa was kindled during my time as a Peace Corps Volunteer there. During our stay in Lesotho we spend one-week helping build houses for orphan headed-households with Habitat for Humanity and 2 weeks building playground equipment, repairing buildings, building greenhouses, and painting schools. These projects are done both at rural schools and at facilities that care for orphans and other vulnerable children. We also do some volunteer work at a pediatric AIDS clinic. In addition to our volunteer work, we have several lectures from local professors and participate in a number of cross-cultural activities. On our way home we have been treated to 3 days of game viewing while on Safari in Kruger National Park in South Africa. I am planning on taking another group in the summer of 2021.

Working with a dozen students starting in the fall of 2014 we started researching the problem of malnutrition in Lesotho as well as possible ways to tackle the problem. In the summer of 2015 we reached agreements with the Government of Lesotho, World Food Programme, UNICEF, and Touching Tiny Lives to supply a nutritional supplement and food to 3,000 children under the age of 5 suffering from stunting and severe malnutrition. We are now providing meals to 26 partner organizations in 8 out of the 10 districts. We partner with nearly 25 schools and churches…Malnutrition and stunting are severe issues in Lesotho, and it is particularly acute in the mountain district of Mokhotlong were the rate for children is nearly 40%.  We have packed and shipped over 1,950,000 meals so far. In December of 2016 we became a registered non-profit with the State of Ohio and have received 501© (3) status as a non-profit from the IRS. This has become a student led project, in which students from several different majors apply their skills to help organize packing events, fund raise, social media, accounting, and run a non-profit. Many of the students engaged in this project are Peace Corps Prep majors, and several have recently been accepted to serve in Peace Corps.