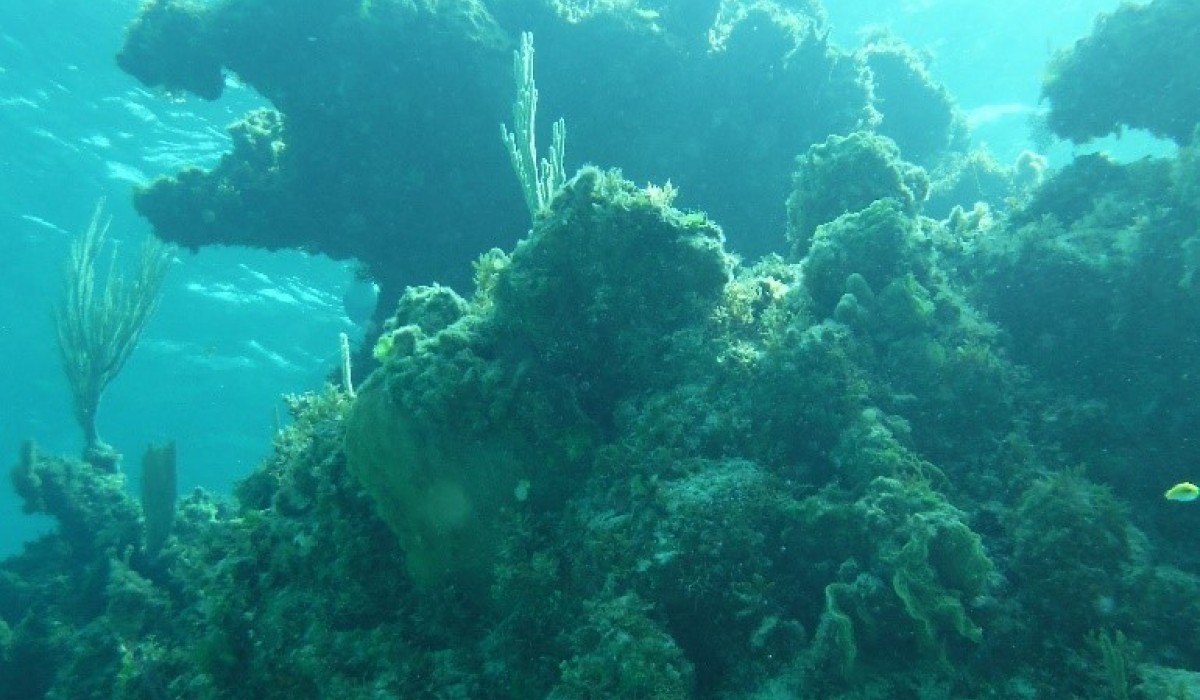 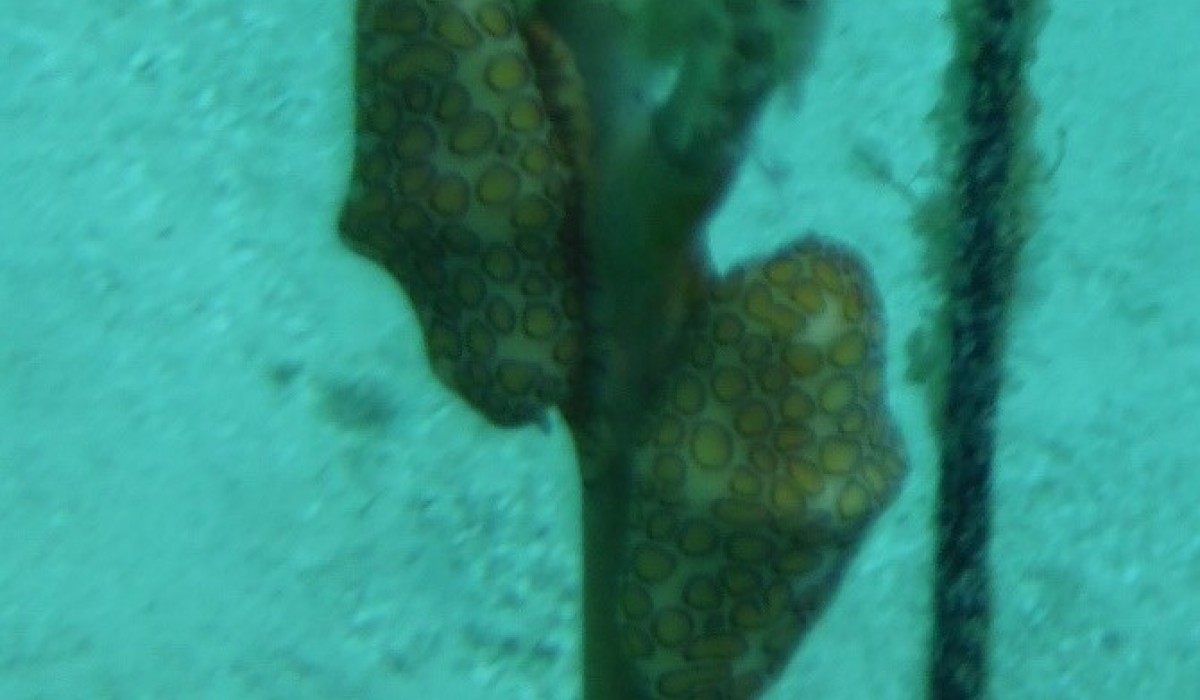 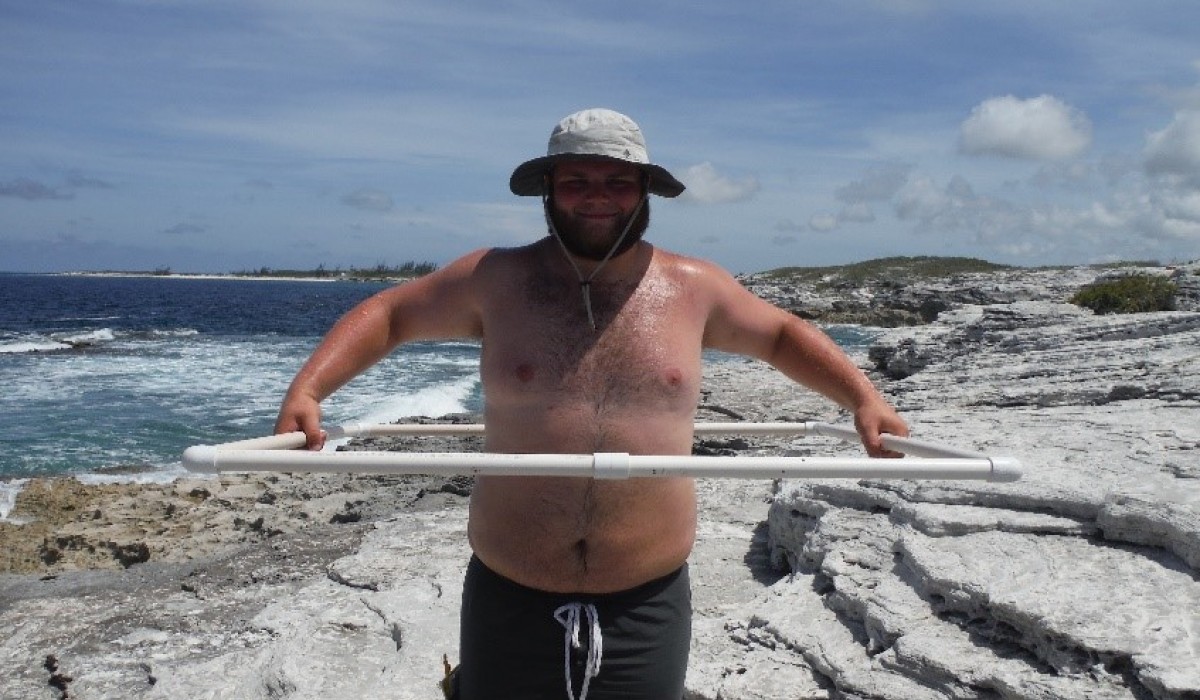 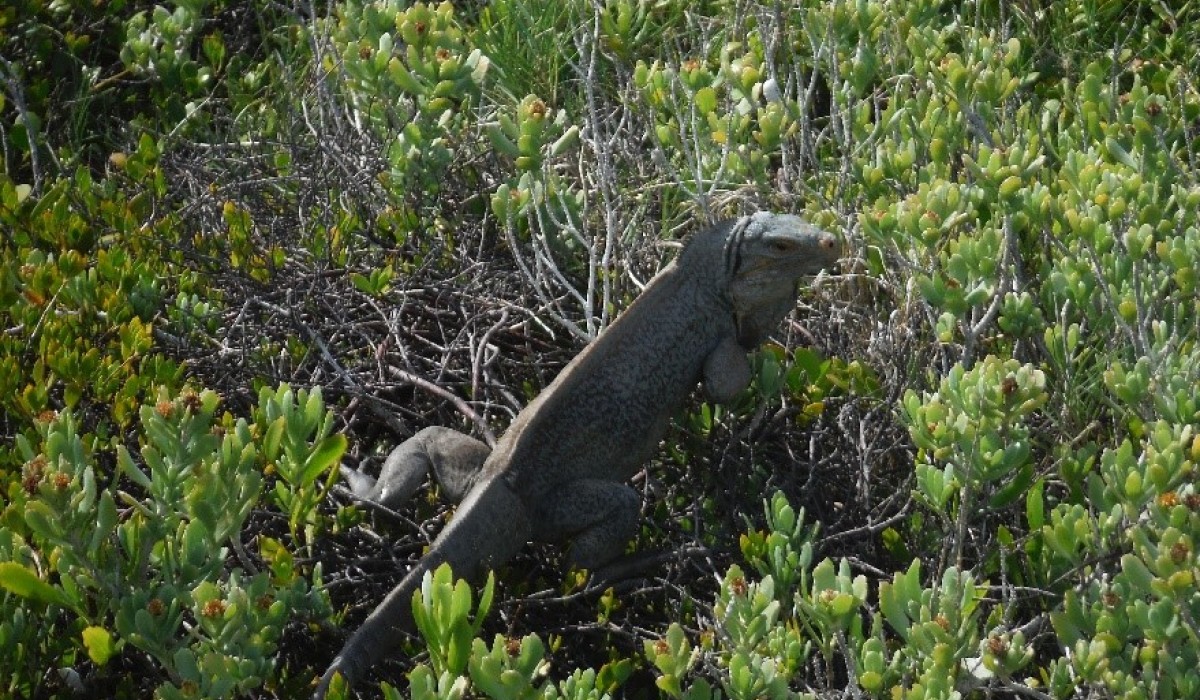 Today was quite an eventful day. The first site we visited is called Sue Point, just north of Bonefish Bay and Club Med. It is a shallower reef closer to shore than most of the other site we have visited. The reef was pretty fragmented; most of it formed from smaller patch reefs. This site though is relatively close to the wall so some pelagic species have a tendency to come up into it. The reef was dominated by soft corals; sea fans and sea rods, along with a couple other gorgonians. The most Flamingo Tongues, a type of mollusk that eats gorgonians, that we have seen are at this site. A pair of photogenic Scrawled Filefish swam past us before disappearing into one of the many crevasses in the reef. As always there were swarms of blue tangs and many different species of wrasse and juvenile parrotfish, with several adult stoplight and princess with them. One animal that we were not expecting to see showed up about ten minutes after we got out of the water and heading back to the truck, a pod of Dolphins.

The second site we went to after lunch required a little bit of a hike to get to, and had us use rock climbing skills we never knew we had to get to Cut Cay out from North Point. It was a beautiful hike with amazingly blue water and cool cloud formations around us. Once we got out to Cut Cay, our task for this site was to learn how to use quadrats and take samples of organisms as unbiasedly as possible along our transect line. Then came the fun part of setting up the quadrats, which are PVC pipes connected to form a one meter square. The survey started in the yellow zone, then up to the black zone, and then ended in the white zone; geologists being as clever as they are, named the zones after the color of rock. It spanned over a 14 meter stretch of the coastline and raised up about twenty feet. Using the quadrats we counted every single snail on that transect. The one snail that really gave us a heck of a time was the Coffee Bean Nerite. The largest being a quarter of an inch with a few hundred of them all over the rocks. A close second was the Zebra Periwinkle, not much larger than the Coffee Bean just as if not more numerous. The tide complicated things a little bit as well; from when we started to when we finished, the starting point was under a few feet of crashing waves. Furthermore the walk back was a little wetter than what we expected. Rather than climbing back up the cliff we scaled to get down there, we waded back on the lee side of the peninsula. On our way back we saw another rare sight, the San Salvador Rock Iguana. It is critically endangered with only about 500 individuals left; we saw four mature males. Which also means that the females could have been on the nests, fingers crossed. It made up for the chest high wade back and all the sunburns.

After a long deserved meal, we dragged ourselves to the lab for a short class period. Two groups presented their sites: one group presented Bonefish Bay and the other group presented the North Point sea grass beds. After class several of us grabbed the projector and watched finding Nemo until we passed out from exhaustion from a hard days work.