As a member of the Collegiate Ice Hockey Association (CIHA), the Wittenberg Ice Hockey Team recruits individuals of all abilities to play exciting, fast-paced and hard-hitting hockey. 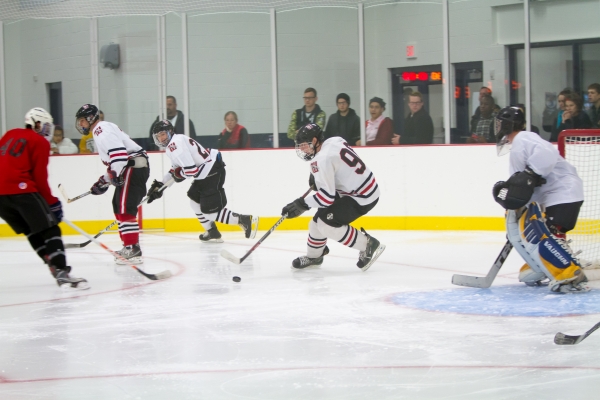 The season begins in late September and concludes in early March. Practices and games take place at the NTPRD Chiller, located just blocks from Wittenberg University's campus in Springfield, Ohio. The NTPRD Chiller opened in 2013 - it is owned by the National Trail Parks & Recreation District in Springfield and managed by Chiller LLC, which also manages eight other ice rinks in Central Ohio.

Past seasons have consisted of approximately 15-20 games, including two tournaments a season. Travel for away games is limited to Ohio and neighboring states. The team has faced tough competition from teams around the region, including teams representing IPFW, Xavier, Denison, Louisville, Wooster, Indiana University and Eastern Kentucky University. Players are responsible for their own equipment.

You can reach this organization’s officers by emailing icehockey@wittenberg.edu