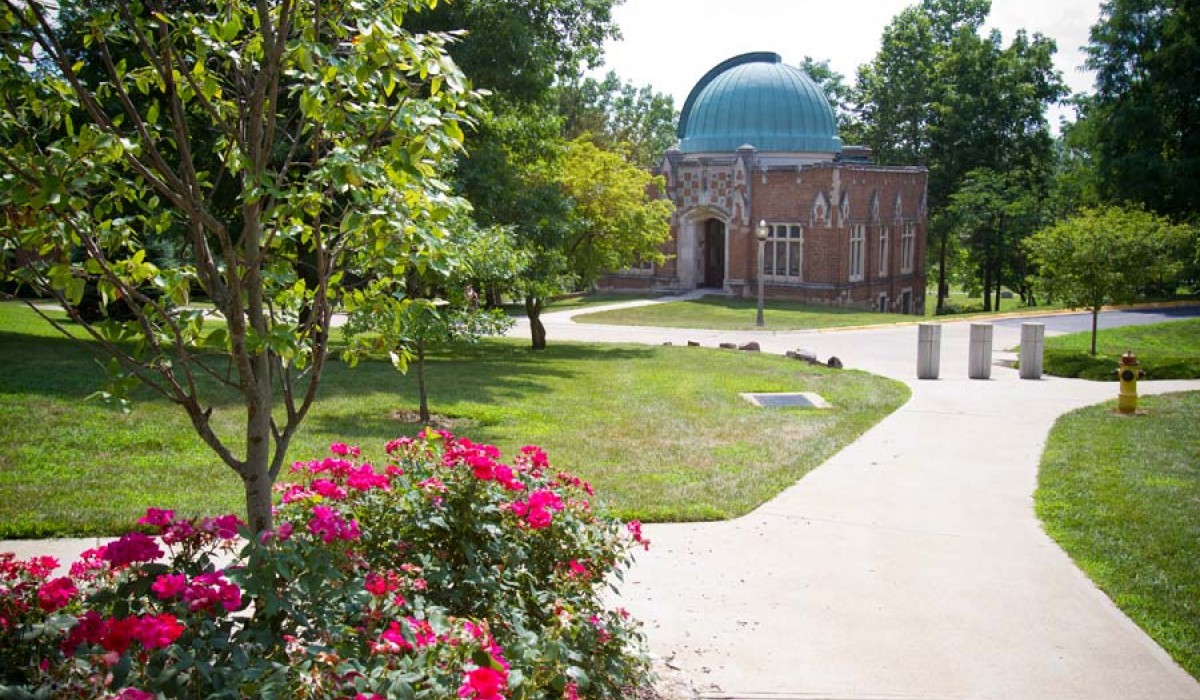 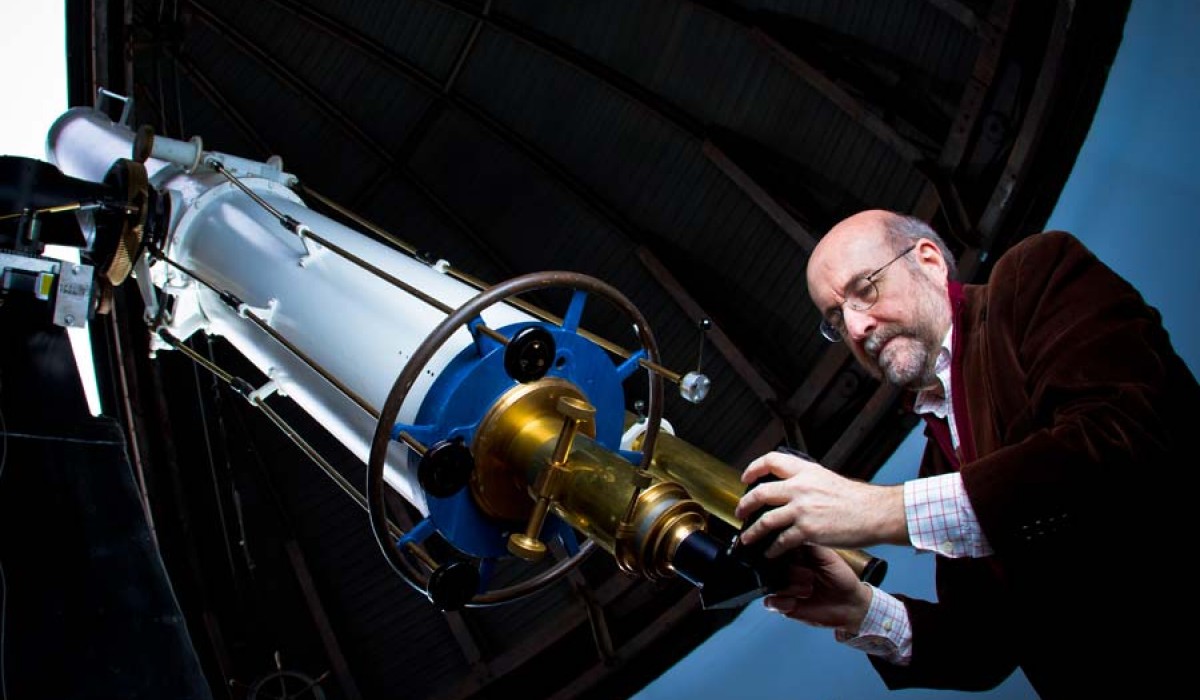 Dr. Fleisch preparing the Weaver Observatory telescope for use. 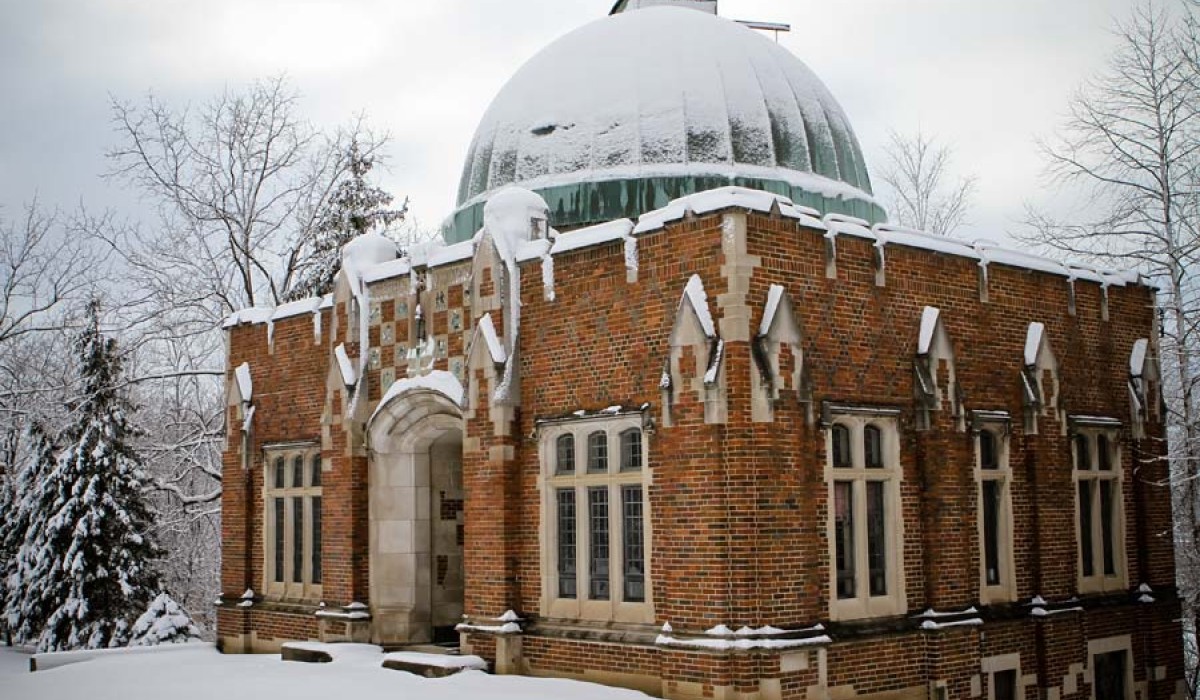 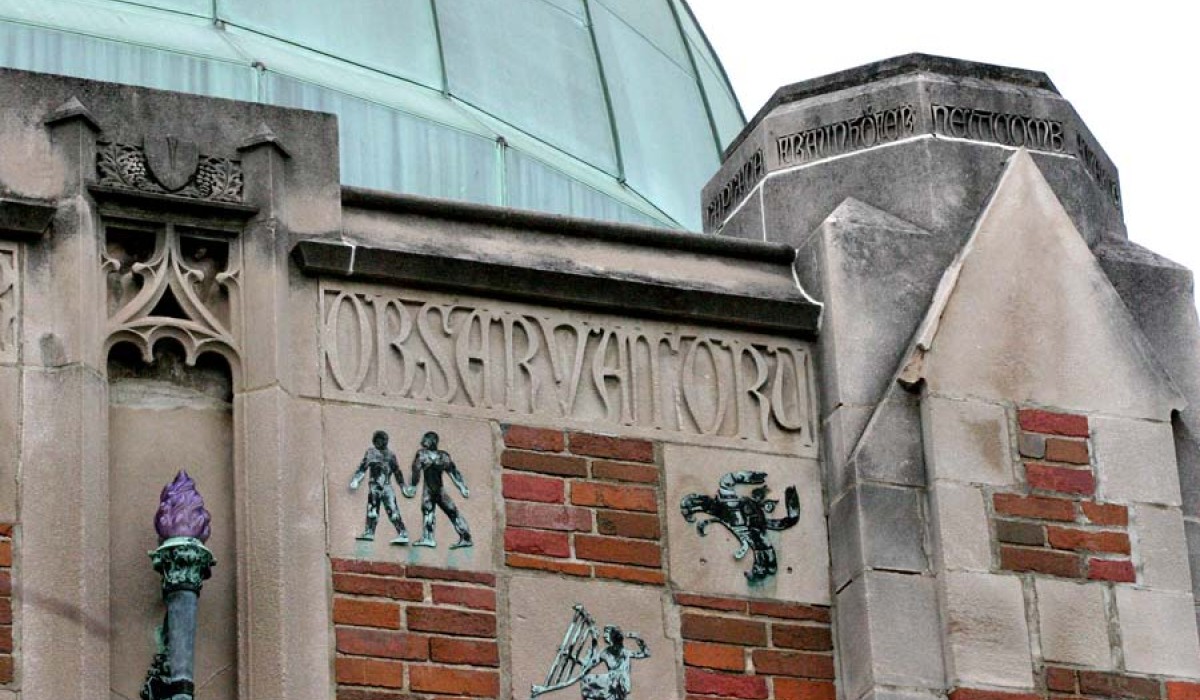 Built with donations in 1931 from the Elgar Weaver family of Brookville, Ohio. Dr. Hugh G. Harp, professor of mathematics and astronomy, was the first director of Weaver Observatory.

During the observatory's early years, it was used for research by both members of the Wittenberg community and from nearby Wright-Patterson Air Force Base. Now it is primarily used as a teaching aid in the university's astronomy classes and for stargazing enjoyment activities.

The building measures 38 feet by 44 feet and is topped with a copper dome which is 22 feet in diameter. Including the dome and observation deck, there are three working floors inside the observatory. The entry-level floor houses includes several office and meeting spaces, a clock room that houses the observatory's sidereal clock, also called a star clock, and a meridian transit telescope. This telescope was originally used to record the exact transit times of stars. Positioned along the north-south longitude line that passes through the building, a scope like this can be used to obtain extremely accurate measures of the latitude and longitude of the observatory.

The basement was designed to be a computational laboratory; and it previously served as lab space for the Department of Psychology. Originally equipped with a darkroom for film developing and glass plate photography, this area was ideally suited for the photographic needs of the era. A small library and museum in the basement housed information about astronomy history.

The observatory's main attraction, however, is the dome. Beneath it is the university's main observational instrument— a telescope with a 10-inch refractor lens. The refractor was placed in the observatory in the spring of 1931; however, the 10" objective lens, cast by the Carl Lundin Co., was probably completed up to a year earlier. The telescope was refurbished in 2003, with careful attention paid to preserving the vintage instrument.